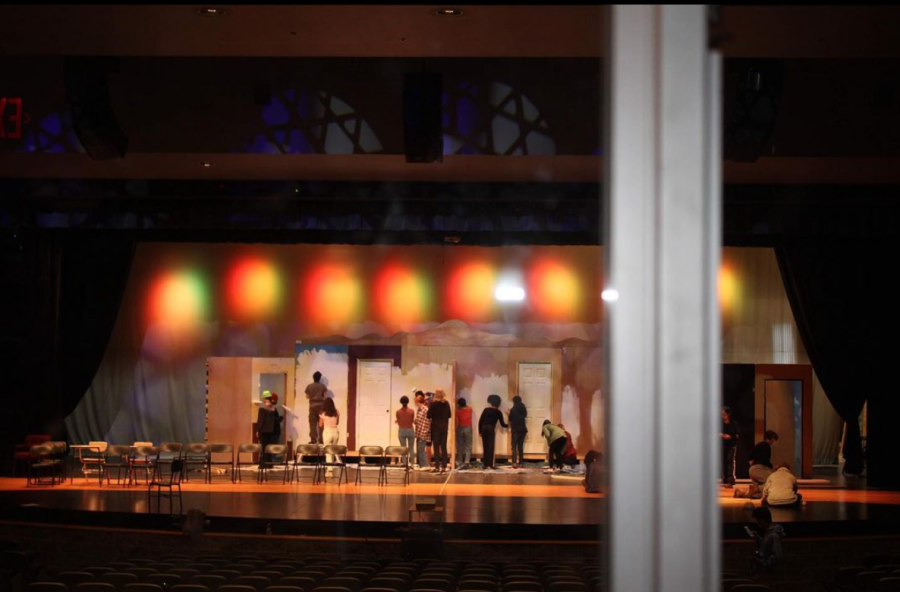 RM’s Black Maskers Drama Club pushes through the pandemic with plans for the production of “Clue.”

The Black Maskers Drama Club is the largest and oldest club in RMHS, going back to forty-five years of theatrical productions with a community that has an average of three hundred students. In a typical year, the club produces two mainstage shows: one musical in the fall and a play in the spring. However, with the spread of the coronavirus and the shutting down of schools, this club has had to modify its system to fit a virtual setting.

The backstage crew, for example, would traditionally run furniture and set pieces around the stage. Now, they run deliveries of costumes and props to the actors instead. Despite the isolating feeling virtual learning might bring and the challenges of grasping topics, the club has worked tremendously in trying to give every student a fun and learning experience. “We have had training videos created by every crews’ chiefs and virtual meetings to present and discuss how we do things in-person and how each crew will deal with virtual,” Black Masker’s sponsor Eric Rodney said via email. “We have also had four RM alums working in theatre, film, etc., as guest speakers, which were well attended.” Essentially, each student is doing their own individual thing, but working collaboratively with the rest of the club.

Even though the club will not perform its two mainstage shows this year, it is still determined to produce a mystery movie called Clue virtually. “We just had our Interest Meeting for Clue last week, and turnout was even better than we expected, so I’m very hopeful about it,” club leader and RM senior Bridget McKirgan said via email. Black Maskers has never done a performance virtually, but luckily they have a new director this year that has done virtual performances before and can share her insight and experience.

I feel like, despite all of the changes we’ve undergone, the heart of the club has really stayed the same.”

With the reopening of schools in March, it could potentially impact theatre productions such as Clue. However, since everything has been set to be performed virtually regardless of new changes, this will most likely not be the case. If anything, it could possibly benefit some of the crews, according to Mr. Rodney. “Depending on the rules set forth by MCPS, we may be able to record some parts on-stage to incorporate into the final virtual production. If that is the case, it will give an opportunity for lighting, sound, costumes, and a few other crews to participate as well.”

Since Black Maskers has faced several changes in their system because of the atypical year, it may have made it difficult for the club to obtain the same amount of enthusiasm that it would have had in the school building—especially when the average number of students in the club was previously 300, disappointingly dropping down to 150 this year. “The fact that we are still a large club is encouraging, but it’s just not possible to have the same energy, participation, or comradery as you would have being able to work and perform live,” Mr. Rodney said.

Notwithstanding this, though, McKirgan still believes that the overall magic of Black Maskers is still there. “I feel like, despite all of the changes we’ve undergone, the heart of the club has really stayed the same.” Everyone who did join the club has been generally keen to participate despite the different specific duties required—especially a large number of freshmen. This is a good surprise as it is their first year, and they will be the building blocks of Black Maskers for the years to come.

Even though COVID-19 has brought many struggles and disappointments regarding school and clubs, the Black Maskers Drama club has still been able to push through it all by giving its students various opportunities and the chance to produce a movie virtually for the very first time. It is undeniably incredible and makes this club worth doing despite the hard times we are in right now. The Black Maskers Drama club will surely brighten up anyone’s tunnel and give you a supportive and uplifting community during this isolating time.