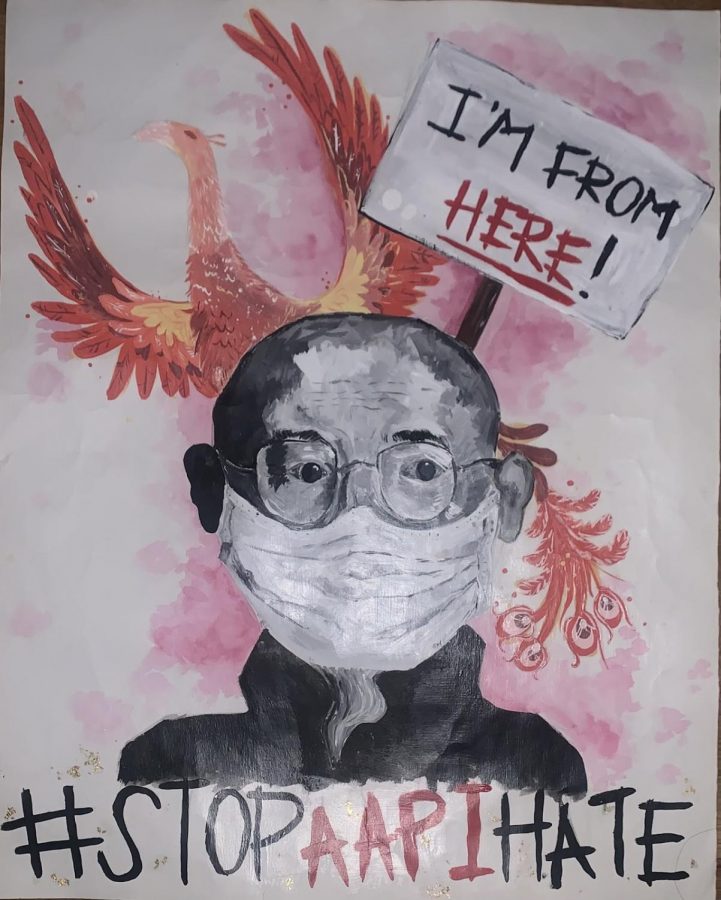 The start of June marks the end of the country’s 51st Asian American and Pacific Islander (AAPI) heritage month, first signed into law by George H.W. Bush in 1990. As the tenth most diverse small city in the United States, Rockville is home to around 13,500 people of Asian descent, forming 20 percent of the population, by census data and Wallethub estimates.

As part of county-wide celebrations taking pride in the AAPI identity, multiple coalitions, including the Asian Pacific American Student Achievement Action Group (APASAAG), Chinese American Parents Association of Montgomery County (CAPA-MC), Calvin Li Memorial Foundation, Chinese Culture and Community Service Center (CCACC), Lead for Future Academy, and Association of Vietnamese Americans (AVA), joined together to sponsor a county-wide poster contest. This is the second time this event has been held, a recurrence of last year’s contest, in what judges said may hopefully become an annual tradition.

The contest was open to all Montgomery County students in grades from K-12 and was judged by a three person panel. The three judges were Chil Kong (artistic director at Adventure Theatre MTC), Athena Robles (Chair of the Asian American Art Alliance), and Shineh Yoon Kim (founder of Shineh Art Studio).

This year’s competition theme was courage. All poster entries were required to be original works of art demonstrating current or historical examples of acts of courage performed by AAPI. For many Americans of Asian descent, racist rhetoric and ill-assigned blame regarding the origins of the coronavirus in Wuhan, China, has led to a particularly turbulent year, with anti-Asian hate crimes in major cities increasing by 150 percent since the start of 2020 (Center for the Study of Hate and Extremism, CSUSB).

Superintendent Jack Smith indicated that the theme was a deliberate choice. “The pandemic has brought out the best in so many, and the worst in others. Many Asian Americans have been the focus of a torrent of racist attacks and stereotypes during this time — it’s so sad and tragic. Reflecting on courage [is] something that is important to do at any time is essential right now,” Smith said.

A total of 170 student art pieces were submitted across the elementary, middle, and high school categories, a significant increase from the 70 entries in 2020. Three winners and honorable mentions were chosen by the three judge panel from each age division, with cash prizes of $100, $75, and $50 awarded to the first, second, and third place winners respectively.

“In MCPS, we work hard to make sure equity is embedded in our work for our students, and I know it will continue to be so in the years to come,” Superintendent Smith said. Full artworks and winners can be viewed on the APASAAG website.