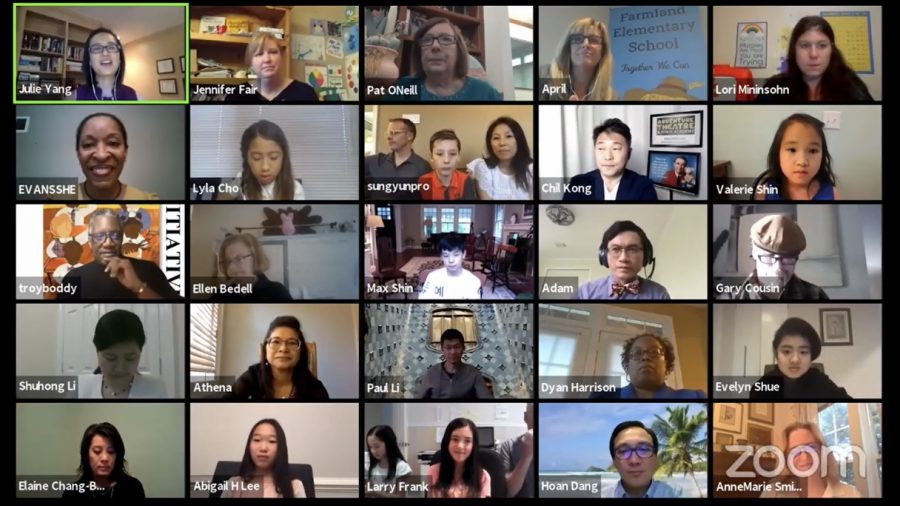 In 1992, the month of May was officially named by the U.S. government to be the Asian-Pacific American Heritage Month. The month pays tribute to the influence that generations of Asian Americans and Pacific Islanders (AAPI) have had on history.

“[During this month,] the fifty plus ethnic groups that comprise this community come together to command a presence where they are often rendered invisible under the lack of inclusion in the public dialogue,” said Aryani Ong, APASAAG member and creator of the AAPI Heritage Month K-12 Poster Contest

Currently, AAPIs make up the fastest growing population in the United States. In the Montgomery County Public Schools (MCPS) system, AAPIs comprise 14.4 percent of the student population and 5.7 percent of school staff.

The Asian American and Pacific Islander (AAPI) Heritage Month Poster Art Contest was held to celebrate the contributions of Asian and Pacific Islanders from all over the globe. In the competition guidelines, students were asked to portray a notable Asian American in their artwork. Poster entries were encouraged to illustrate images that represented the figure’s lasting contributions to society.

“The goal of this poster art competition was to dispel the perpetual foreigner myth [of the AAPI community] and place AAPIs properly alongside Americans in history,” Ong said.

The poster contest accepted student submissions all throughout March, with a postmark deadline on April 1, 2020. Ultimately, 70 art pieces were submitted by students from all across Montgomery County in the elementary, middle, and high school categories. Three winners and honorable mentions were chosen from each age division.

The three judges of the Poster Art Contest are all art-performing professionals in the local community. The judge panel consisted of Chil Kong, (Artistic Director of Adventure Theatre MTC,) Athena Robles, (Board Chair of the Asian American Arts Alliance,) and Shineh Kim Yoon, (founder of Shineh Art Studio, LLC.)

While judging the poster art entries, judges were asked to score on four indicators equally. The four guidelines were originality, art quality, clarity of theme, and poster presentation. “Because of the [high] quality of the artwork that was submitted, the judges said that it was difficult to make decisions. So kudos to everyone who participated,” Ong said.

On the evening of May 20, the Asian American and Pacific Islander (AAPI) Heritage Month Poster Art Contest awards ceremony was held via a Zoom call. The virtual event attracted a diverse audience of members throughout the Montgomery County community, including County Councilmembers, Board of Education representatives, and Montgomery County educators.

The ceremony celebrated the creative efforts of all student participants and formally recognized the competition winners. Each of the thirteen student winners was invited to share the backstory and inspiration behind their artwork. While the person portrayed in each of the posters was different, each student artist explained how they were similar in holding important societal influence.

“Patsy Mink was the first Asian American woman elected to Congress. I chose [to draw] her because she allowed for future generations to have a better education,” said twelve year old Clara Frank, second place winner of the middle school category and sixth grader at North Bethesda Middle School.

“I chose to portray Ken Jeong, because I believe that he paved a new path for Asian-Americans by breaking the stereotypes and becoming a comedian and actor and not only a doctor or engineer,” said fifteen year old Max Shin, third place winner of the high school category and freshman at Winston Churchill High School. “This shows young Asian-Americans to follow their dreams and not settle for becoming what their parents might expect them to become, but to push themselves and do what they want to do”

At the same time, McKnight voiced her support for the educational opportunities that the initiative provided. “It is absolutely critical that our students understand the rich history of Asian Americans and Pacific Islanders, and take time to reflect on the many challenges they’ve overcome and the successes that they’ve experienced,” McKnight said. “I’m thrilled that so many of them have had a chance to participate in this contest to learn more about their community.”