Trump becomes the third president impeached in US history 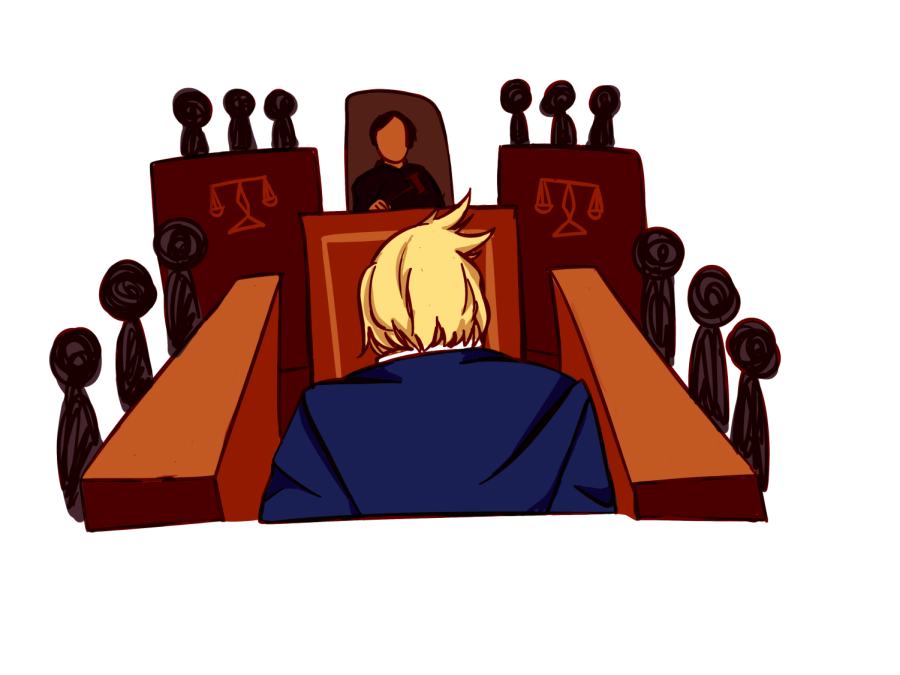 President Trump’s impeachment trial in the Senate began on Jan. 22, 2020.

On Jan. 22, 2019, the Senate held the third impeachment trial in history. In the month prior, the House of Representatives voted to impeach President Trump, charging him with high crimes and misdemeanors to merit his potential removal from the presidency.

The trial, taking place Jan. 22, will question Trump’s motives in terms of the “Ukraine Scandal” of July 2019. Article I, “Abuse of Power,” accuses President Trump of pressuring the Ukrainian government into announcing an investigation into the Bidens through withholding both a White House meeting and military aid. Article II, “Obstruction of Congress,” accuses Trump of trying to impede the impeachment inquiry by urging government agencies not to comply with subpoenas and witnesses not to cooperate, according to Vox.

The Democrat’s method through the Jan. 22 trial appears to be to throw caution to the wind. According to CNN, Democratic House impeachment manager Adam Schiff was somber in his opening remarks on the Senate floor, warning his fellow lawmakers that if President Trump is not convicted, future presidents may “operate as if they too are also beyond the reach of accountability.”

Trump’s impeachment has fueled controversial reactions from people across the country, including the RM community. Some students believe that the impeachment will not make a difference, while others think it will have a lasting effect on the current government. “I’m pretty sure he doesn’t care about being impeached, but he’ll still do anything he can to make his goals [happen],” junior Caylin Rodgers said.

Furthermore, some students see the impeachment trial as bad judgment by Democrats. “Democrats made a bad decision whichever way you look at it. To the large supporters of the conservative side of politics, it looks like a bad decision,” an RM junior who wished to name anonymous said. “It simply won’t be supported by the Senate, it’s a failing battle that makes the Democrats look even worse than they already do.”

On the other hand, some students recognize the importance of Trump’s impeachment as a defining moment in US history; the only other presidents to be impeached were Andrew Johnson in 1868 and Bill Clinton in 1998. “The first two impeachments were very different than this one, in my opinion,” junior Jeremy Liberman said. “Congress is going to feel emboldened to do this and not as restrained as they have been in the past.”

Discussing the process of impeachment more in school could increase respectful political discussion and awareness of the topic, and both students and educators express the opportunities that a process like an impeachment brings to the classroom. “We’re living in a moment that has been very rare in the political world,” government teacher Bill Vicari said. “It’s helpful for government teachers like us to point to the newspapers and say ‘here’s what it is!’ during the curriculum.”

After the impeachment charges were established, both political parties voiced strong opinions throughout the country, further increasing bipartisan tensions. “The entire process of the impeachment reflects the polarization between the two parties … it will slowly drive the parties apart and become even worse,” Mr. Vicari said.

However, President Trump himself has not expressed any drastic changes in attitude in response to his impeachment. During a campaign speech in Michigan, Trump reaffirmed his belief in his presidential support. “We didn’t lose one Republican vote [in the House], and three Democrats voted for us,” Trump said. “The Republican Party has never been so united as they are right now. Never. Never.”

From Jan. 22 and on, the series of impeachment trials are expected to take place six days a week (all but Sunday), starting at 1 pm Eastern each day (though the Senate can change the schedule). It is expected to last at least two weeks and could take longer.