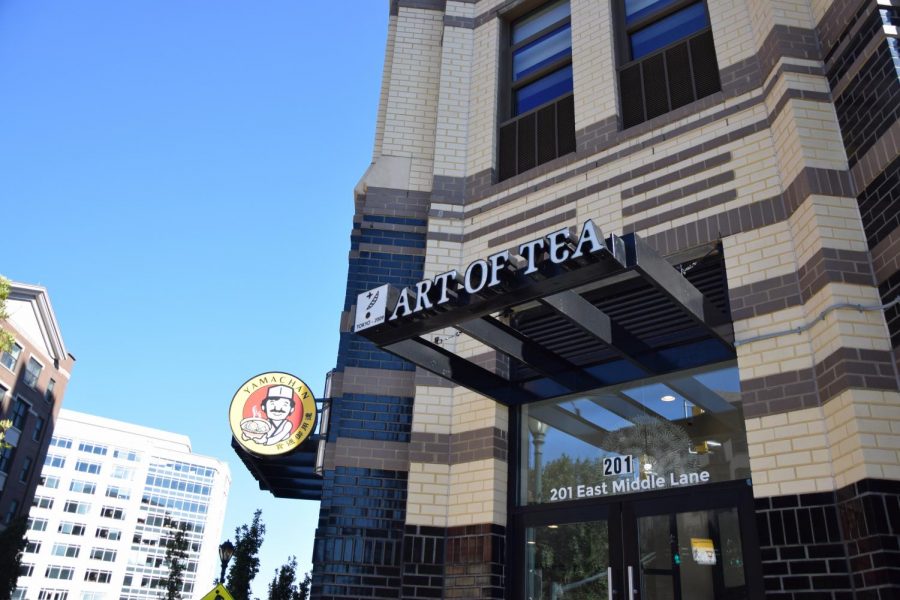 A corner with the bubble tea shop, Pearl Lady, one of Rockville’s numerous restaurants and attractions.

Live performances at Town Square. An annual ice skating rink. A Memorial Day Parade. Rockville’s community spirit can be seen throughout its numerous events, as well as its GoFundMe ranking. In 2019, the for-profit crowdfunding platform GoFundMe ranked Rockville as the second most generous city in America, behind Georgia’s Marietta.

GoFundMe ranks cities with over 50,000 people according to the number of donations per capita. The platform allows users to raise money for events ranging from college tuitions to birthday parties. A total of nine billion dollars in donations was raised on GoFundMe in 2019.

Many students are impressed with the ranking. “I’m pretty surprised that Rockville is ranked so highly,” junior Michael Sun said.  “GoFundMe is a good way to crowdsource donations.”

“I think it’s an honor for Rockville because it gives us a positive name,” sophomore Issac Guiterrez said.  “GoFundMe is nice because you can reach people around the world, including us in Rockville.”

At any time of year, there’s likely a number of events in the Town Square. “There’s a lot… going on in Rockville, especially in the Square. They’ve got the arts center and a lot of funding for kids events and group events,” parent and Rockville resident David Lee said. “Any weekend you want to look for something to do, you can find it.”

Mr. Lee also expressed that Rockville’s GoFundMe ranking is reflective of its numerous community events and attitude. “I think there’s great interaction among the community, among the people,” he said.  Events such as the Memorial Day Parade foster a sense of pride and increase community involvement throughout the city.

Richard Montgomery’s students also contribute to Rockville’s generosity.  “There are a lot of fundraisers at the school,” freshman Sarah Lavan said. “[There’s a] toy drive, [a] food drive.”

“It’s a great place to live,” Mr. Lee added. “Everybody here is helpful and they act as if the person next to them is their neighbor and their friend.”

“I would definitely give money to someone on GoFundMe if I knew they were struggling,” Gutierrez said.  “It’s a good way to give back as a community.”