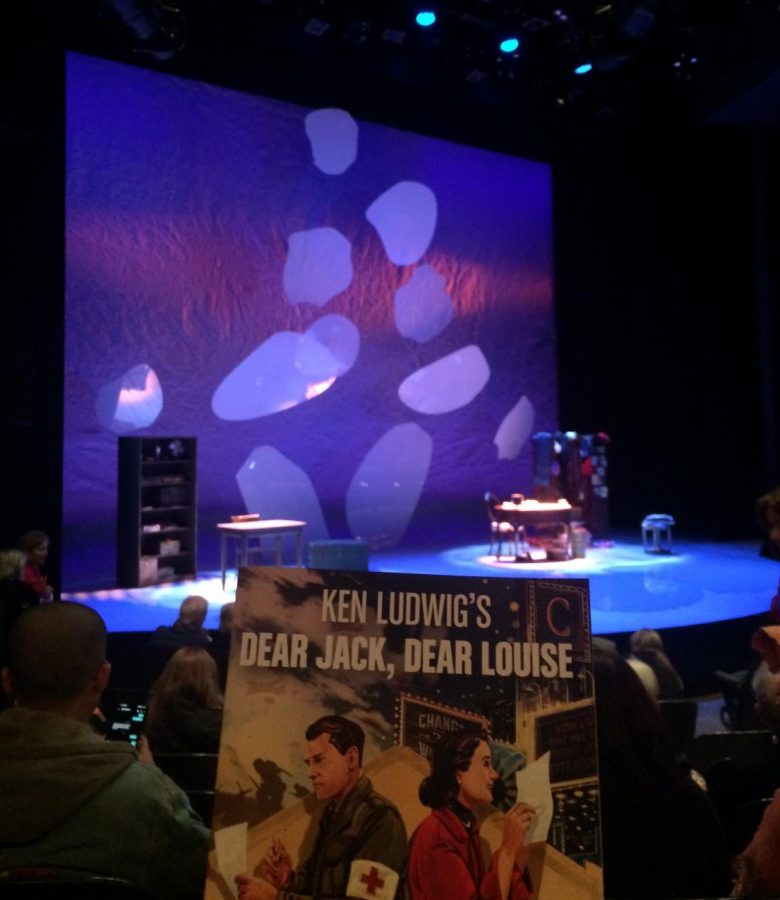 “Dear Jack, Dear Louise” is not a conventional play. The titular characters, Jack Ludwig and Louise Rabiner, neither directly interact nor meet until the very end. Instead, playwright Ken Ludwig draws inspiration from his parents’ love story to write a play entirely using letters.

As World War II rages on, the two communicate primarily through letters. Maxwell’s excellent directing makes the dialogue flow as one long conversation as opposed to many brief letters. Jack and Louise move across the stage during the play but for the most part, do not cross paths. There are two opportunities for the duo to finally meet, but each is thwarted by outside factors. In one instance, Jack is sent to a ship to care for wounded soldiers just before he was meant to travel to New York; in the other, Louise’s show tours in Cleveland when Jack is granted leave to visit his family before departing for Europe.

Epstein excellently portrays Jack’s awkward character, a stuttering and bashful army doctor from the middle of nowhere. Jack’s family, consisting of his parents, his sister and his eleven aunts and their husbands, indirectly appear in the story; Louise meets them a few times.

Pedlow brilliantly conveys Louise’s energetic and somewhat outspoken character. She tells Jack of her upcoming New York City auditions and performances, practicing her lines by writing them in letters to him. Along with acting, Louise is quite fond of dancing, relentlessly encouraging Jack to dance with her upon meeting.

Each element of the set is thoughtfully planned out to focus on the play’s letter-writing aspect. Set Designer Beowulf Boritt artistically frames each side of the stage with a desk. Rather than looking at each other, Jack and Louise look towards the audience when reading their letters. The backdrop includes several large white panels to represent pieces of paper.

“Dear Jack, Dear Louise” runs until Dec. 29 at Arena Stage. The production is approximately one hour and 45 minutes, with a 15-minute intermission. Tickets can be purchased online or by calling 202-488-3300.