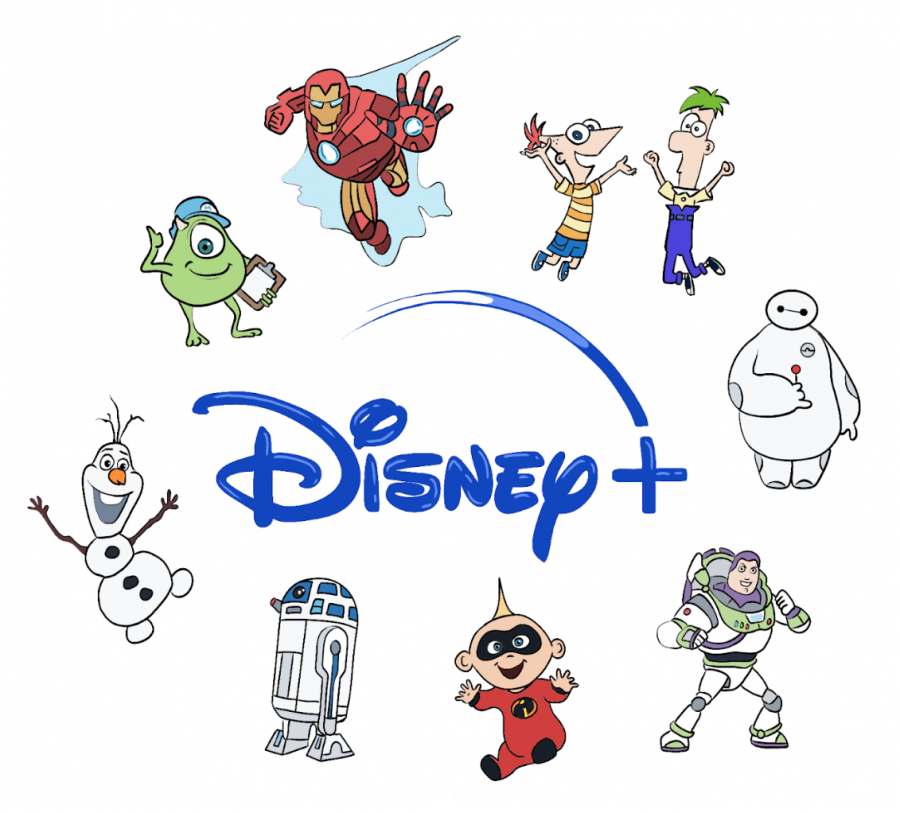 As of Nov. 12, Disney has joined the business of streaming services with their release of Disney Plus. The new service has been anticipated since its announcement by Disney back in the spring of this year and in a massive Twitter thread on Oct. 14. To add to the hype, Disney is said to be releasing exclusive shows from big franchises like Marvel and Star Wars, new films including both originals and more live-action remakes, and bringing back animated Disney classics like “101 Dalmations” and “Robin Hood.”

Aside from the well-loved and exclusive content Disney is offering through the service and the publicity for the service prior to its launch, prices were likely a large factor in this immediate popularity. A Disney Plus subscription only costs $6.99 a month and $69.99 a year. This could potentially make Disney Plus a huge competitor for Netflix, where a subscription costs $9 a month for its basic services and $13 a month for HD. Amazon Prime Video costs $12.99 a month, almost double Disney’s cost, and HBO Now is even more expensive at $14.99 per month. “Netflix has less of a monopoly now, so hopefully the extra competition will drive prices down, and then people can watch more shows for less,” junior Aries Wang said.

Many other RM students are also being drawn into the Disney Plus excitement. Regarding its prices, Freshman Sean Borsum said, “Actually, that’s not bad. I might get it!”

Other students took a more technical approach towards the subject, reflecting on Disney’s business decisions, particularly because the company already owns ESPN and Hulu. “I feel like Disney should’ve just paid Hulu more so users don’t have to watch ads,” Wang said.

I think it’s an interesting platform and service that will diversify the video streaming field.”

However, the ability to create a new branding through the creation of a completely new streaming service was likely part of the appeal for Disney. “The biggest benefit of Disney Plus is probably the Marvel movies and the fact that there’s basically two channels, Disney and Hulu. Netflix will be more for adults and Disney Plus will be more for kids,” Wang said. “I think it’s an interesting platform and service that will diversify the video streaming field.”

As time passes, however, Disney may encounter various issues with this new platform. For one, it will be interesting to see how Disney deals with the issue of pirating. With Disney marketing their new shows as exclusive, having them leaked online could pose a threat to potential sales, allowing those who planned to subscribe for the exclusive content to instead access it for free. Also, the overwhelming traffic to the newly launched site creates the potential for technical issues that may give some people the notion that the service may not be as refined and reliable as the older, tried-and-true services.

Disney Plus has started off fairly well as a competitor in the streaming service industry. “Disney Plus probably won’t reach Netflix-popularity level soon, but it definitely could in five to 10 years if they put effort into it,” Wang said. Still, the true results have yet to be seen.