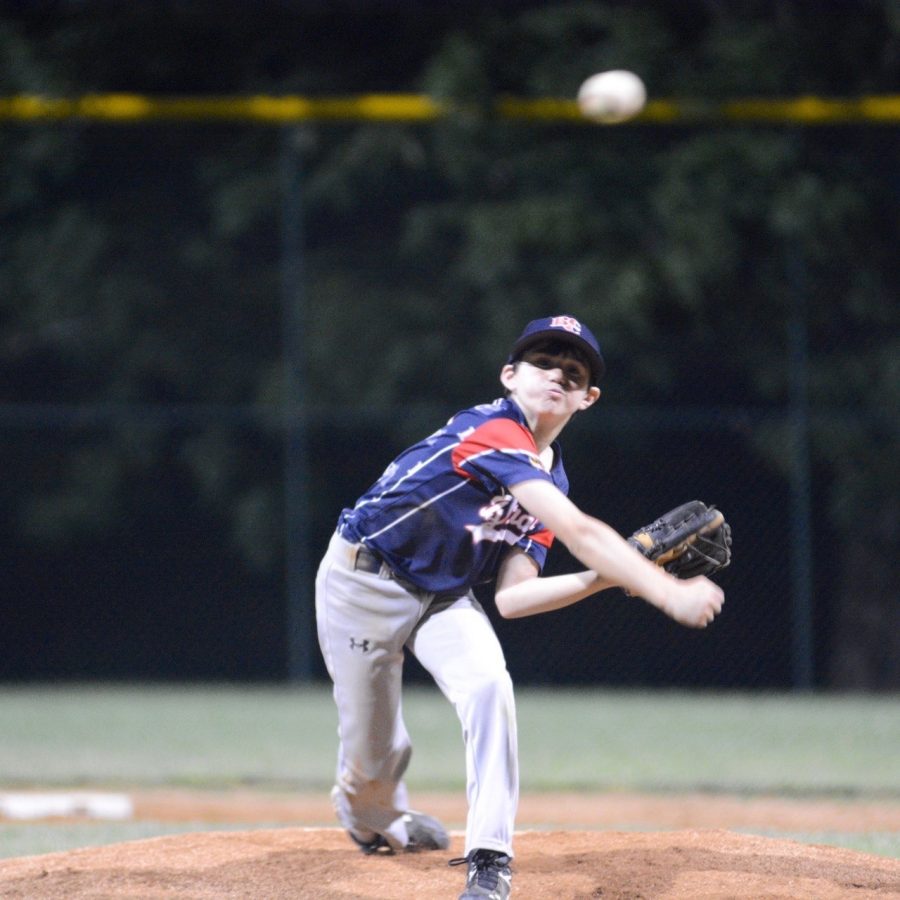 Freshman Zach Wisneski pitching at age 11, before his elbow tendonitis forced him to quit baseball.

Overuse injury, also referred to as chronic injury, is as the name suggests: overuse of the body without proper rest intervals, resulting in bodily harm. This bodily harm can range from a persiting ache to stress fractures and tendonitis. Overuse injuries are incredibly common among athletes as Michele Wojciechowski from the American Physical Therapy Association reports that approximately 45.9 percent to 54 percent of all sports injuries are a result of overuse.

Overuse injury is especially common among young athletes as constant training is more likely to damage children’s developing bones. This damage has many faces including achilles tendonitis, rotator cuff tendonitis and shin splints.

The number of overuse injuries in young athletes may be explained by the increased competition in youth sports. Children who show interest in a sport are encouraged to specialize in that sport in order to get ahead of the competition. Thus, these young athletes participate in rigorous training programs, and neglect the importance of having sufficient rest periods or consider the fact that their bodies may not be ready for such training.

Freshman Zach Wisneski echoes this sentiment. “I wanted to be a pitcher,” Wisneski said. “I was really good at it too, but after pitching over and over again, I ended up getting tendonitis in my elbow and had to quit playing baseball entirely.” This overuse has lasting effects. “Every time I throw a ball, even if it’s just for fun, I feel some pain in my elbow,” Wisneski said.

Athletes that focus on a single sport may be more prone to injury, whereas athletes that play multiple sports may decrease their chance of overuse injury. Therefore, it has been suggested that young athletes should avoid specializing in a sport to avoid repetitive stress on the same muscles. Instead, young athletes should opt to couple high impact sports, like running, with low impact sports like swimming, to prevent overuse injuries to the knees and ankles.

Richard Montgomery’s athletic trainer Victoria Simonett has similar suggestions for athletes. “I don’t think a kid at age ten should be playing lacrosse all school year,” Simonett said. “I think a kid who’s ten should play soccer in the fall, basketball in the winter and lacrosse in the spring.”

Young athletes must be aware of their body’s limitations and take pains and aches seriously to prevent injuries that could affect their athletic career for a lifetime.