‘The King’ shows potential but turns out forgettable 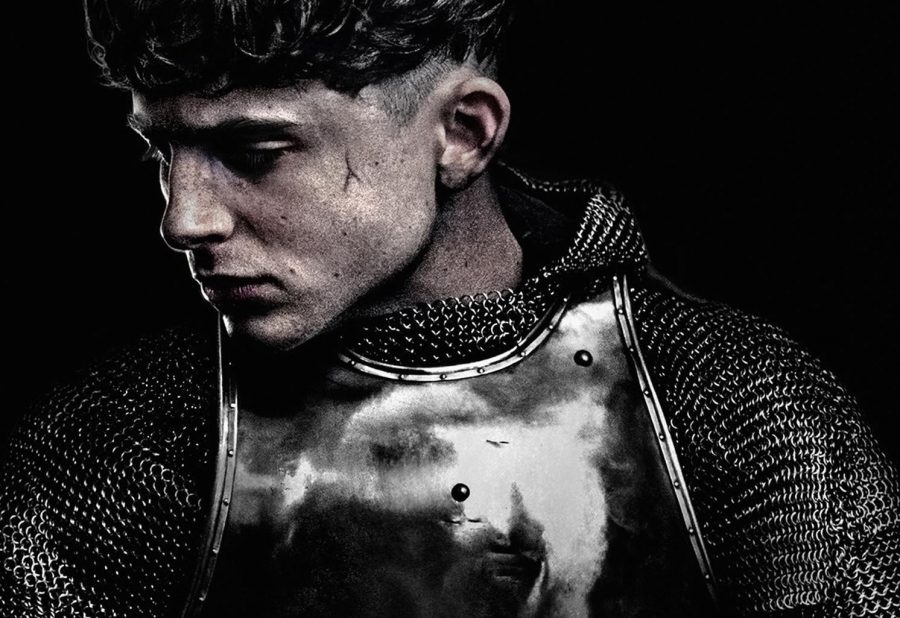 Not even Timothée Chalamet’s acting can sustain the film's half-baked coming-of-age narrative.

As a film that determinedly blankets itself in the grim hues of medieval war and political strife, Netflix’s “The King,” at first glance, seems like it would make for yet another sobering but forgettable historical epic. It does, until it doesn’t—but that in itself is a catch. The occasional stand-out moments in “The King” either feel bizarre or fall just short of making an emotional dent, turning much of the film’s two hour and 20 minute run time into an odd amalgamation of grim betrayals, fleeting heartache and thoroughly strange entertainment.

“The King,” directed by David Michôd and starring Timothée Chalamet, is Netflix’s latest bid at translating Shakespeare onto the big screen. Michôd and co-writer Joel Edgerton’s storyline loosely draws from Shakespeare’s Henriad—a series of four plays centered on the old English monarchy—to tell the story of King Henry V’s conquest of France through the Battle of Agincourt. Chalamet plays the young Prince Hal, whose coronation as Henry V sets the premise of the film, but ditches Shakespeare’s plot structure and iambic pentameter for a dash of modern dialogue, a condensed script and the occasional dose of profanity.

The film opens on a deserted battlefield strewn with armor-clad bodies. It’s the height of England’s civil war with Scotland, and the English court is rife with bitterness and relationships gone sour. As an ailing but still bloodthirsty old man, King Henry IV (Ben Mendelsohn) has begun to see enemies and traitors at every turn. A mealtime discussion with his council not only reveals his paranoia but also highlights his men’s growing distrust in his judgement. Before the film even reaches its halfway point, King Henry IV is busy crushing an internal military rebellion.

Through the dark, muted color palette of musty indoor corridors and lingering shots on men’s grimy faces, Michôd makes it clear that Henry IV is ruling a people broken by war and weary of death. Meanwhile, a perpetual cough reminds the old king that he is dying, and his best outlook for succession lies with his second son (Dean-Charles Chapman).

Hal, the first son, is determined to remain resentful and estranged from his father until the bitter end. Faithful to the film’s source material, Chalamet plays up his antics as the rebellious 15th century party boy: frequenting pubs, falling into bed with women and waking midday half-clothed and hungover before starting the cycle over again. His partner-in-crime is Sir John Falstaff (Edgerton), a former knight who oscillates between the roles of mentor, friend and comic relief.

Hal’s life of drunken carousing crashes to a close when his brother dies fighting his father’s wars and Henry IV, clutching to Hal while on his deathbed, beseeches him to take the throne. It’s not a pretty scene, nor is it one of forgiveness, but Michôd wants us to know that ugly tragedy creates results: the “wayward son” is now the ruler of England.

And this is where the film begins to fall flat.

Most of Hal’s transformation from unprincipled youth to solemn monarch who apathetically orders executions occurs over a brief, dialogue-free montage that swaps Chalamet’s signature locks for a (relatively historically accurate) bowl cut, a heavy crown and a steely resolve for pacifism. As always, Chalamet plays melancholy well, but staring into his gloomily pensive eyes for too many minutes also makes us question how much more complexity there is to his character.

Because of its emphasis on Hal’s character arc, Michôd and Edgerton’s version of Henriad must at least work as a coming-of-age story if it is to work at all. With Chalamet’s acting and ample amounts of dramatic cinematography, the potential is there, just underexplored. There’s intrigue to the slow-motion shots of Hal dancing in a tavern with a woman’s headdress on, strands of hair straggling in his eyes and wine-stained teeth flashing in an almost grotesque smile. Or in his resolve to drink himself numb in the dead of night the first time he kills a man.

But Michôd is determined to hammer home the politically relevant themes of Hal’s journey instead. Hal’s encounters with betrayal do not end until the closing credits roll, beating upon the same message—that a king must not trust so freely—until he finally understands.

The film’s character growth thus becomes oddly imbalanced, with Hal maturing too quickly but also learning at a tedious pace. His desire for peace does not feel unjustified, but it is his morose approach to every decision, starved of any trace of his former personality, that makes the film’s bleak tone feel monotonous.

This dreariness makes any and every break from the film’s gloomy tone a welcome relief. Edgerton’s Falstaff breathes a lightness into Chalamet’s scenes of intense brooding, and his gruff voice and quips are sorely missed when he’s momentarily pushed from the picture for Hal to ascend to the throne.

Robert Pattinson also shines as the villainous Dauphin of France, with his exaggerated accent and campy gestures giving the character comic book levels of hilarity. Juxtaposed against the stoic faces around him, Pattinson is clearly enjoying himself and takes the prize as one of the most bizarrely memorable aspects of the film.

Michôd knows how to direct a war. With gorgeous shots of trebuchets hurling fire into the night, ugly, claustrophobic masses of soldiers crushed against each other and unflinchingly brutal depictions of death, “The King” delivers its warning against bloodthirst and misconceptions of glory, and it delivers it well. But it’s where the film dips into its major thematic nuances—the human nuances—that “The King” fails to pack the same punch.