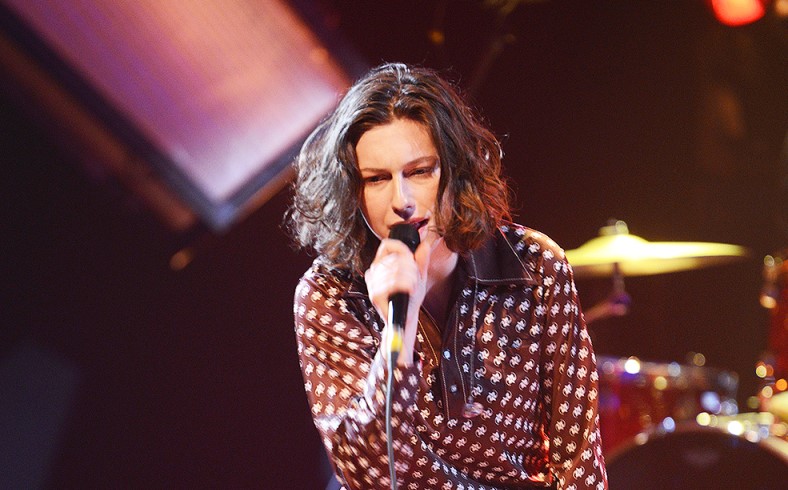 Mikaela Straus, known as King Princess, recently released her first album, "Cheap Queen," about the tension between exes after a long relationship has ended. (Photo by Andre Csillag under Creative Commons license)

Mikaela Straus, known as King Princess, recently released her first album, "Cheap Queen," about the tension between exes after a long relationship has ended.

Brooklyn-born singer-songwriter Mikaela Straus, better known by her stage name King Princess, is no stranger to the pop music community, ranging from her experiences with her father in a recording studio when she was a child to releasing her own songs such as “1950,” “Holy” and “Talia” in 2018. Nevertheless, many discovered her through Harry Styles, when he tweeted “I love it when we play 1950,” a lyric from her single, in March 2018. Despite having only released singles and EPs (extended plays) in the past, Straus proved her ability to seamlessly transition into larger projects with the release of her first debut album, titled Cheap Queen, on Friday, Oct. 25.

The title Cheap Queen is a term borrowed from the culture of drag queens and meant to reference someone who is resourceful with the little that they have. Straus has been fascinated with the drag community for much of her life; in a 2018 interview with Harper’s Bazaar, Straus said, “I’m a huge supporter and fan of drag… When I do makeup, it’s performative.” Straus is also pictured in drag makeup on the album cover, but the music itself within the album paints a much more emotionally vulnerable story; it loosely showcases the tension between exes after a long relationship.

In the relatively heteronormative world of pop music, Cheap Queen serves as a refreshing expression of queerness, created in a manner that unapolegetically expresses her own experience of a previous lesbian relationship and later heartbreak, but still includes experiences familiar with all;  Straus sings about hoping for a text that will never come in “Watching my Phone,” the jealousy associated with seeing her ex sought other by others at parties in “Homegirl,” and reminiscing on their shared memories in “Isabel’s Daughter.” However, Straus’s album is unique in the sense that she keeps her original style and persona — the one full of confidence in her single “Cheap Queen,” but also one not afraid to express her true self in the most vulnerable manners possible in later songs. The storytelling in the album follows smoothly; no one song stands out significantly compared to the others.

Straus’s story of musical fame — overnight fame from a hit song or two, coming with a sudden rush to release a debut album — can be seen by multiple pop stars of this generation, most prevalently through Billie Eilish and the release of When We All Fall Asleep, Where Do We Go?, and the pressure on artists such as Still Woozy and Girl in Red to release full length albums instead of traditional EPs.

However, Straus handles this transition almost seamlessly, successfully maintaining her unique, contemporary style while still delving into deeper emotional ideas. If you are looking for a mellow pop different from most mainstream music, or pop music to study to, give Cheap Queen a listen.