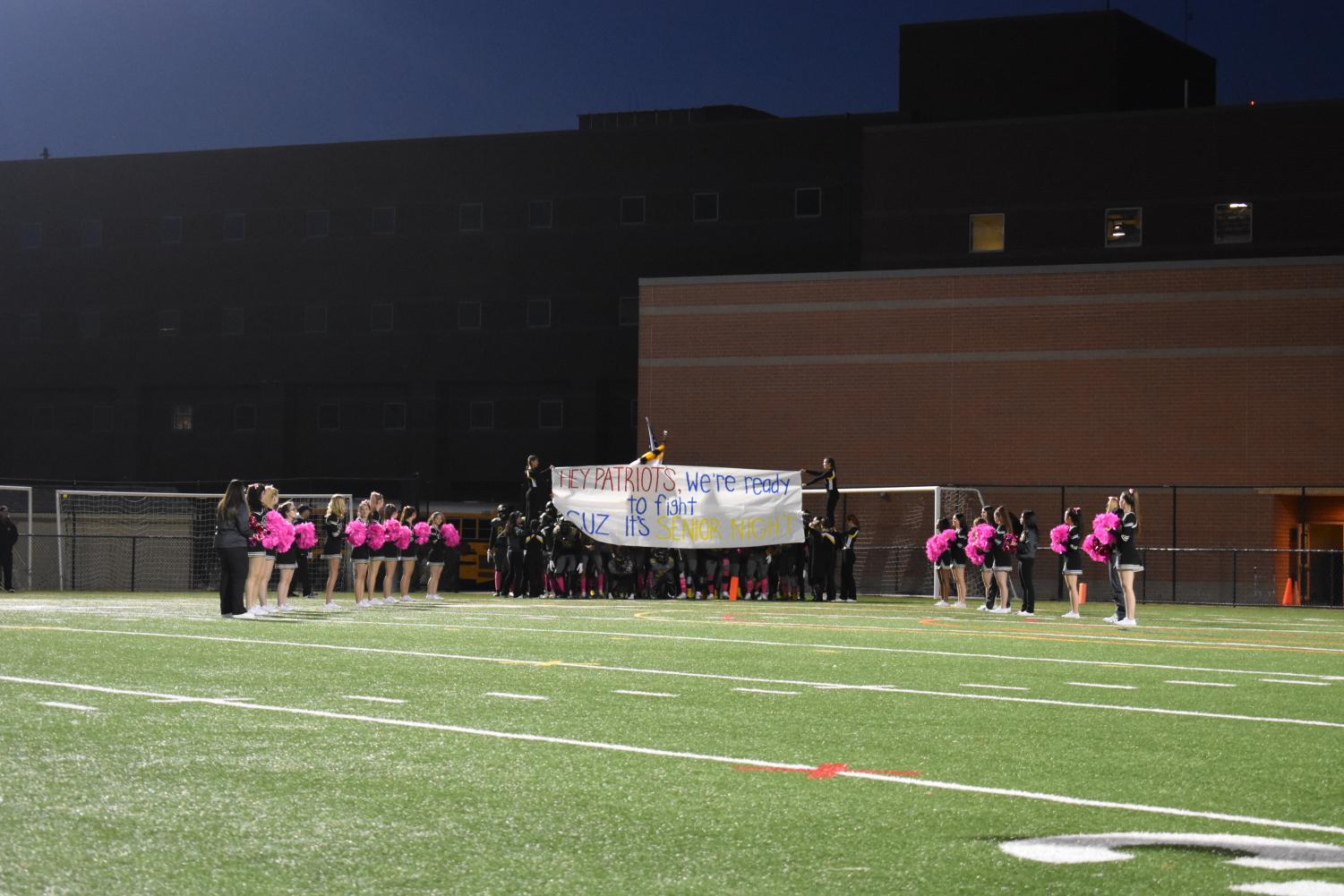 RM Poms and Cheer set up to introduce the Football team. (Photo by: Rina Levy)

RM Poms and Cheer set up to introduce the Football team.

On Oct. 18, Richard Montgomery football put on a show against the Wootton Patriots for their last home game of the regular season, with a final score of 52-14.

Senior running back T’Kai Ayoola tore through the Patriots’ defense, running for 146 yards and 4 touchdowns while averaging an astounding 18.25 yards per carry. Junior quarterback Kieran Chai-Onn added in 197 passing yards and two more throws for touchdowns.

“With all the hard work the players and coaches put in each week, a win always feels rewarding,” head coach Josh Klotz said. “It was great to see our guys dominating, flying around, and having fun, especially on senior night.”

As it was the last regular season home game, it was an emotional moment for some of the seniors. “It’s something special, witnessing all of the hard wins and losses since my freshman year has been incredible,” senior Freddie Martinez said. “The amount of memories that I have on the Roy Lester field have been awesome.”

After losing last week’s game to QO, this past week’s win helped to provide a renewed sense of hope within the team. Martinez said, “All wins we get us some momentum, but this one felt even better since we only had three regular season games left.”

However, several seniors still have their sights set on the rest of the season and more specifically– playoffs. “Kind of bitter sweet but we’re looking to win the rest of our games so we can get a home field advantage in the playoffs,” senior Daniel Baiyesha said, “I would like to leave knowing I left a mark on the program by winning multiple playoff games.

Looking ahead to the postseason, the Rockets have their eyes set on continuing their winning streak. Not only are they hoping to win all their upcoming games, but many of the seniors are just wishing to have some more fun on the field,  before they leave the RM football program forever. “It was a sad moment knowing that I won’t play on the field I worked so hard on for 4 years. I have a sense of closure knowing I put so much work in and it paid off,” Baiyesha said.

Up next, the Rockets will play at Rockville on October 25th and then Bethesda-Chevy Chase on November 1st before playoff brackets are released. The Rockets are now 5-2 and are looking to both finish the season strong and to keep up their dominance in playoffs.