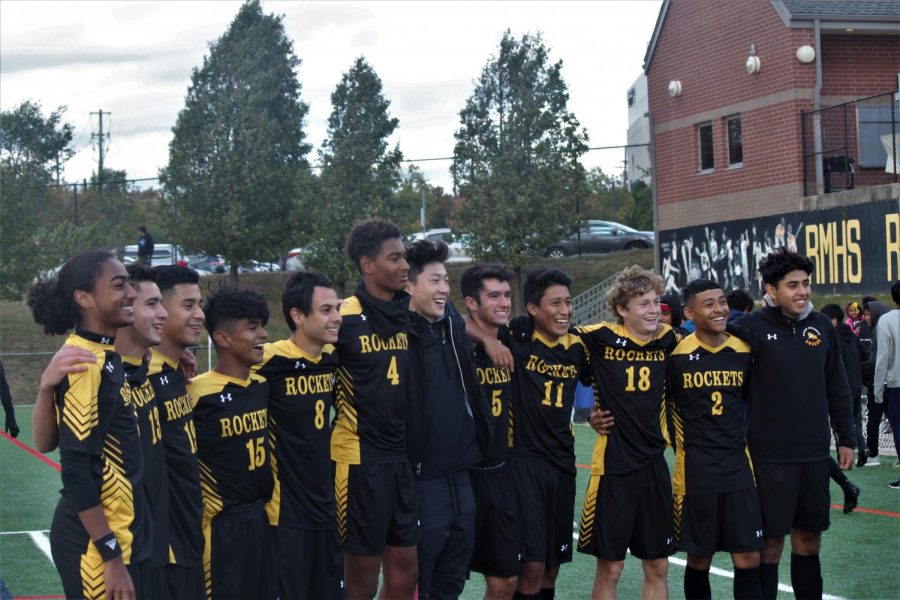 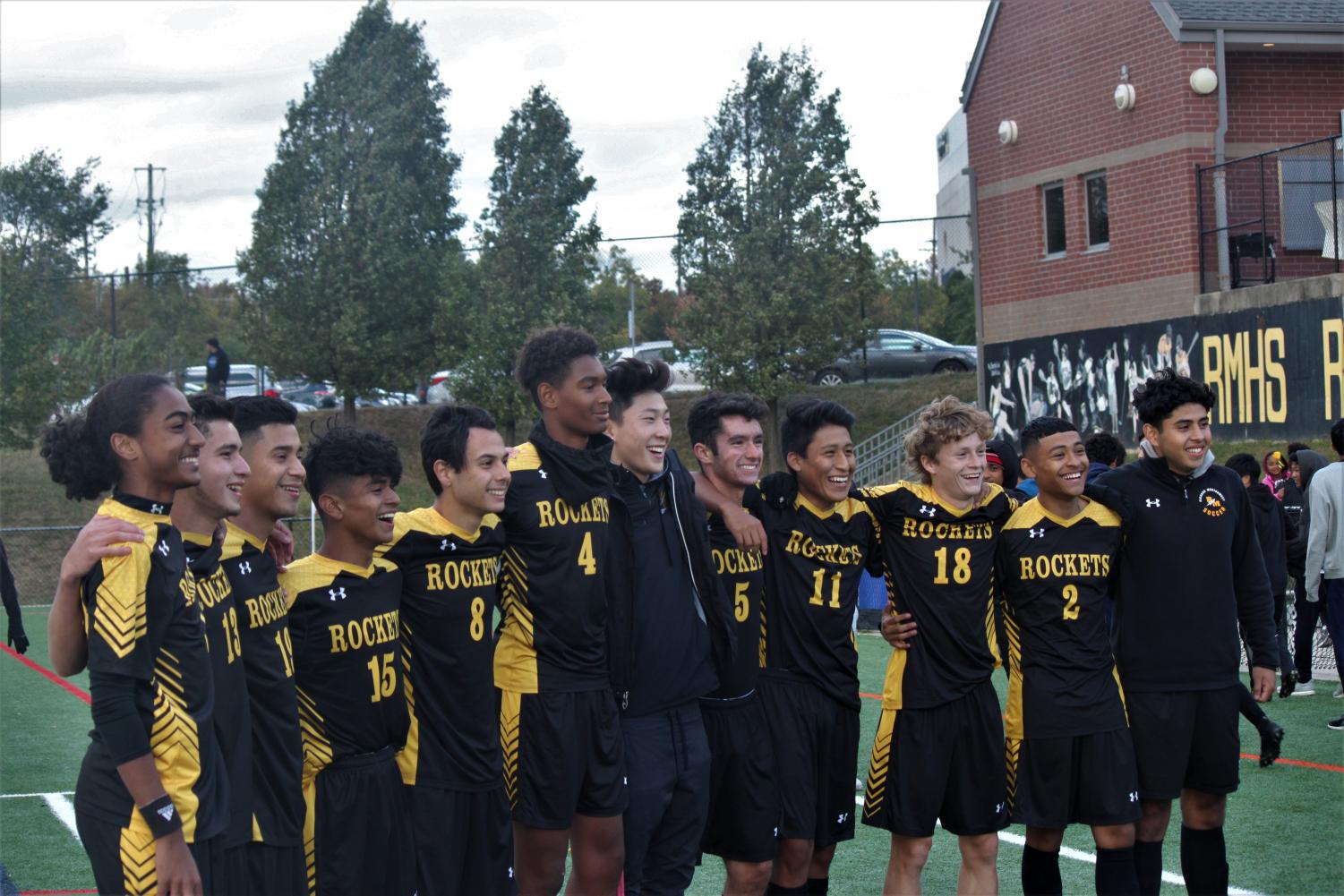 As the Boys Varsity soccer season comes to a close, the team can look back at an exhilarating season. After finishing pre-season undefeated, the boys went into their regular season with exuberance.

The first match of the year started off shaky, as the boys went down two goals in the first half as they faced Poolesville.

However, hungry and determined, “Las Roquetas” (the Rockets) pulled through with seven goals scored to secure the win.

Junior Arsenio Paiz scored nearly half the goals with a hat trick. Junior Noah Turner and sophomore Axel Gamez each put one on the board. Senior Agustin Diaz secured a brace for his final season opener.

The game against Poolesville gave the boys confidence as they went undefeated until October 2nd when the Rockets faced off against Northwest High School. Unfortunately, they were defeated, as the Jaguars scored a late goal one minute left in the final half.

The team lost the next two games, yet the boys still had the determination to succeed in the postseason. Diaz reflected upon the team’s season and what he expects for the team in the coming weeks.

“We just played one of the top teams in Montgomery County, but we also earned their respect which is something that not everyone can say,” Diaz said after the team’s match against Whitman on October 15. “Senior night is my last game and the other seniors’ last game so I know that we’re gonna give it our all and make these playoffs. We always strive to play with our hearts on our sleeves and just give it our all.”

We always strive to play with our hearts on our sleeves and just give it our all.”

A similar message is present throughout the whole team. Hard work and dedication are core values instilled in the team in trainings, games, and even throughout the offseason.

“This is my first year playing Varsity soccer,” Paiz said, “the best thing I can do right now is look at not only the positives of each match and of each training, but the negatives as well. You can’t learn anything from positives, but the negatives teach us things, like how to play better.”

Soccer is not only an athletic activity, to the members of RM’s boys soccer team, it’s a lifestyle, and the mentality of a player contributes to the game.

Senior captain Abdullah Al-Jirafi said, “Throughout the season, I’ve seen a lot of progression in the team, in terms of attitude and personality. When we lose, we don’t lose because we play poorly, we lose due to little mistakes, but once we get past that, we start dominating teams during the game. I see a rejuvenated Richard Montgomery High School soccer team and I’m really proud of the boys so far.”

As the Rocket’s regular season comes to a close, they look farther and dream bigger. It’s not just about kicking a ball and running until your legs go numb, it’s about brotherhood and a love so intense, that nothing else matters when they’re all together.

One Response to “Boys soccer reflect on season, look towards playoffs”