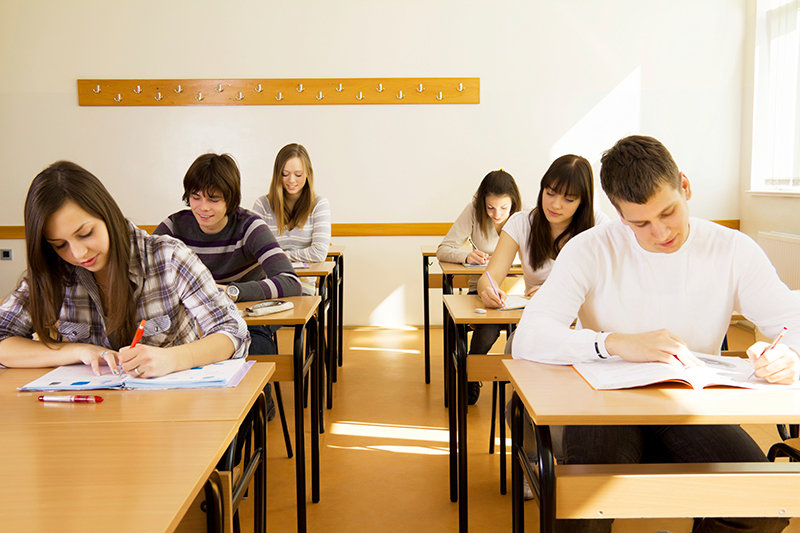 Students may be unable to keep up with course material without attending class.

Many students are familiar with the county’s E3 policy. Its warnings are automatically issued by the county’s attendance system to students who have five or more unlawful absences or 15 or more unlawful tardies. Students at risk of receiving an E3 are required to schedule a meeting with their counselor in order to create an attendance intervention plan, and teachers have the option to issue an E3 if students fail to adhere to the established plan.

However, students have noted several flaws in the system—teachers are generally reluctant to fail students and are lax in enforcing the policy if students are able to maintain a passing grade. Upon receiving an E3 warning, senior Elaine Han visited her teacher to make necessary arrangements. “I still don’t really understand this, but I think you go to your teacher and you tell them, ‘You can fail me if you want, but if I start coming to class, is it okay?’ They’re usually okay with it and just say ‘You’re fine, just come to class,”’ Han said.

I’ve worked with some students who miss class because they’re living on their own and need to pay rent, or they work at night or during the day so they’re too tired or too busy to come to school.”

In Han’s case, she was able to maintain a passing grade despite having almost received an E3. However, the majority of students who E3 in a course also fail because they are unable to keep up with the class. “I’ve given E3s before because the absences were so excessive that there was no way I could justify credit for the course. Generally, students who E3 fail the course too because they don’t learn the material,” English teacher Mrs. Brandy McDonald-Nestor said.

At RM, in the first semester of the 2018-19 school year, 300 out of the 324 E3 instances were from students who also failed to receive a passing grade. While the Credit Recovery Policy allows students who fail a course to earn credit by completing extra work, these 300 students are not permitted to take advantage of the policy due to their poor attendance.

Also at the county level, the MCPS Office of Pupil Personnel and Attendance Services allocates a pupil personnel worker to every school, reducing truancy by working with students on a case-by-case scenario. However, many students find this futile for those who miss class due to more uncontrollable reasons such as socioeconomic issues.

“There’s only so much that teachers can do to help a student’s attendance if the family is struggling financially. If someone needs to work a really demanding job to support their family and it’s negatively impacting their attendance, it’s not like they can give them money or anything to help out,” junior Varun Gangadharan said.

According to Science teacher Stuart Albaugh, he has worked with students who have often missed class due to socioeconomic issues. “I’ve worked with some students who miss class because they’re living on their own and need to pay rent, or they work at night or during the day so they’re too tired or too busy to come to school,” Mr. Albaugh said. “Or maybe they need to take care of little siblings every day after school because parents are too busy, so the students need time for themselves, so they stopped showing up.”

For students whose failure to attend school is due to parental or guardian neglect, the Maryland Truancy Law can pose legal consequences. The law declares that “Any person with legal custody or care and control of a child who five years old or older and under 16, who fails to see that the child attends school or receives instruction as required by Maryland law, is guilty of a misdemeanor.”

What can parents do if their high schooler, who’s bigger and stronger than them, doesn’t want to go to school?”

According to Maryland Courts, the Board of Education files petitions with the court when students have accumulated a significant amount of unlawful absences. Students who are found truant before court must also participate in the state’s Truancy Reduction Program, designed to act as a problem-solving court. Families will undergo a full family assessment that is provided free of charge and will receive referral to specific services that will improve the students’ attendance.

Parents or guardians who are guilty of misdemeanors under the Maryland Truancy Law may be subject to fines, imprisonment or both. The charge will be dismissed if the court finds valid affirmative defense signifying that the parent or guardian made “reasonable and substantial efforts to see that the child attended school.”

According to Director of Pupil Personnel and Attendance Services, Steve Neff, every year, there are around 20 or so instances in which families of truant students have been taken to court. In following these drastic cases, Neff observed that these students who are chronically absent generally also have a history of chronic absenteeism from years past.

Nevertheless, some perceive the state law as unreasonable and impractical for many families. “The law only works for little kids. What can parents do if their high schooler, who’s bigger and stronger than them, doesn’t want to go to school? The legal system also doesn’t have time for attendance cases like this,” RM principal Mr. Monteleone said.

For many students and even staff, the problem of attendance lies within the school system itself. Classes and course material simply are not engaging enough for students. “If I know that my class is a waste of time, then I’d be more likely to skip,” senior Vicky Carter said.

According to Mr. Monteleone, the current high school system is broken, outdated, and in need of change. While student attendance has received increased attention from some school, county, and state officials, it is unlikely that any significant changes will occur anytime soon.