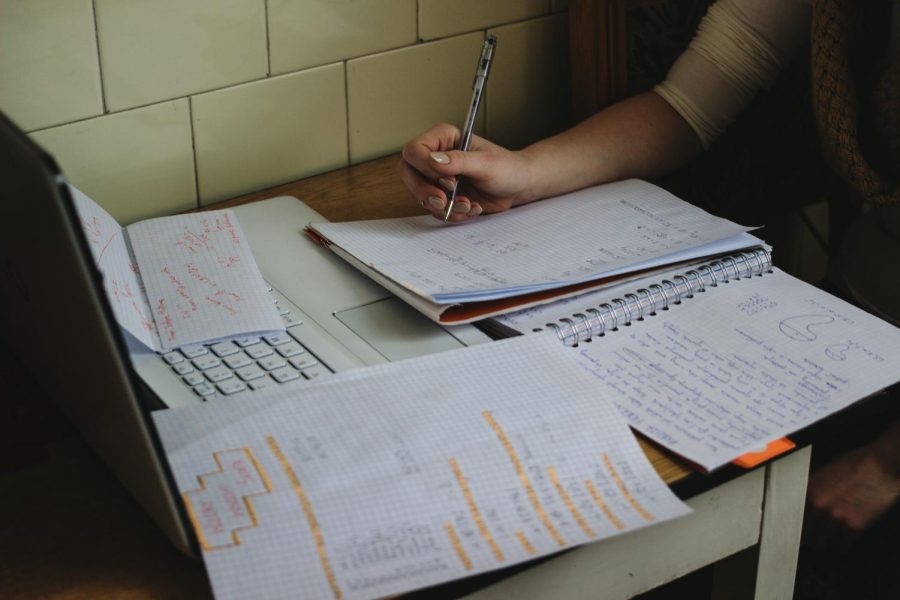 Many worry that MCPS policies will leave students unprepared for the rigor of college exams.

Sparks of grade inflation heightened by a recent Washington Post article coupled with the elimination of semester exams has left students and teachers alike concerned about its effect on college readiness.

Graded in a distinctly different manner than high school classes, college courses often culminate in one large exam per semester that determines the grade for the entire course. While most students were relieved about the elimination of high school final exams, teachers offered another realistic concern. Would cancelling final exams leave students unprepared for their college exams?

“I had [final exams] in all of my math classes and I took quite a few of them,” math teacher Carrie Gaffney said. Senior Sherry Liang and sophomore Jeremy Lieberman both agreed to feeling underprepared for college without the final exams. “I would bring the final exams back if I could because students who don’t take the exams might feel shocked in college,” Liang said.

However, other current RM students share the sentiment that the lack of final exams has brought more benefits than consequences. “I enjoy [the lack of finals] because my old school had finals and that was not fun whatsoever,” junior Delaney Mangan said. “I feel like it won’t be too big of a leap because we have unit tests and quarter test. I think it’s perfectly fine.”

Former RM students affirm these assumptions and give credit to the multitude of other exams that high school students take despite the significantly greater emphasis on cumulative exams on the college level. Since a majority of students take part in other cumulative exams, such as the AP or IB exams, they will still graduate high school having had similar experiences without required final exams.

“RM is definitely a heavy workload school and even without those finals, we still had plenty of APs and IB exams in place to help get me accustomed to the final heavy classes in college,” Isabelle Zhou, RM alumna and Berkeley freshman, said. However, she acknowledged that this may be an experience that is unique to RM students. “Testing is a huge part of grades in college and knowing how to take tests, especially difficult ones, is a skill in itself that I’m not sure all students at all MCPS schools know.”

On the other hand, another alumnus who wished to remain anonymous explained that while college exams were overwhelming, the structure and style of high school exams were so different they didn’t affect his readiness either way. “College material is already more difficult and in-depth than high school material, and there’s an adjustment period for everyone. Taking exams in high school doesn’t necessarily make that adjustment any easier,” Cindy Song, RM alumna and Princeton freshman, said.

A general opinion expressed by many students who experienced both the old and new grading policies was an appreciation for the decreased emphasis on grades, which are often a main sources of stress for high school students.

Other students noted the downsides of the new policy in regards to the high contrast in the harshness of college grading systems. “I think it kind of set up some unrealistic expectations for grades in college, and in retrospect it just seems like MoCo is really trying to sweep some important issues under a rug with this kind of inflation,” Irene Park, RM alumna and Duke freshman, said.

It is no secret that universities heavily weigh GPA and grades in the admissions process, but are also aware of different grading scales in different schools. “I remembered being worried about grade inflation would get worse so a 4.0 GPA wouldn’t matter as much in an admissions process,” Ami Wong, RM alumna and Duke freshman, said.