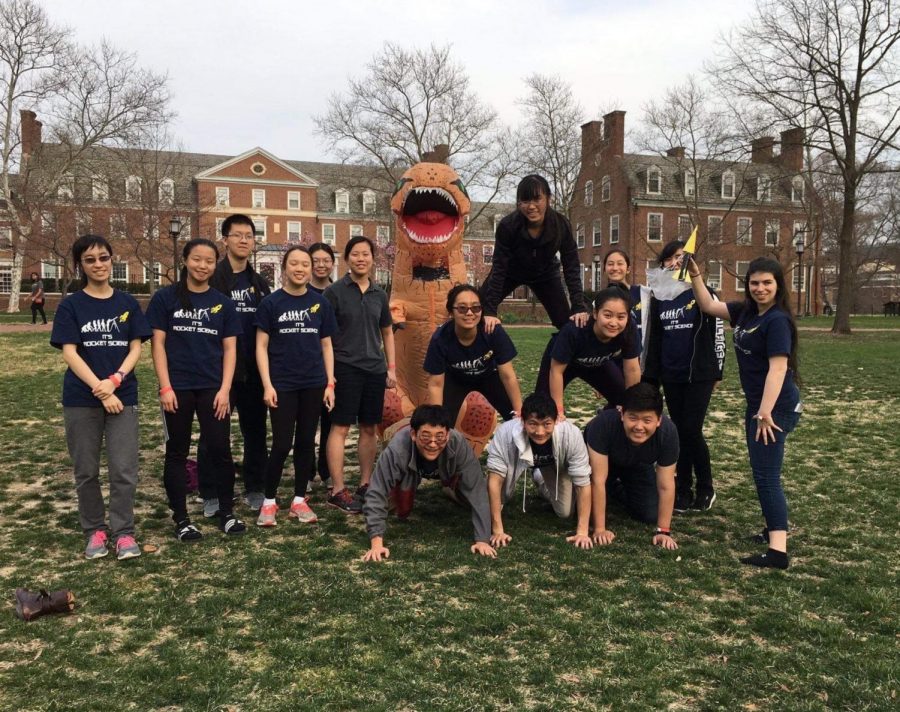 On March 30, high school teams from all over Maryland gathered at John Hopkins University to attend the statewide Maryland Science Olympiad competition. RM’s team of 15 took home third place as a school in all of Maryland.

The annual statewide science competition consisted of a collection of knowledge-based and build-based events that spanned a wide discipline of the sciences, encompassing events based in chemistry, biology, physics, geology, and even computer science.

In February, RM placed first at the Maryland State Science Olympiad Invitationals competition and second at the regional competition, making the bronze victory another welcome win for the Rockets team. Alan Tong, a senior captain of the Science Olympiad team, said, “I really love the teamwork, and it really is the collective effort that allowed us to get third place at the state tournament.”

In addition to their overall bronze win, the RM team also placed in the top six in 15 different events, taking first in five events, including the new trial event Ornithology, which requires competitors to learn the taxonomic classifications of bird species.

Reflecting on their season, junior Katie Kolodner said, “I really enjoyed my events because they enabled me to gain new understandings, especially about physics and earth science-related topics that we don’t often study in typical classes, such as topographic maps for Geologic Mapping.”

“This year’s spirit was the best I’ve ever seen,” added senior Emily Yuan. One member of the team attended the award ceremony in a dinosaur costume, while another shot air rockets into the air to celebrate whenever it was announced that RM has placed in an event. In order to continue the yearly tradition, the team also posed for a photo in a human pyramid to commemorate their efforts at the competition.

However, while the team enjoyed a successful season, it was not without faults. The team submitted their builds for inspection late, causing the team to get a penalty score in those events. The team’s troubles continued during many of the knowledge-based events. “Designer Genes in particular was a struggle because it was at timed stations,” Tong said. “The time crunch was intense, but we got through it.”

The hands-on events were accompanied by a few challenges as well. “Some difficulties arose regarding LEDs during Circuit Lab’s hands-on activity portion, in which we had to build a variety of parallel and series circuits catering to specific goals, but we were ultimately successful in completing all the tasks,” Kolodner added.

The team will try to mitigate such difficulties in the future by meeting more frequently to prepare for events. While the captains of the Science Olympiad team remain proud of this year’s performance, they aim for qualifying for the national-level competition in the next year.

As a graduating senior, Tong encourages more underclassmen to join the Science Olympiad team and has great expectations for its members in the years to come. “My hopes for next year are to continue RM’s science olympiad legacy!” Tong said. “Ultimately, the goal is to get more people interested in science, and if people are working together, making new friends, and having fun, then the club has done its job.”