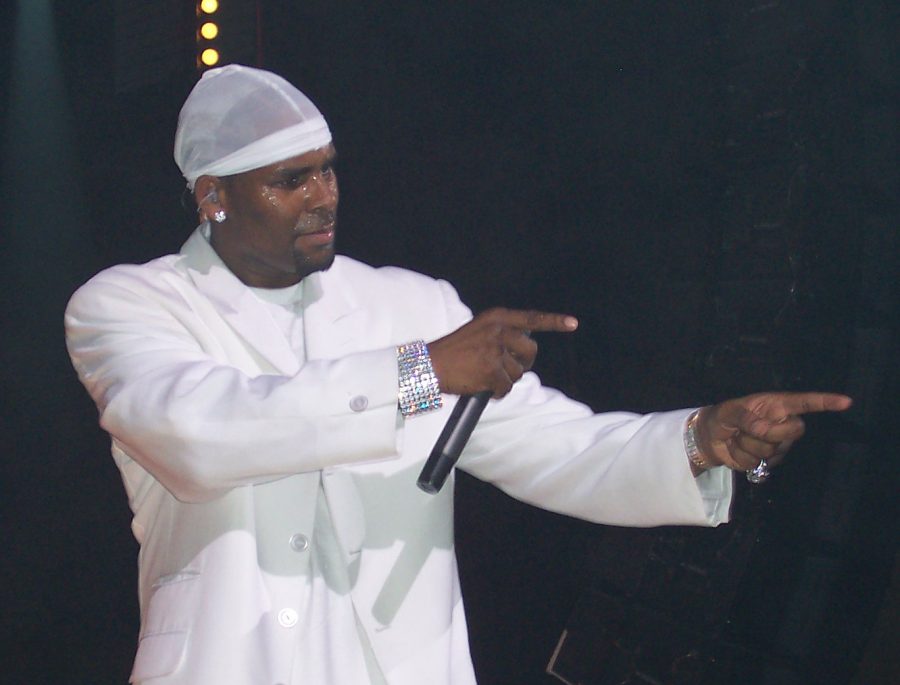 Photo courtesy of Nicholas Ballasy in the public domain

On Sunday, April 7, best-selling R&B artist R. Kelly gave a 28-second performance at the Dirty South Lounge in Springfield, Illinois. “I want the media to take it easy on me, man. I gotta get paid now,” Kelly said in an Instagram post prior to the event. His request seems to align with his February indictment on charges of ten counts of aggravated criminal sexual abuse and subsequent release on a $100,000 bail in March.

R. Kelly has been dodging accusations of sexual misconduct from a mass of news sources, including Buzzfeed News and TMZ, for more than 20 years. The various accusations include child pornography and underage sex.

The legal battle that engulfed R. Kelly’s life for decades began in 2000 when someone anonymously sent the Chicago Sun-Times a video revealing the singer sexually assaulting and urinating on a 13-year-old girl in Chicago. Two years later, Kelly was indicted by the Cook County District Attorney (DA)’s Office on 21 counts of child pornography but was acquitted on all charges after the jury decided that there was not enough solid evidence to convict him.

Kelly continued to face other legal issues as women started to step out and tell their stories. Tracy Sampson, an intern at his label Epic Records, claimed that she was in an abusive sexual relationship with him when she was just 17; Patrice Jones claimed he impregnated her when she was underage; Montina Woods sued Kelly after alleging he filmed them having sex without her knowledge; and Andrea Lee Kelly, Kelly’s ex-wife and mother of his three children, filed a restraining order against the singer after describing how he regularly abused her and the children. R. Kelly eventually settled all of these cases out of court after paying an undisclosed amount.

In response to the uproar of allegations against R. Kelly, Time’s Up spreaded the #MuteRKelly hashtag to encourage authorities to investigate Kelly for sex crimes. This year, the TV series “Surviving R. Kelly” aired, detailing the accusations against Kelly with new interviews from numerous victims and prompting Georgia’s Fulton County District Attorney’s Office to open a new investigation into the singer. “R. Kelly’s actions are unacceptable as this type of abuse and violation can cause deep psychological injuries and can have a significant impact on social life,” freshman Monica Escalante said.

On Feb. 22, Illinois prosecutors announced that four separate grand juries indicted Kelly on ten total counts of aggravated criminal sexual abuse. R. Kelly finally broke his silence and addressed all the allegations against him in an interview with Gayle King on “CBS This Morning” on March 8. With his career at risk, Kelly stood by his innocence and lost his temper when King asked him about his relationships with younger women.

“R. Kelly needs to go to prison right now and own up to all the crimes he has committed,” freshman Angelina Guhl said. Although R. Kelly is free right now, he could be facing a whole new set of legal woes soon, with criminal investigations in Atlanta, New York, and Chicago. The Department of Homeland Security, FBI, and IRS are all also reportedly investigating claims against Kelly that could lead to possible federal charges.

From Michael Jackson to XXXTentacion, sexual assault in the music industry has been more prevalent than ever. With many artists abusing their power and committing assault without any clear consequences, it is crucial that we fight against this iniquity and encourage victims to speak out. “We must take sexual assault seriously, or else we’d be sending a message to victims saying that we don’t really care about what they’ve experienced and we’d be encouraging further sexual crimes by perpetrators because they know that the consequences are slight,” freshman Lynna Deng said.