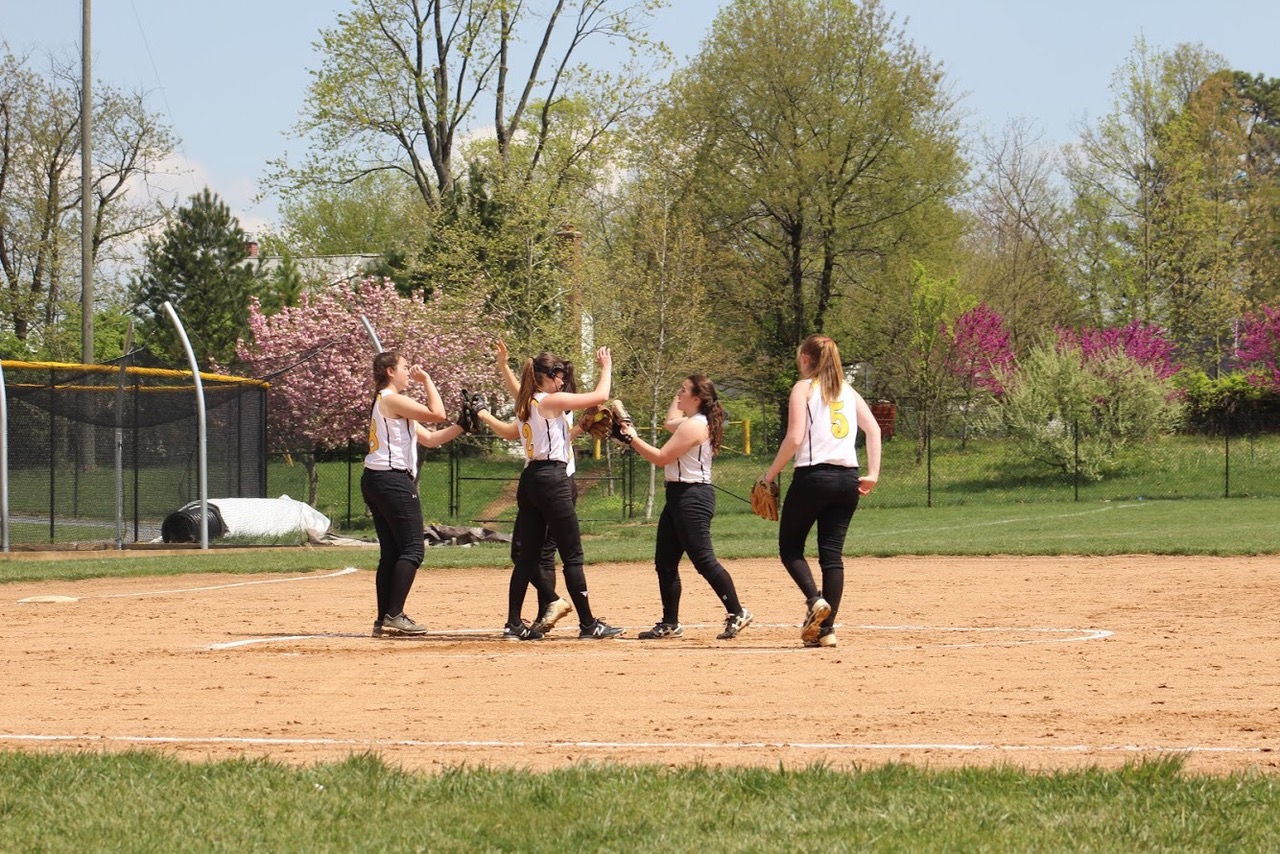 Returning softball players welcome some new faces to the team.

Spring is rolling around the corner and with it comes softball season. After recruiting some fresh faces to fill in the gaps left by last year’s players, both the RM softball girls and coaches are excited to start the season and put the results of all their hard work and team bonding to the test.

Though there is only a single year’s difference, the team lineup looks quite different from last season’s. “Last season, we graduated six seniors, which left a significant void in our roster,” Coach Kelly Callan said.

Also, several of the seniors that graduated last year played crucial roles on the field, including third baseman Rachel Lebedinsky, outfielder Taylor Thomas, and pitcher Rosie Silvers. This left many shoes to fill, some of which are still lacking. “We only have one pitcher this year, Maya Geer, and although she’s amazing, it is super hard to pitch every single game in a row,” senior captain Katie Spencer said.

However, the talent of the new players, including five freshmen, more than makes up for these losses, even providing more opportunities for experimentation with the offensive strategy. “We have a larger range of skills on our team this year,” Coach Callan said. “We have significant speed coming in, which will allow us to take more offensive risks on the basepath as well as various batting skill sets that will keep our opponent’s defense on edge.”

On top of that, the spirit and enthusiasm of the younger players have revitalized the entire team. Spencer said, “We have a lot of freshmen, who collectively bring a new energy to our team. It’s been a long time—since my freshman year—that we’ve had a super strong freshman class.”

It’s been a long time—since my freshman year—that we’ve had a super strong freshman class.”

The abundance of young players on the varsity team also gives younger players an opportunity to train and compete at a higher level, which will help them improve more quickly if they put in the effort. Coach Callan said, “They are eager to work hard and contribute towards the team’s success.”

Of course, the efforts of the returning players are equally essential to the team’s success, if not more so. “Our returning players, especially our four senior captains have been extremely proactive in working hard during our off season by organizing batting practice twice a week to prepare and further develop their skills,” Coach Callan said.

Aside from this pre-season skill work and conditioning, which began all the way back in November, many of the girls also play for travel teams during the off months. At this point, they are practicing Monday through Saturday for two hours a day.

This regime may seem grueling, but it both improves individual skills and brings the team closer together on and off the field. “My main goal is making sure that the girls are comfortable with one another and work as a team because when a team truly enjoys playing together and spending time with one another, the dynamic on the field during both practice and games is strong and smooth,” Coach Callan said.

Many of the players also value this team experience, finding it to be one of their favorite aspects of the sport. “I can’t wait for team bonding, weekly breakfasts after every Saturday practice, and just playing together,” senior captain Aviva Feldman said.

When it comes to the actual games, Spencer believes it is better to go in without any expectations. “When we set expectations for how the game is supposed to go, we lose our control over the outcome,” she said. “We need to focus on bringing our best game every day. That’s what we do have control over.”

Hopefully the girls will be able to keep their cool, especially against some of their personal rivals. “I really hope we beat Northwest and Blair this season, as I hate both teams,” Feldman said.

The girls’ first game is on Thursday, March 21 at Whitman High School.