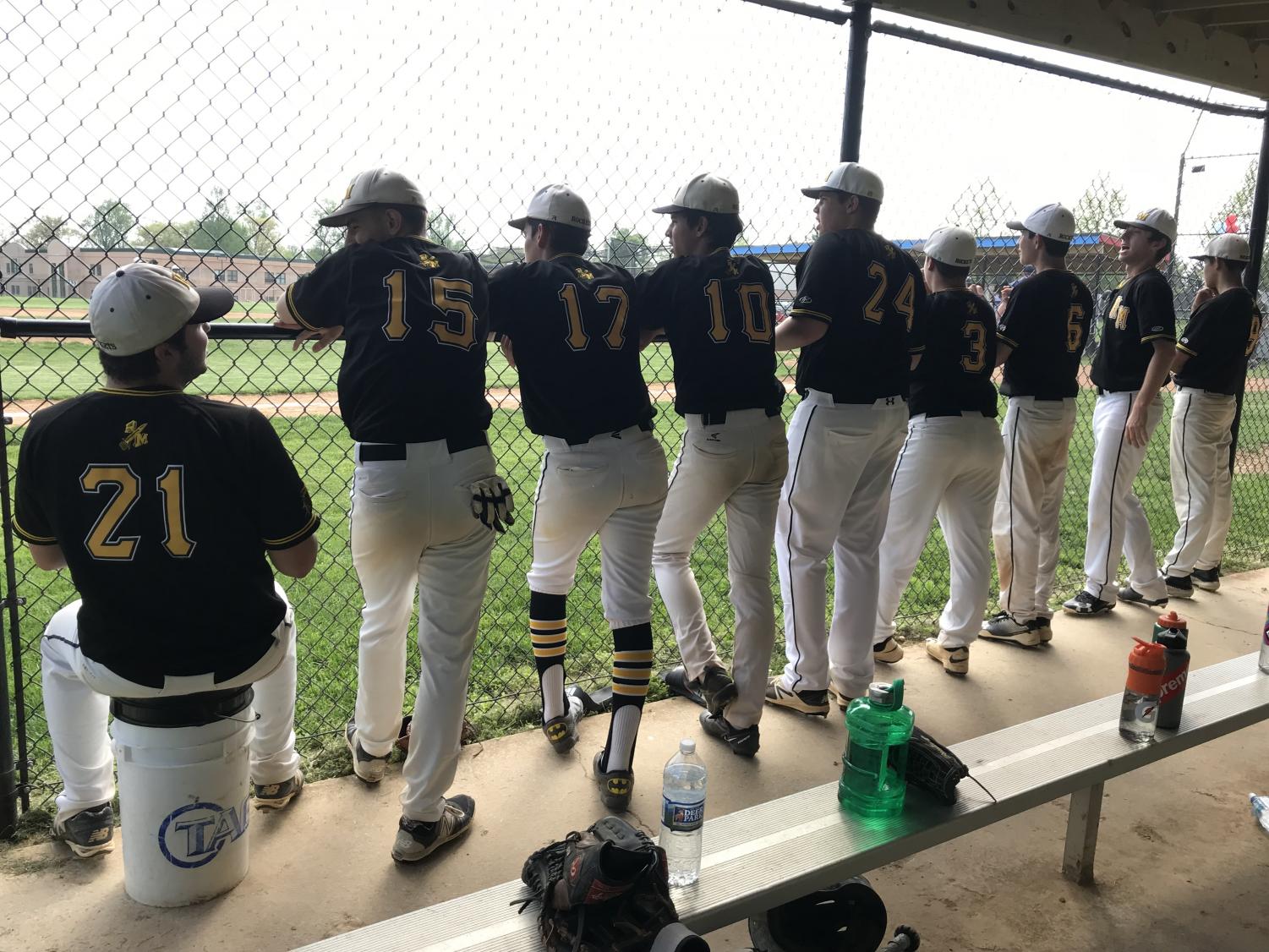 The baseball team began getting together for team practices early in the off season. (Photo courtesy of Brian Rose)

The baseball team began getting together for team practices early in the off season.

Baseball looks ahead into new season

The spring season for high school sports is fast approaching and Richard Montgomery’s varsity baseball team is prepared. Having trained extensively in the off season, they are ready to face off against other teams starting with their Thursday, March 21 match against Whitman.

Baseball is a difficult sport to train for. Every offensive and defensive move must be adjusted based on the opponent’s strengths and weaknesses, all at an incredibly fast pace. “It’s really a game of reactions, so there are really very few situations that you can fully prepare for as a team,” sophomore Brian Rose said.

Because these reaction times can only be improved through constant repetition and practice, the team spent their off season practicing these skills.

Initially, players work on honing the necessary skills for their specific position. “As a pitcher, I do a lot of one-on-one work with our coaches to make sure our mechanics are sound,” Rose said. The first baseman practices stretching out to catch flying balls. The third baseman practices throwing long distances since there is a sizable distance between third base and the first and second bases.

In addition to practicing the technical skills necessary in baseball, players spend a portion of the off season staying physically fit. “Individually I have been lifting weights and practicing hitting off the tee, also occasionally throwing when it is nice outside,” senior Alec Santiago said.

Because baseball is a heavily team-based sport, these individual skills provide the important foundation for the team to work cohesively. “The team has been doing workouts once a week in the batting cages to work on hitting, and the pitchers have been getting in time to stretch out their arms,” Santiago said. These exercises provide opportunities for teammates to build off of each other’s strengths and form bonds on and off the field.

In the past year, there have been some changes in administration. “Last year, the baseball team got a new coaching staff for the varsity team,” junior Shamil Yakeem said. Though this change was initially hard on the team, the players eventually adjusted and began to improve under the guidance of Coach Culver. “Our work ethic improved drastically,” Yakeem said. This year, with returning players already familiar with the coaching staff, the baseball team is looking to improve upon last year’s season.

The team is determined to leave their mark this season. “I hope we can make a statement in the regular season to other teams and we ultimately can win states,” Santiago said.

One Response to “Baseball looks ahead into new season”