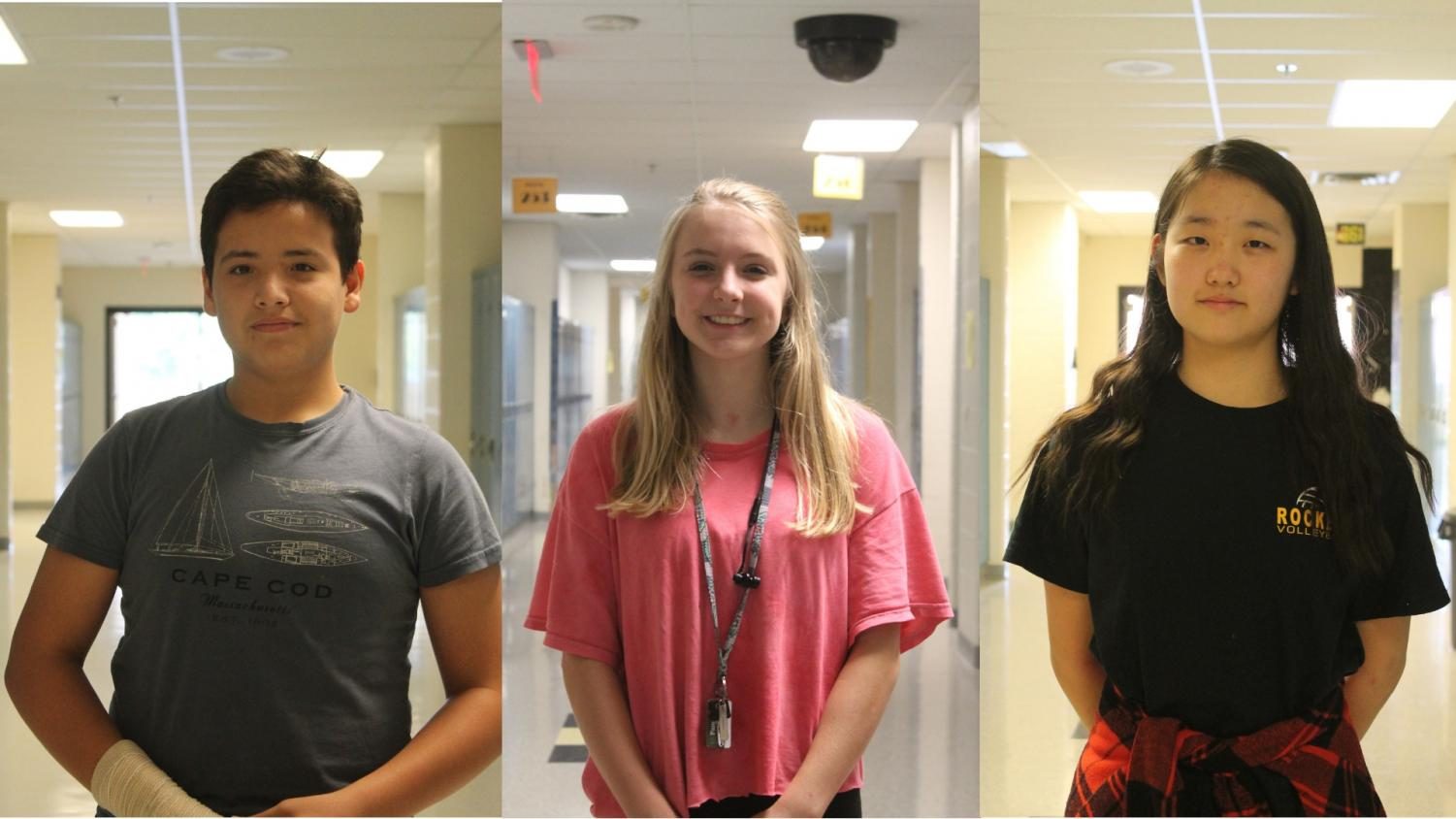 Perhaps everybody remembers the first time they stepped into RM and gawked at Main Street. However, the thoughts and emotions which came after that initial reaction might be muddled after two or more years walking through the same hallways. As the fresh school year begins, freshmen Benjamin Garayo, Iris Postovit, and Carina Guo discuss their experiences thus far.

Q: What has been the biggest change transitioning into high school? Why?
A: The biggest change would be the responsibility put on the students. Back in middle school, we were more dependent on our teachers. But now, it’s completely different. We are required to do things on our own. If we need something, it’s on us to get it. This change was very impactful for me because I was very dependent on my teachers in middle school.

Q: What is your favorite thing about high school thus far?
A: The opportunities the school gives us to be successful. Whether it’s the widespread club selection or the open lunches to talk to our teachers, there’s always something to do for anyone to reach their goals.

Q: How has the social dynamic changed since middle school?
A: Socially, high school and middle school are very different. In middle school if you did something, everyone found out about it and everyone cared. In my experience so far, when there’s drama in high school, it’s not as big of a deal. People forget faster and move on, while in middle school drama remained relevant for longer.

Q: What was your first impression of RM?
A: I was so scared. Everyone was so tall and smart. But now, getting here, I’ve realized that it’s a great place. The teachers are so helpful, the students are nice, and the clubs and teams are a great place to have fun and make high school better.

It’s a great community overall and lets you focus on what you’re really good at. ”

Q: How does the RM community differ from that of your middle school?
A: It’s a lot more open to not just being school-smart, but being arts-smart or sports-smart. It’s a great community overall and lets you focus on what you’re really good at. For example, I excel in theater, and Richard Montgomery has an amazing theater program. I’m doing lighting, and I’m excited to learn backstage instead of being on stage.

Q: What was your biggest fear for high school?
A: Definitely the unfamiliarity. As a freshman, first impressions are everything. I was so anxious about how to create a persona that would be accepted that it developed into a fear that plagued my mind almost constantly in the time up to the start of school. Not only that, but a lot more is expected of you in high school, and I was afraid that I wouldn’t be able to keep up with the standards and expectations required.

Q: What was your first impression of RM and IB?
A: Coming from a STEM-oriented middle school, my first impression of IB (when I heard of it) was this daunting, grueling program. However, my first real impression was primarily the realization that the IB program was what I needed. In middle school, I’d become experienced at moving numbers around, but IB showed me that just that was never going to be enough. There are better ways to have an influence; you have to learn how to talk to people, how to convey your thoughts, and potentially how to persuade them.

Q: What advice do you have for freshmen next year?
A: I would definitely advise freshmen not to be afraid in English, especially if they are in IB. On my first day of school, everyone was tense in English (me included). There was some idle conversation, but mainly, it was everyone shifting in their seats and looking at each other, mouthing, “I don’t want to get a B in this class.” I think freshmen should be aware that it’s going to be more challenging and that the most important part is learning. It’s a cliche advice, but that doesn’t make it untrue. This is a mindset that I didn’t have at the beginning of school, and three weeks later, wish I did.