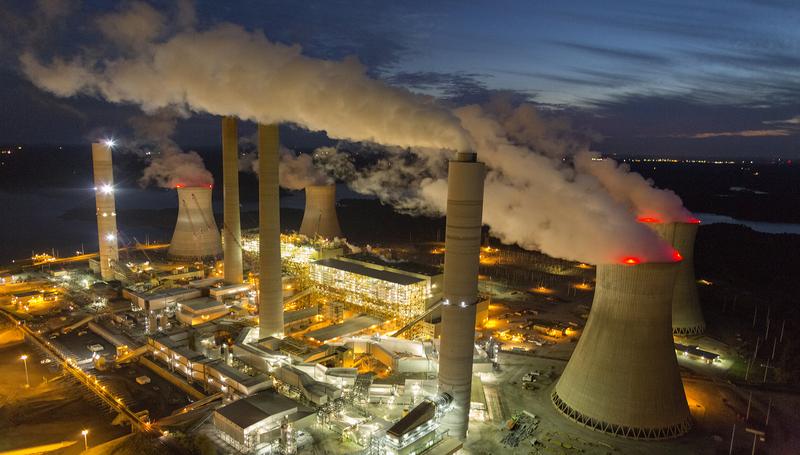 Climate change has become an increasingly pressing issue these past couple of months due to the intensity of hurricanes which ravaged, among others, Florida and Puerto Rico.

“Hurricanes thrive over warm water and strengthen in intensity,” Wayne Drash from CNN explained. “Oceans have warmed on an average 1 to 3 degrees Fahrenheit over the past century, and sea levels have risen about 7 inches during that time.” Concern over rising global temperatures is more valid than ever given the sheer number of these tropical storms we saw this season.

In spite of the urgency, President Donald Trump has taken the U.S. backwards on the issue. During the election, Trump claimed that climate change is a Chinese hoax intended to reduce American manufacturing: “Let’s continue to destroy the competitiveness of our factories & manufacturing so we can fight mythical global warming. China is so happy!”

According to his theory, if the U.S. were to implement more environmentally-friendly policies, Americans lose jobs in the fossil fuel industry and China would take the lead. This could not be further from the truth, as China is the leading superpower in the green economy. 97 percent of the world’s scientists believe in climate change, yet this has not kept Trump from tweeting his climate change skepticism at least 115 times, according to Vox.

Trump’s plan to dismantle environmental protections started with the Environmental Protection Agency, when he nominated Scott Pruitt as its administrator. Pruitt is no friend to the environment since he has been an active climate-change denier. As Oklahoma attorney general, Pruitt sued the EPA 13 times, according to The Huffington Post.

To add insult to injury, Trump wants to cut the EPA by $2.5 billion, about 30 percent to the agency’s operating budget. The New York Times said that Trump’s measures are explicitly aimed at slowing or stopping some of the EPA’s ability to regulate several forms of pollution, including the carbon dioxide emissions that cause global warming.

The Trump administration also plans to repeal President Barack Obama’s Clean Power plan. Bloomberg explained that the Clean Power Plan reduces carbon emissions from the utility sector, resulting in a plethora of benefits: “3,600 fewer premature deaths, 90,000 fewer asthma attacks in children and a decline in hospital visits”. Without the CPP, America’s energy consumption will continue to rely on the fossil fuels and endanger public health.

However, Trump’s most counterproductive actions are on the international scale. Trump’s most infamous act was pulling the U.S. out of the Paris Climate Agreement, after 195 nations had signed on to independently reduce their greenhouse gas emissions. His administration justified this decision by saying they were putting America first.

This claim ignores the risk climate change has on American cities. A 2011 study conducted by several New York universities found that the state would be at risk of flooding if sea levels continue to rise from climate change. New York mayor Bill de Blasio said, “We have to understand that if climate change is not addressed, one of the greatest coastal cities on the earth will be increasingly threatened.”

RM students were disappointed with the federal government’s actions. “Our national government is doing a lot worse than it was under Obama’s presidency,” said junior Russell Corbin. “There’s no reason for us to pull out of the Paris Climate Accords.”

Junior Reyna Choi agreed: “I think that rather than waiting for other countries to do something about [climate change], we should also be taking more steps to be responsible.”

RM students are not alone in their opposition, as, according to the Huffington Post, 61 percent of Americans believe we should stay in the Paris agreement. As well, according to Pew Research Center, 71 percent of Americans say we “should do whatever it takes to protect the environment.” With respect to climate change, Trump has failed to represent America and it is up to the people now to take action on this issue.