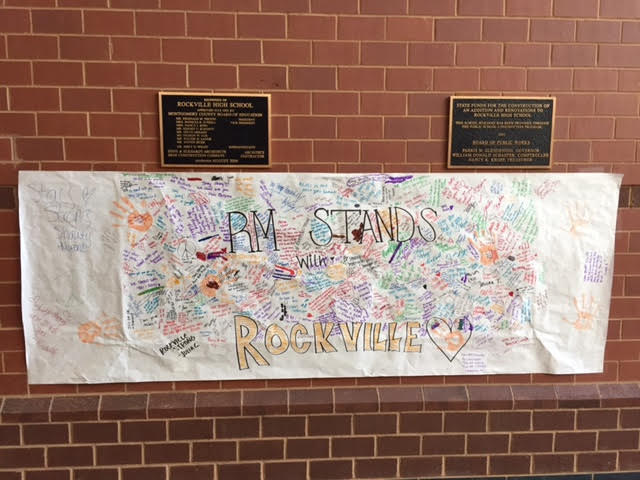 Significant security changes are coming for students, teachers, and staff at Richard Montgomery High School in the wake of the recent alleged rape of a student at nearby Rockville High School.

Principal Damon Monteleone has instructed the RM security team to adopt new policies to avoid the possibility of such an incident occurring at Richard Montgomery. In an interview, Monteleone said the school developed a series of new security steps following discussions with Montgomery County officials, the school’s administrative team, and select leadership staff, including building services. The incident at Rockville High School involved the alleged rape of a 14-year-old girl on March 17 by two other Rockville students who were undocumented immigrants to the United States.

Monteleone has instructed security personnel to patrol the halls more frequently during every period and conduct mandatory period-by-period bathroom sweeps every day. Students should also expect a daily 3 p.m. restroom check for every bathroom in the entire building.

In addition, Monteleone has asked security personnel to do the following:

● Make sure all doors to storage closets and rooms that aren’t in use in their zone are closed and locked both before and after lunch.
● Close predetermined isolated bathrooms in various locations throughout RM.
● Increase the number of sweeps of isolated stairways, vending machine cut-outs, and landings.
● Conduct random sweeps of external areas such as the softball/baseball field.
● Scan all security cameras daily.
● Ensure active patrol of areas frequented by students.
● Clear the building of abbreviated schedule students every day.

Monteleone held a town hall meeting with RM teachers Friday, March 27, to go over possible additional security steps. He gave no directives, but suggested the possibility of restricting bathroom use during the first and last 15 minutes of class and a serious reduction of bathroom use during 5th period after lunch.

Monteleone said one of the biggest areas of concern was the use of hallway passes. Teachers unanimously agreed that students tend to abuse the pass through the grab-and-go policy, where they can take the pass without asking and disrupting the class. This policy raises red flags because teachers do not always know who is out of the room, when, and for how long. Students also abuse the pass through the color code issue, where passes are given a specific color for the floor of their classrooms. This raises red flags because security personnel know the floor they are supposed to be on, not the room, allowing students to roam freely around the designated floor.

On April 14, Monteleone will host a town hall meeting in the auditorium for students. He plans to seek feedback from them regarding current security measures. In the coming weeks, he plans to send out an official Connect-Ed email to parents to discuss the changes and any other issues.

On March 21, Rockville High School had a PTA meeting to meet with parents to get feedback. Monteleone said parents made several suggestions, many of which required additional funding from MCPS. Some of the ideas that Monteleone supported include putting panic or distress alarms in bathrooms and spending additional money on cameras. Richard Montgomery now has about 100 cameras placed strategically throughout the building. Another suggestion at the meeting was to put alarms on certain doors in more isolated parts of schools. Parents also said they wanted more information regarding the process of letting undocumented students enter MCPS schools.

At the suggestion of senior Elaina Dixon, RM students showed solidarity with Rockville High School by bringing in bouquets, signing a large banner, and making posters with quotes about womanhood. On March 29, Monteleone presented the items to Rockville Principal Ms. Billie-Jean Benson. The Rockville community was deepy touched by the gesture, and the banner now hangs on its version of Main Street.

Monteleone said the incident at Rockville High was a tragedy and will take a long time to get over. But he said there are many lessons students can learn from it. Some of the takeaways he mentioned were:
● Always be safe.
● Always be aware of your surroundings and never take your safety for granted.
● Always think about your actions and where you are, both in and out of school.
● Avoid allowing the actions of the two boys to paint an entire group of people with a broad brush. The horrendous actions they committed fall only on them, not on all undocumented immigrants or all Hispanic people.

Lastly and most importantly, Monteleone said he hoped the incident has made students more aware about sexual harassment, date rape, and assault.