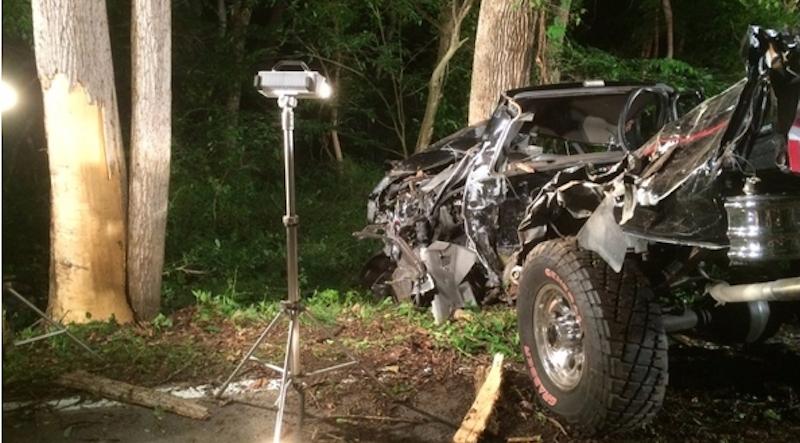 On June 7, 2016, a pickup truck veered off the road and rammed into a tree in Damascus, Maryland. Captain Thomas Didone of the Montgomery County Police Department reported that the crash caused the deaths of the three Clarksburg High School juniors inside. He explained that the speed of the vehicle and the inexperience of the driver, who was 17 years old and had only a provisional license, led to the fatal accident.

Unfortunately, stories of crashes such as this are becoming all too familiar. The Maryland Motor Vehicle Administration found that the number of young driver fatalities went up 75 percent from 2014 to 2015, and the Center for Disease Control and Prevention concluded that car crashes are the leading cause of teen death in the U.S.

“Teenagers tend to have bad decision-making skills,” sophomore Raashi Dewan explained. A dangerous mix of speed and inexperience, as well as poor visual scanning and distractibility, makes teens more susceptible to car accidents than any other age group.

Junior Sokhna Sall pointed out that at night, young drivers “have a tendency of being more tired, or they might have gone out, which leads to things like drinking.” Fatigue and drunkenness can certainly endanger the lives of those on the road at night. Dewan also noted, “Visibility is less at night, and you can’t tell what’s happening as well since your senses are slightly impaired, so the risks are definitely higher.”

In response to the recent spike in teen driver deaths, Maryland legislators are considering a bill that would make the curfew earlier for adolescent drivers. Right now, drivers under the age of 18 with a provisional license are required to be off the road by midnight. Given the inherent dangers of nighttime driving, few would oppose the current midnight curfew for teens with a provisional license.

This rule is part of Maryland’s three-stage Graduated Driver Licensing (GDL) program. As young drivers get more practice and advance through the three stages—permit, provisional license, and standard driver’s license—they experience fewer restrictions on the road. GDL aims to protect the safety of teen drivers, and it has largely succeeded.

Data from the National Highway Traffic Safety Administration (NHTSA) in 2015 shows that GDL has reduced teen crash risk in the U.S. by as much as 30% since its implementation in the 1990s. Despite its success, there is an ongoing debate on whether GDL restrictions should be tightened, especially with the recent increase in young driver fatalities. That is where Maryland’s new bill comes into play.

If it were passed, the new Maryland law would shift the curfew by two hours to 10 p.m., but it would provide exemptions for teens who are out late for school, work, and volunteer activities. Although this new law was proposed with good intentions, it would simply inconvenience teen drivers and do little to protect their safety.

Many people believe that the majority of car accidents occur at night. This assumption is not unwarranted, as there is reduced visibility and and an increase in drunk-driving at night. However, the NHTSA determined that most accidents take place during rush hour, between 3 p.m. and 6 p.m., because of the poor driving conditions during that time. An earlier curfew would not address the bulk of the road-safety issue.

Over a third of fatal drunk-driving incidents happen late at night, but pushing the curfew forward is still not the solution. The NHTSA suggests making breathalyzers more widespread to reduce these upsetting statistics rather than implementing an earlier curfew. There is little to no research to justify the new Maryland law, so enforcing it would be ineffective. Junior Leia Cohen explained, “At ten, it’s pitch black. At twelve, it’s also pitch black, so it doesn’t really make a difference.”

An earlier curfew would further burden teen drivers by restricting their freedoms. “If I’m at a friend’s house and I need to go home and grab something and it’s after ten, then it’s very inconvenient,” Cohen said. Similarly, senior Isabella Pasternoso explained, “It limits the ability to have fun, so if I wanted to maybe get a milkshake at 10 o’clock at night, I wouldn’t be able to do that.”

It is difficult to strike a balance between safety and personal freedom. The deaths of the three Clarksburg teens and others like them show that young drivers need regulations to create a safer environment in which they can drive. However, it is unlikely that the newly proposed curfew could have prevented those tragic deaths, and a 10 p.m. curfew would limit the ability of teen drivers to act independently. Balance is the key, and the current curfew achieves that.