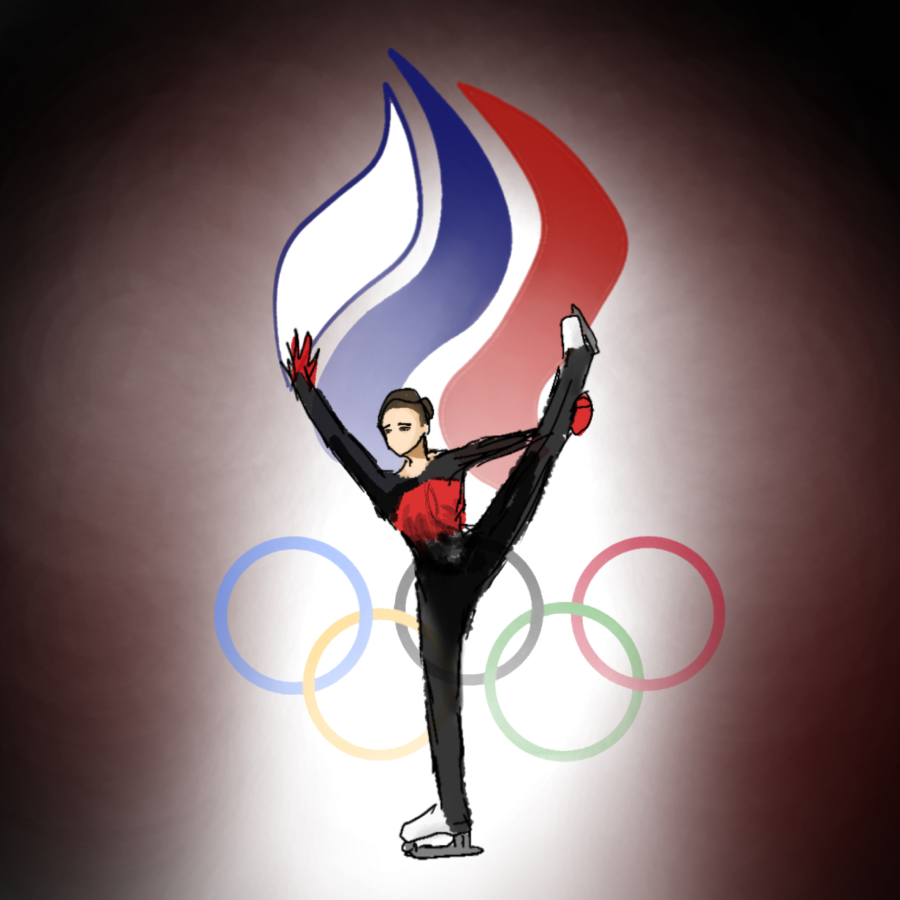 15-year-old Russian Olympic figure skater Kamila Valieva tested positive for trimetazidine on Feb. 8, 2022, one day after she and her teammates won gold in figure skating. Trimetazidine is a banned drug, both in and out of competition by the World Anti-Doping Agency (WADA). It is typically used to treat heart conditions such as angina and is thought to increase blood flow and improve endurance.

A week after Valieva’s positive drug test, The New York Times reported that her sample also contained two other substances that are used to treat the heart (Hypoxen and L-carnitine), neither of which is banned. Valieva disclosed both of these drugs on a doping control form, and in testimony, her mother said that she had been taking Hypoxen due to heart “variations.”

Valieva’s sample was collected on Dec. 25 during the Russian National Championships. It is not quite clear why there was such a long delay between taking the sample and the report of the positive test. However, the Associated Press reported that a January COVID-19 spike in Sweden, where the WADA-accredited lab is located, may have been a factor.

Meanwhile, Reuters reported a mutual finger-pointing between WADA, the lab, and the Russian Anti-Doping Agency (RUSADA). RUSADA claims that the lab promised to prioritize Valieva’s test in time for the Olympics, while WADA claims that RUSADA failed to request that the lab do so.

RUSADA itself has had its fair share of scandals. In 2019, WADA ruled the agency non-compliant with international anti-doping standards. Its recommended four-year period was reduced to two years by a ruling from the Court of Arbitration for Sport (CAS).

This came after revelations that Russia ran a massive, state-sponsored doping scheme during the 2014 Winter Olympics in Sochi, which resulted in a ban of the Russian name, flag, and anthem from several Olympics, including the Winter Games in Beijing.

Under the Russian Olympic Committee (ROC) banner, Valieva entered the Olympics as a favorite for the individual gold medal. During the team event, Valieva became the first woman ever to land a quadruple jump at the Olympics, a common element in men’s skating but almost nonexistent in the women’s event.

Following an emergency appeal hearing by CAS, the IOC and ISU lost their appeal to have Valieva’s suspension reinstated. The case was not heard in full during that time; the only matter heard was the question of whether or not Valieva should be permitted to compete in the women’s individual event, which took place on Feb. 15.

Since the suspension was not reinstated, Valieva was indeed allowed to compete and impressed in the women’s short program. She recorded a field-leading score of 82.16, advancing her to the free skating competition on Feb. 17. Valieva was one of 25 skaters to advance, a group that would have normally been 24 but expanded because of her doping scandal.

Since the Beijing Olympics, Valieva has spoken out about the controversy and says that she is feeling grateful for her support system. “I want to thank everyone who has been with me during this tough period: who was by my side and did not let me lose heart, who sent me supportive messages, who was just thinking of me, who prayed, who believed me and in me.”

U.S. sprinter Sha’Carri Richardson who wasn’t allowed to run in the Tokyo Olympics after testing positive for marijuana has also shared her thoughts on Valieva’s doping controversy. “Can we get a solid answer on the difference of her situation and mine?” Richardson tweeted. “My mother died and I can’t run and was also favored to place top 3. The only difference I see is I’m a black young lady.”

Richardson is not the only one who is seeking answers about why she was not allowed to run yet Valieva was still allowed to skate despite her failed drug test. Many people are upset over this controversy and believe that it is a prime example of racism in sports.

“Our system is messed up and racist because Valieva deliberately violated the rules [of the Olympics] to give herself an unfair advantage while Richardson was mourning and going through a loss,” sophomore Naima Goffney said.

Sophomore Nitya Donthi agrees. “I don’t think it was fair that Sha’Carri Richardson wasn’t allowed to compete but Kamila Valieva was. This incident proves that there is a double standard in our society. It’s not fair that a white person was allowed to compete while a person of color wasn’t,” she said.

Two factors that caused CAS to clear Valieva for skating, despite her positive test, were her age and limited information. CAS stated that Valieva’s age makes her a “protected person,” and “very limited facts,” along with “serious issues of untimely notification,” prevented Valieva from putting together any kind of defense.

However, many people disagree and think that it was unfair that CAS used age as the basis for their decision. “Anyone who tests positive should not be allowed to compete, regardless of their age. Minors could be coerced into taking drugs and it may not be their own fault, so they shouldn’t be treated as harshly. However, they still should not be allowed to compete,” Donthi said.

Sophomore Advika Agarwal says that adult advisors’ roles in doping incidents makes it easier for minors to act out of character in order to equal older competitors. “Adult advisors play a role in doping incidents, and the leniency for minors only makes it easier for them to take on hazardous and unfair behaviors in order to match up to older athletes,” she said.

Kamila Valieva’s doping controversy has pulled people in two different directions. There are those who continue to give her their utmost support and there are those who think that her being allowed to continue skating is simply not fair. The real question is what effect this controversy will have on future Olympic games and how it will shape the future of the sports industry.