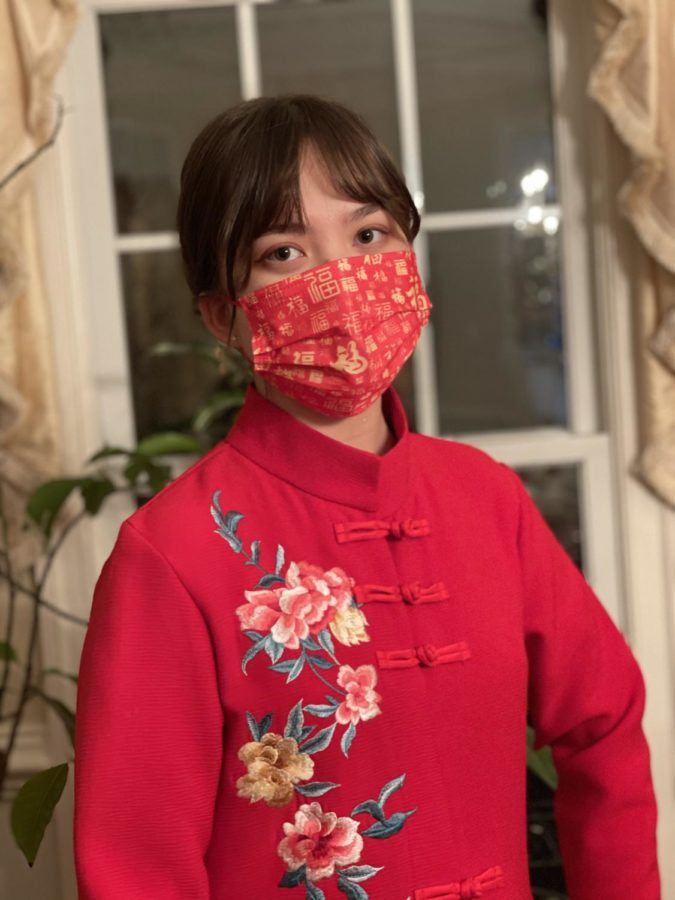 In 2022, the tiger takes the stage, and many gather with family and friends over the festival. Loud drums, lion dances, and multitudes of delicious dishes are just some aspects of the various ways Lunar New Year is celebrated by many East and Southeast Asians around the world. This celebration usually begins in January or February, depending on the Lunar calendar, which also operates on a twelve year cycle based on the animals of the Chinese zodiac, and lasts anywhere from one day to 15 days based on the culture celebrating it.

For some RM students, Lunar New Year is a time to reflect on fond childhood memories, get gifts of money, and tidy up the household. After the past few years and their tumultuous events, this time is especially special to spend time with those around one and remember the joy of the new year. Three Asian-American seniors from different backgrounds share their fond memories and traditions spent during this time, and reflect the rich variety of ways Lunar New Year manifests and brings joy to communities around the world.

Senior Daniel Choi celebrates Korean New Year, or Seollal (​​설랄). For him, a lot of his memories come from Lunar New Year celebrations at his Saturday school. “So I do actually help students organize Seollal events, which is basically Lunar New Year celebration, and we do a bunch of different games like tug of war. We make dalgona (달고나) like in Squid Game [popular Netflix show],” Choi said.

For Choi, making dalgona candy, eating tteokbokki (a simmered rice cake) and playing games with friends at his Korean Saturday School have been some of his favorite memories from childhood. “I also do this thing called sebae (세배) which is supposed to be about blessing each other for the new year,” Choi said. Sebae is an act of deep bowing to show respect for elders in the new year. “I’ll do that to my parents, and when I was a child I would do it to my grandparents as well–and I would get some money in exchange.”

Similarly in other East and Southeast Asian cultures, money is often exchanged in the form of packets or envelopes between people; for example, parents to children. For example, this can be referred to as hóng bāo in Mandarin (roughly translated as red pocket/packet/bag) and Chinese culture, lì xì in Vietnamese culture, and is also practiced in other countries like Vietnam, Thailand, Malaysia, Burma, Cambodia, Korea, and Japan, although the style and timing of envelopes vary.

Senior Carolyn Lee is Taiwanese and shares her experience on her favorite Lunar New Year traditions. “The red envelopes, they’re called yāsuìqian (壓歲錢) in Chinese, which means you put them under your pillow and it brings good luck for the new year,” Lee said. Lee mentioned a multitude of foods as well, similar to Choi. “We’re gonna have the fancy new year’s eve’s dinner with, like, all of the foods that people usually do, like dumplings, we’ll definitely be making them tonight,” Lee said.

Senior Amanda Wu, whose family is from Jiangsu, China, reflects on similar traditions that Lee shared. “A few days before the new year, my whole family will usually start cleaning the house to get everything fresh for the new year. We’ll decorate our posts with red paper cuttings–This year, we have some really cute tiger paper cuttings as well as cuttings of like the fortune character, which is supposed to bring wealth into your house,” Wu said.

Wu also recounts receiving red envelopes on Lunar New Year. “So the elders, parents, grandparents in my household will give red envelopes to my sister and cousins, and we’ll wish them a happy new year and like, you know, good health and love and life. And it’s just like a tradition,” they said.

Additionally, Wu recounts some fond memories spent around Chinese New Year. “My parents and my grandparents would tell stories about their childhood in China as well as just catch up with how the rest of the family has been over the past year. Like, we’ve seen each other through the year too, but it’s still like a good time to reflect on the year as well as we feel more connected,” Wu said.

As people grow older, the memories made during youth come back during the exciting Lunar New Year period. Like Choi, Wu, and Lee have all shared, Lunar New year serves as a special time to reconnect with family over delicious meals, fun games, and longtime traditions. This year of the Tiger, though many still are separated from family overseas by things like COVID-quarantine requirements and country rules, they find ways to share the joy associated with Lunar New Year, and wish for good health and prosperous years to come.

Check out the gallery below to see the delectable dishes students had for Lunar New Year!