How corporations influence our entertainment (and therefore our opinions) 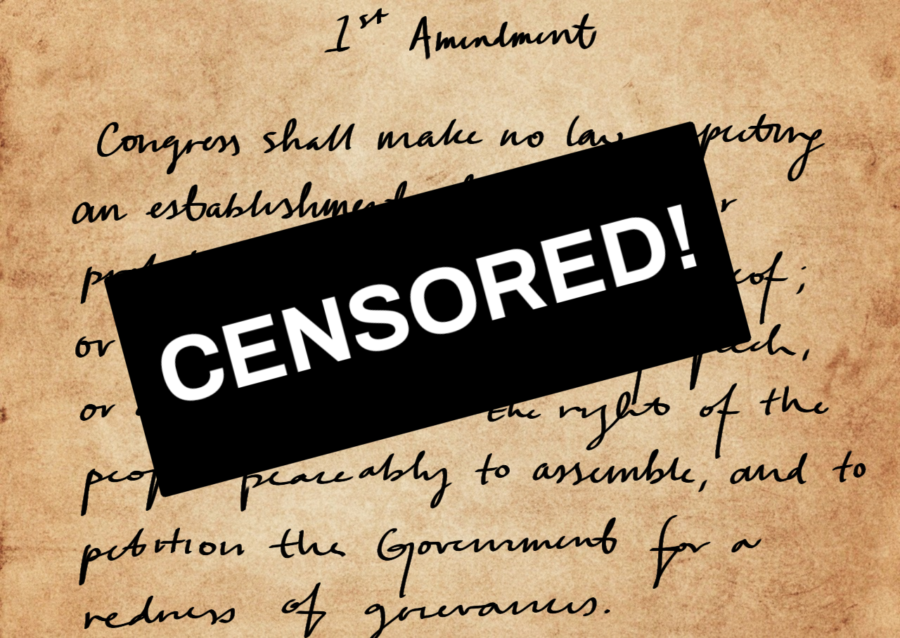 One of the biggest questions asked by censorship is whether or not it's a violation of free speech.

Today, pretty much everyone with access to the Internet has an outlet to express their own or take a look at others’ views and opinions through personal blogs, online forums and even the comment sections on Instagram or Youtube.

A quick scroll through the tweets under a trending Twitter topic reveals many opinions (unified at times, divided at others) concerning the latest events and affairs. These range from social and political issues to the latest happenings in pop culture.

However, individual posts rarely have the power to influence widespread public opinion. This influence lies with massive media conglomerates, which control a myriad of media sources such as TV channels, publishing houses and film studios. Over time, control over mass media has become concentrated into the hands of just a few corporations.

For example, Comcast, one of the biggest media conglomerates in the US and worldwide, owns DreamWorks Animation, NBC (including NBC News and SNL), Universal Parks and Resorts, and Xfinity, among other things.

This becomes an issue when you think about how much of the media consumed by people on a daily basis is controlled by one single corporation.

Just withholding a few details of a story or embellishing others is enough to sway public opinion. As the subsidiaries, or the individual companies, are controlled by one big holding company, if they wanted to push or restrict the spread of a specific ideology, then a whole wave of media would also go along with it.

These days, political censorship is a prevalent topic. In the US, Democrats and Republicans are constantly feuding over policies and polarized beliefs. Both sides warn the public of the dangers of the beliefs of those who lean far-right and far-left to push their agendas and inhibit the other party’s.

News companies publish articles with shocking headlines and broadcast reports discussing controversial topics to sway the people reading or watching into siding against the other side of the argument without considering both sides equally.

News sites can be sorted into different ranges, like those measuring amounts of bias (from reporting facts to fabricating information) and political alignment. Generally, a source with as little bias as possible with less association with any political party is desirable for reliable facts that are not distorted in any way.

But everyone’s interpretation of these things is different, and charts that can be found online are made with bias. Therefore, it is difficult to have a concrete map of reliable versus unreliable news sources, but a few comparisons of different charts will tell you the general orientation of the news sites on the ranges.

One example of media censorship in recent years is the banning of all of Former President Donald Trump’s social media accounts. The platforms involved have stated their reasons for doing so, as the posts he frequently made violated their terms of service. Additionally, they believed his platform aided in the inciting of the Jan. 6 Capitol riot, and further access to social media could cause more potential violence.

However, this is still restricting an individual’s free speech and can be viewed as unjust. According to an article published by Pew Research Center, 49 percent of Americans believed that Trump’s accounts should be permanently banned, while half thought that they should not.

The opinions on this case are deeply divided, as with many other cases of media censorship. Politics is also involved, as in Trump’s case, liberals were more likely to favor the deletion of his accounts while conservatives denounced it.

Another example of suppression in the media that is not political is the censoring of photos deemed obscene, or pornography. This is sometimes necessary, as in case those photos were posted or taken without consent, they will be taken down. Children on the internet will also be prevented from seeing “obscene” photos freely posted on social media sites.

Although censorship in this case can protect people’s safety, it also affects others’ ability to freely express themselves. People who see their content as a valid and acceptable form of artistic expression are being restricted, as well as adult content creators who make a living off these photos.

Censorship is also not limited to occurring at the hands of huge media companies. In many countries around the world, the government is involved in the surveillance and censoring of their citizens on the internet, either to spread propaganda/promote their ideology or to silence those with political views opposite of their leaders. North Korea, China and Iran are among the most censored countries in the world.

Citizens of these countries rely on VPNs (which are oftentimes illegal) to gain greater access to bypass internet restrictions. VPNs are common in China and Iran, but in North Korea where internet access is extremely limited, people tune their radios to forbidden broadcasts and smuggle South Korean drama and music for a brief glimpse at the outside world.

So, is it right to censor?

Those who censor often argue that it is for the greater good, though it often silences or limits others, possibly a minority population, in the process. Censorship in the media can keep us safe from malicious posters, but can also be used by news channels to twist public perception and push people towards specific ideals. Huge conglomerates have control over the media, and when reporting on events, their voices are so loud that they become the only ones we hear.