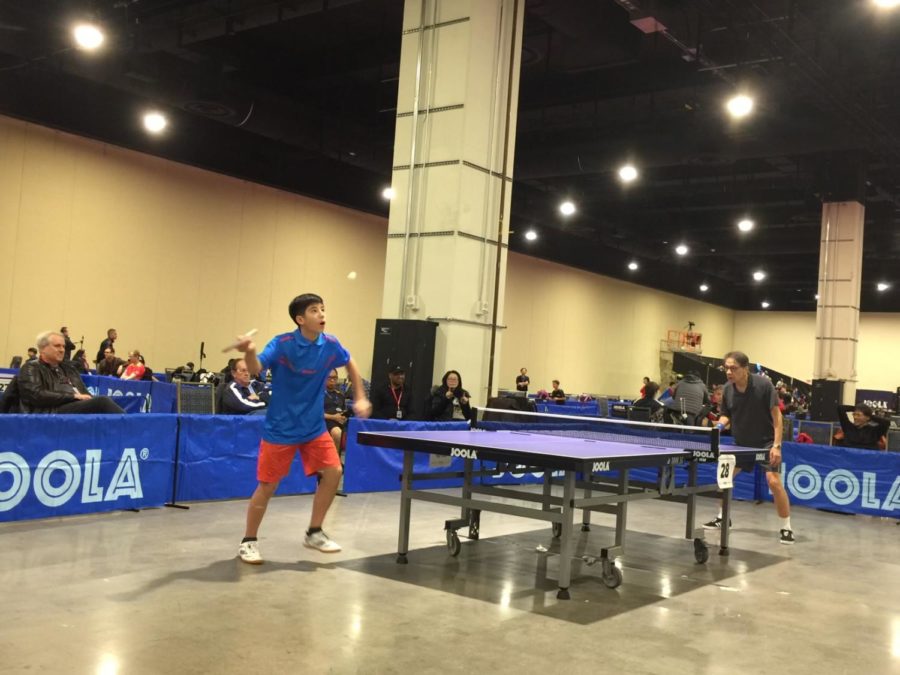 Nash plays competitively out of school with his club team, MDTTC.

Table tennis, a.k.a ping-pong, is both an energetic and fast-paced recreational sport. All that is needed to play are paddles, a table and an opponent. Although most treat the game as a fun pastime to enjoy occasionally alongside friends, for some RM students, the sport is an extremely competitive activity.

Junior Nicholas Nash has been playing table tennis for a few years, but did not start to play seriously until 2018. He had always played at home, but wanted to try it out after his end of playing another sport.

“When I quit soccer, I wanted a new sport to play, and I always enjoyed playing at home, so I went to a local table center and started playing seriously,” Nash said.

For junior Charlie Lapkoff, he was introduced to the world of table tennis by his grandfather on a trip they went on together and immediately took a liking to the sport.

“I found it fun so I wanted to play it more.  I was looking for places around the area to play and  I found my home club, MDTTC (Maryland Table Tennis Center), where I train three to five times a week now.”

Lapkoff began to play competitively after witnessing others with developed skills play serious matches against one another.

“I saw them play at a very competitive level which left me in awe. I was interested in how these players were hitting the balls with so much spin and finesse, which led me to play in a tournament and it’s been uphill from there,” he said.

Although both players have had multiple achievements within the game at a number of competitions, they have also had their fair share of challenges.

“Unlike a lot of other sports, table tennis is typically individual. So when you lose, it’s all on you, which can be a lot to deal with sometimes,” Nash said.

Lapkoff noted similar struggles with having to endure losses while playing, and how it can be difficult to balance school with a packed schedule for practices.

“It’s hard to  manage schoolwork and a social life with table tennis because of how often I practice, and of course in tournaments it is always a struggle to be down in a game or lose to someone you think you shouldn’t have,” Lapkoff said. “You have to stay strong mentally and learn from your mistakes.”

Lapkoff commends  MDTTC for being a profound club, and both he and Nash suggest starting to play table tennis with this center.

“They have coaches from a bunch of different national teams. One of the coaches was even top three in the world,” Nash said.

Lapkoff recommends for those interested to seek their closest recreational center. “If you  talk to anyone who plays, they will only say the best about the sport because it can be competitive, fun and so interesting,” Lapkoff said.