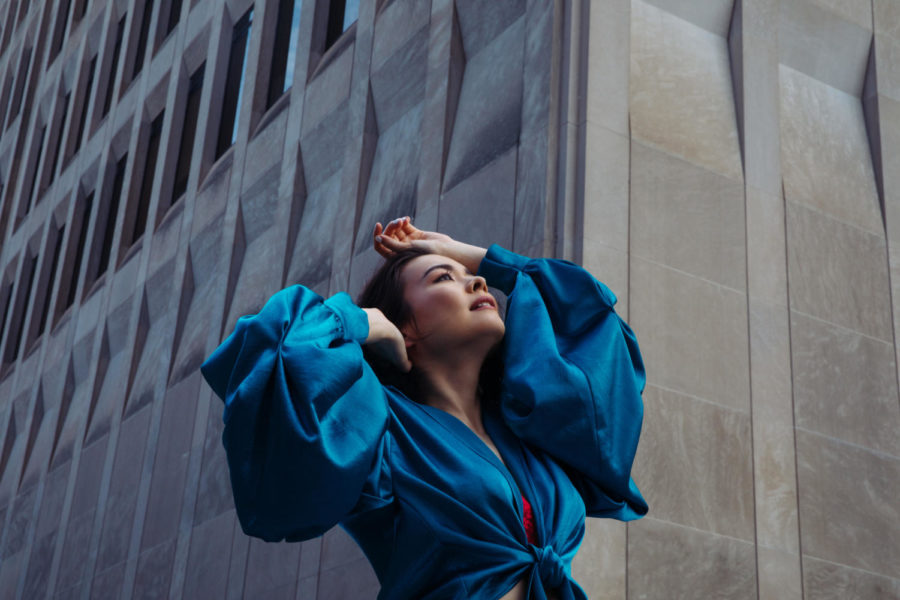 Someone once told me that songs are poems recited with an accompanying melody and rhythm. That lyrics are like stanzas and albums resemble poetry collections. Songwriters are akin to poets, and singers are poetry performers.

I can’t say I totally agree with this for every artist, but there is one that I’m 100% sure that analogy applies to: Mitski.

Although I listen to her constantly, one thing that still stands out to me with each listen are her poetic lyrics. Each of her songs are distinctive and one-of-a-kind. Whether the backing music is upbeat and overpowering or slow and muted, her incredibly expressive voice always takes center stage.

Though each of her albums continuously compete for the top spot as my favorite, “Lush,” Mitski’s debut work, is probably the one I like most. Themes and interpretations are unique to each listener, and for me, the album is all about beauty and relationships. Despite their somber lyrics, the songs on “Lush” give the listener a feeling of intimacy and connection.

“Lush,” was released on January 31, 2012 as Mitski’s junior year project at Purchase College, where she was studying studio composition. Mitski stated that it was her most diverse album in terms of style, both because it was her first and the songs were written at different times. “Bag of Bones” is considered her first and was written when she was 18. Despite its scattered origins, I love how unrefined and raw “Lush” is.

A main theme of “Lush” is beauty. In “Liquid Smooth,” one of my personal favorites, Mitski portrays someone’s struggle for validation in a superficial society that values them only for their beauty. Similarly, “Brand New City” talks about feeling dead and hollow inside yet being unable to let go of one’s looks. Mitski shows a common struggle between choosing validation or personal wellbeing. As someone who struggles with their appearance, listening to a song about someone with a similar experience is comforting.

“Lush” also touches on gender roles, with the songs “Real Men” and “Wife.” Going off the titles, you can probably guess what each song is about. “Real Men” is about Mitski’s distaste for those obsessed with toxic masculinity. She deals with her own need for validation from these men while commenting on society’s problematic view of traditionally masculine behaviors. She contrasts this with “Wife.” Mitski tells the story of an infertile housewife who feels like she has no purpose because she cannot give her husband a child. She is not a mother, but a nameless wife with nameless children who will never exist.

Although I have never experienced being forced into a gender norm, I have heard many offhanded remarks about it. Listening to the lyrics of these two songs have made me reconsider the impact that those comments have had on my perception of my gender. I have realized that I also constantly seek validation for fitting into a traditional “feminine” role.

Mitski goes on to explore toxic relationships in “Eric” and “Bag of Bones.” “Eric” shows a narrator at first believing they have control over their relationship before realizing that they are helpless. Her voice also gets more and more frantic from its initial calm state, bringing the listener on the same emotional rollercoaster as the narrator. “Bag of Bones,” my favorite song on “Lush,” addresses a sexual relationship that is emotionally hollow. Mitski’s lyrics show someone begging to be let go but ultimately being unable to escape the relationship.

I have never been in a relationship, but I have watched my friends date people who constantly made them cry and ruined their emotional states. I would never understand why they would continue to be with them, even after ranting to me about how terrible they were. “Eric and “Bag of Bones” offered me an insight into the complicated minds of those stuck in toxic relationships, whether they recognize it or not.

A final theme of “Lush” is yearning. In “Abbey,” “Door,” and “Pearl Diver,” Mitski comments on our constant behavior of chasing unattainable things. “Abbey” and “Door” are similar in that in both songs, the narrator is pursuing something that is unknown to them. They do not know what they want, yet they keep looking. In “Pearl Diver,” a pearl diver dives infinitely in search of more, abandoning all they have—not knowing that they already had it within themselves.

Many people with passions have probably experienced similar conflicts considering how much they are willing to throw away to chase their dreams. I have thought about these things as well. Is it worth it to pursue an unknown outcome? What if what you thought was your dream wasn’t actually meant for you, but you were in too deep to get out? Mitski raises tons of questions in her songs, but offers no answers.

Mitski has come a long way since the release of her debut album, and her music has also evolved tremendously. As she gears up for the release of her sixth studio album, I have been listening to the older parts of discography—which may not be Mitski’s most popular, but it is definitely some of her best. So the next time you’re looking for some new music, give “Lush” a listen.