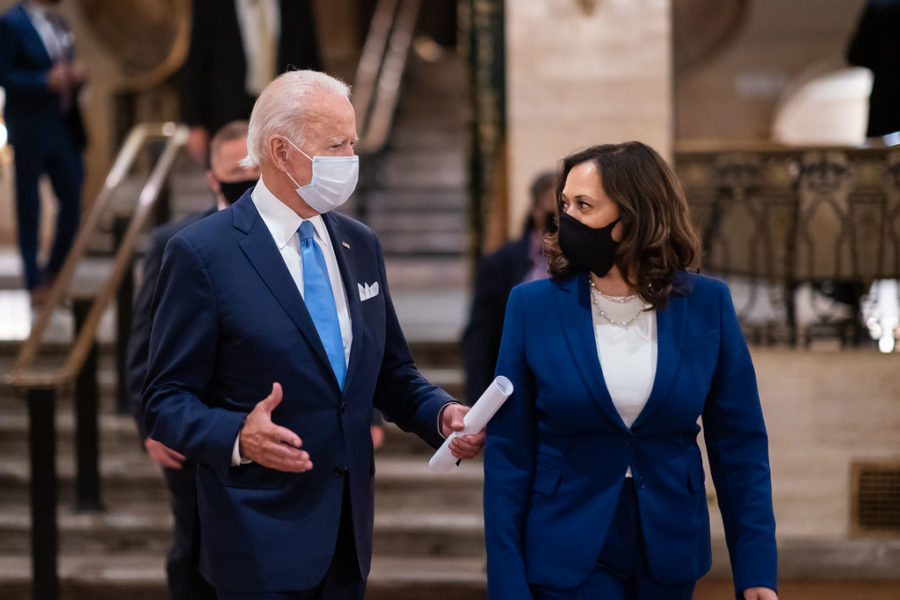 Biden stepped into office on Jan. 20 after a contentious election. As his first year comes to a close, his mediocrity as a president has become increasingly evident. Biden’s new administration has already made a slew of mistakes, souring already dour relations with other countries, ranging from a sloppy retreat from Afghanistan to a mishandling of the immigration crisis.

As part of his campaign, Biden promised to pull troops out of Afghanistan after a grueling 20 year war. The US has long since overstayed its welcome, and American military intervention has done little to improve the situation. The threat of terrorist attacks on the US has not been completely negated, and the Middle East has been ravaged by war. Pulling out was a decision long overdue, however the poor execution nullifies that success.

When Biden assumed office, he set an arbitrary deadline for the extraction on Aug. 31. His obstinate unwillingness to change his unreasonable deadline resulted in a messy evacuation of Afghanistan. According to the New York Times, 13 U.S. soldiers were killed while trying to carry out the evacuation and Insider states that over 100 U.S. citizens were abandoned.

Other NATO allies supporting the U.S. in Afghanistan were left scrambling to leave before they were left behind. This was a political gamble on our President’s part – a power move. A power move that has left many of our allies feeling slighted.

While the Biden administration seems to have difficulty bringing people back, they also have a problem with kicking people out. Biden has followed in Trump’s footsteps by abusing Title 42, a law that allows immigration authorities expel immigrants found at the border before they can apply for asylum during certain health emergencies.

According to ABC news, Biden has expelled thousands of Haitians, among others, without letting them seek asylum. He is dismissing immigrants, throwing them back into the clutches of dangerous gangs and unstable governments, without even giving them a chance.

This has garnered a lot of backlash from democrats voicing disapproval of this violation of rights. Democratic Rep. Ayanna Pressley said “As we speak out against the cruel, the inhumane, and the flat out racist treatment of our Haitian brothers and sisters at the southern border we cannot and we must not look away in this moment.” This violation of human rights demonstrates how Biden is not willing to figure out a genuine solution to the problem, and wishes to just find the “quick fix.”

This approach is generating more problems, one of which is the increase in repeated border crossers. According to Pew Research Center, in July, 27 percent of border crossers had at least one previous confrontation in the past year, up 13 percent from before Title 42 took effect. This can explain the growing number of encounters at our southern border, reaching numbers not seen in two decades. In July alone, there were nearly 200,000 confrontations. An increase in crossings necessitates an increase in patrols, which diverts money and attention from other problems.

Even so, Biden has undertaken critical tasks and successfully accomplished them in a relatively short period of time. He was able to implement a mask mandate that significantly reduced the spreading capabilities of the virus. He also got 220 million COVID-19 vaccine doses out in his first 100 days and as of now, according to USA facts, over 400 million doses have been administered.

This contributed to a sharp decline in cases as soon as Biden entered office. Additionally, the frequent vaccine drives and cheap vaccinations helped give equal opportunities to all people. Multiple marginalized groups were able to get a majority of their population vaccinated.

However, the bottom line is that Biden is an unpopular president. According to FiveThirtyEight, he currently has a 44 percent approval rate, lower than all recent presidents except Donald Trump. “Biden has done ok so far, I think he’s done well on COVID but in other areas, like bipartisanship, immigration and foreign policy, improvements should be made,” Sophomore Georgia Levine said.

Unlike his rather unremarkable 36 year tenure in the Senate, his first year as president has been very action-packed. He conducted a poorly-organized withdrawal from Afghanistan and mishandled the immigration crisis. His only saving grace was his response to COVID-19. One can only hope that his next three years in office have more of the latter and less of the former.