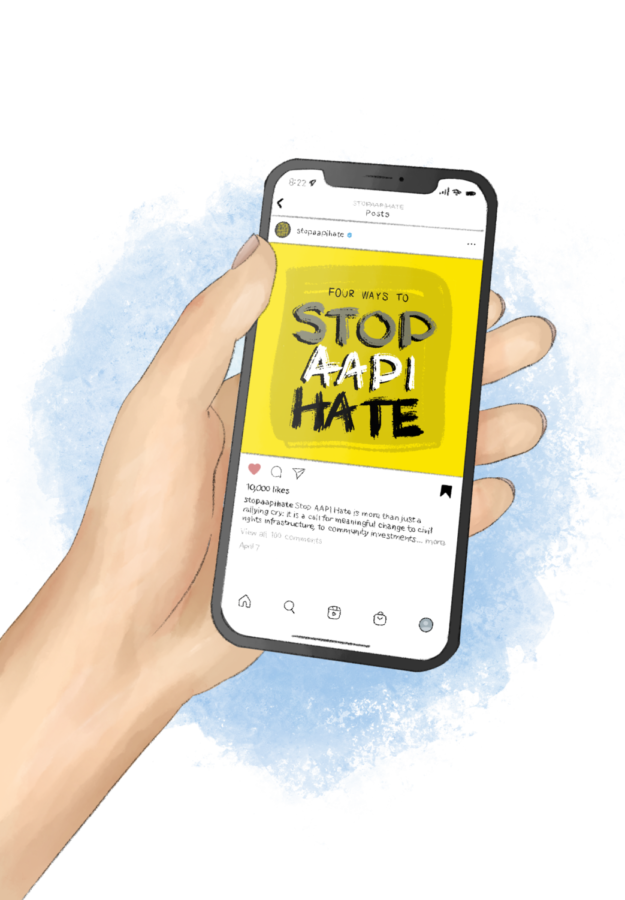 Over the years, social media has become one of the most popular sources of activism and advocacy on a variety of issues. The internet provides a way for people to become informed of issues and advocate for changes they wish to see.

According to a survey by the Pew Research Center, about two thirds of Americans agree that social media highlights issues that would have otherwise not received attention and provides a voice and platform for underrepresented groups.

The internet contains a variety of advocacy opportunities and sources for people to become educated on topics. “People who don’t know topics or issues that are going on in the world, they can learn about it through social media,” freshman Mara Porter said.

However, with this ability to advocate through social media, comes the rise of performative activism. Often referred to as “slacktivism,” performative activism is a form of advocacy used to gain social status or attention rather than to show genuine support towards a movement or cause. Porter said, “ [It] can be showing almost, in a sense that, in a sense that you’re just doing it to get attention and you don’t really care about what you’re talking about.”

With the resurgence of the Black Lives Matter movement occurring during the height of a global pandemic, people took to social media to share their support and spread the word. However, this activism quickly became performative as people began to use #BlackLivesMatter to boost their own personal posts and drowned the hashtag with black boxes. These posts buried the ones with useful and educational information regarding the movement causing protest.

The same study done by Pew Research Center also revealed that despite support for social media activism, 79% of Americans believe that social media distracts from issues that are really important and 76% agree that social media makes people think they are making a difference when they actually aren’t.

So, how do people effectively use social media to advocate without coming across as performative? The first step is research.

“Two clicks and you can post something,” Freshman Ema Djordjevic stated. “Look up the sources, see if it’s reliable and then repost it so you make sure you’re posting the right information.”

Additionally, freshman Corinne Howard stated, “If you’re gonna post something maybe make it your own, or try your best to like, make it seem like it’s coming from you, rather than just repeating or reposting a message that someone else has said.” Placing emphasis on the importance of originality and steering away from trends or hive-mind mentalities is vital when it comes to social media activism.

One must also be open to criticism. Receiving critique on posts does not necessarily equate with being “canceled” or having free speech taken away. Instead, this allows for discussion to take place and voices to be heard, which is the exact goal of social media activism.

Performative activism has been enabled through social media, however, with research, originality, being open to criticism, and listening to the stories of others, social media can be used to effectively advocate. Retire the meaningless hashtags and reposts and replace them with posts that can truly make a change.