The start of the school year brings new clubs for students 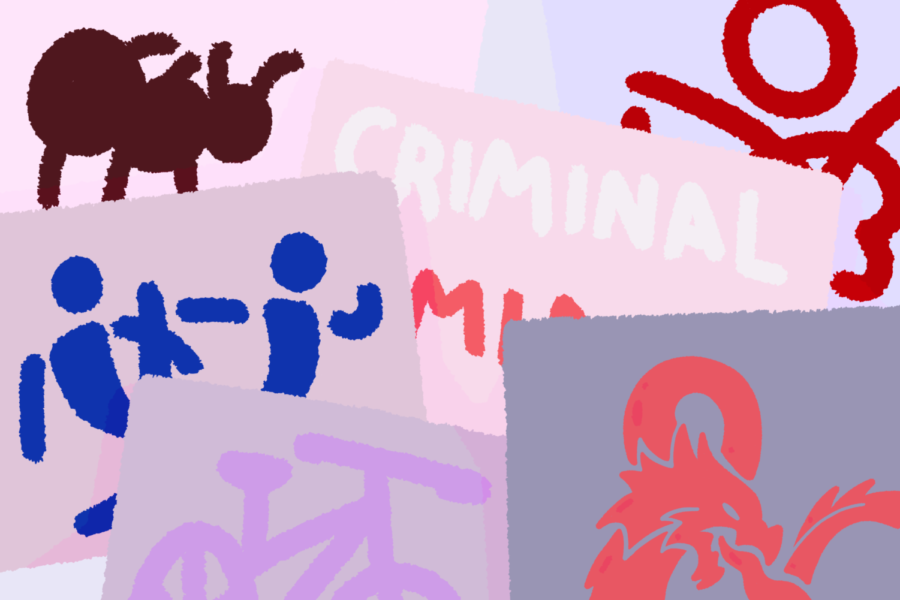 Here are several newly founded clubs you can join. They range from myrmecology club to fanfiction writing!

Whether you like it or not, ants are ubiquitous-they can be found in your picnic basket, stealing morsels of your long anticipated snack you placed on a bench and appear to be everywhere without an invitation. But why not learn about these interesting creatures? Join the Myrmecology Club-RM’s first ever ant club-in room 342 on every other Thursday during lunch. A fun activity being planned is having club members find, catch and raise a queen ant during the Spring-Autumn mating season to create an ant farm. Junior Jingkang Wu, the club’s leader, became fascinated with ants after discovering a YouTube channel called AntsCanada over the summer and observing a queen ant he found in his backyard. After being introduced to myrmecology, Junior Gwen Taylor suggested that they start an ant club to share the wonder of ants to other students. “Ants are wild-the structures, the colonies, the little societies they have are really interesting but not talked about that much,” Taylor said. “Everyone should come to the ant club. You’ll learn some cool stuff, meet new people and have a good time.” If you’re interested in joining, follow @rm.ant_club on Instagram and email [email protected].

Are you interested in learning how to protect yourself in vulnerable situations? Join the Self Defense Club every other Thursday during lunch in room 159. Activities include learning tactical skills such as how to get out of a chokehold, drills that simulate attacker versus defender situations and learning about spatial awareness through exercises that involve hitting targets thrown in the air. Junior Sofia Molina, the club’s founder, has more than twelve years of experience in martial arts at her family’s karate studio called Pandas Karate. Molina has experience in teaching others martial arts and hopes to share her knowledge with the RM community. “I would love to help my members build confidence and feel more capable physically and mentally,” Molina said. “I want to promote awareness and teach them how to be capable of defending themselves.” Follow @selfdefenseclub_rmhs on Instagram and email [email protected] to join.

If you need a break from reality, immerse yourself in a fantastical world by joining the D&D club during lunch in room 336 any day of the week except Tuesday. If you feel your memory tingling, it might be from the fact that D&D made its appearance in Stranger Things and The Big Bang Theory.  Activities mainly include Tabletop Role Playing Games, the most famous of which is Dungeons and Dragons, and Pathfinder games. Club president and junior Jason Altneu started playing several years ago with his friends. “ Our main goal is to expand, and hopefully keep this club going for a while longer,” Altneu said. “We have had some hilarious moments in this club-mass destruction, characters almost killing each other, and more. It has been a lot of fun, and there is little to no commitment.” Interested? Join the club’s discord and email [email protected].

Interested in learning how to make origami? Join the Origami club on Thursdays during lunch in room 236. Activities include making trinkets for children and the community through fun SSL projects and having mini competitions as well. The club is low commitment, so come when you are able to.  “I’ve been doing origami since I was a child and making an origami club is something we’ve wanted to do since freshman year and now it’s a reality,” senior and vice president Akemi Takouchi said. Want to join? Fill out the interest form and follow @rmhs.origamiclub on Instagram.

Would you like to read more literature by Latin American and Hispanic authors? Consider joining the Latin Alma Book Club on the first Monday of every month in room 310 during lunch. Activities will be centered around a book featuring Latin American representation that members will read. “Our arching theme is educating members on Latin American cultures and creating a safe community,” co- leader  and senior Carmela de Llano said. “This is a great opportunity to have a fun time and appreciate things from a new perspective.” To become a member, email [email protected], follow @latinalmabookclub on Instagram and fill out this form.

Are you an avid Wattpad reader? If you’re shaking your head, how about this: have you ever finished a movie or a book and wished it took a different path? Join the Fanfiction Café and make your inner fantasies come alive on Wednesdays during lunch. Location tbd. There will be writing/editing sessions, fun activities like ‘trying to write the worst fanfiction possible,’ and more. “We’re more than aware that fanfiction has a pretty bad rep on the internet, but there are some really awesome -fics out there and writing fanfiction can be a really cool hobby if you give it a chance,” co-leader and junior Melody Qian said. “We want to give people a chance to explore their own interests in a judgement-free environment and have fun while helping each other out with writing.” Explore your creative side and join the Fanfiction Café by filling out this form and emailing [email protected].

Do you have a passion for true crime? Do you want to meet someone who is willing to discuss the gory details of a murder with you without feeling sick? Have you ever wondered why a criminal acted the way they did? Become a member of the Psychology and Crime Club. Meetings are held on Fridays at lunch in room 35 once a month. Activities include trivia games, discussions about true crime cases, listening to guest speakers and more.

“I love watching true crime documentaries and reading Agatha Christie books,” club president and sophomore Livia Venditti said. “I know a lot of people are interested in psychology and crime as well so I wanted to create a fun and inclusive environment for people to learn new things and meet others who have similar interests.” Excited to join? Follow @psychologyandcrimermhs on Instagram and click on this form.

Do you have a bike (and know how to ride it)? A helmet? Join the Mountain Biking Club in room 24 during lunch. Meeting day tbd. Activities include going on group rides throughout the year, training and potentially getting into races, discovering new riding trails and potentially going on an end-of-the-year trip to a mountain with a ski lift.  Club founder and junior Nicky Saffell got into mountain biking over quarantine through Youtubers.  “I wanted to start this [club] up as a way to get people into the sport they got me into,” Saffell said. “Everyone is free to join and we’re just here to have a fun time.” Email [email protected] for additional information.

If you’re looking for a way to make an impact on the environment without it being too much of a hassle on your schedule, join Climate Club. Meetings are held every other Monday in room 345 during lunch, starting on Oct. 4. Activities include partnering with an organization to plant trees around the school, cleanups in the community, fundraisers for environmental organizations and more. Club founder and junior Fisher Mallon decided to start Climate Club after seeing a bunch of trash on his way to 7-11 during lunch and wanted to do something about it. “The club is a really good way to help make our school and community more environmentally friendly,” Mallon said. “You can get SSL hours by participating in some of our projects such as cleanups and we also have snacks at our meetings so stop by.” Interested? Email [email protected].