Social media activism pushes movements back rather than forward 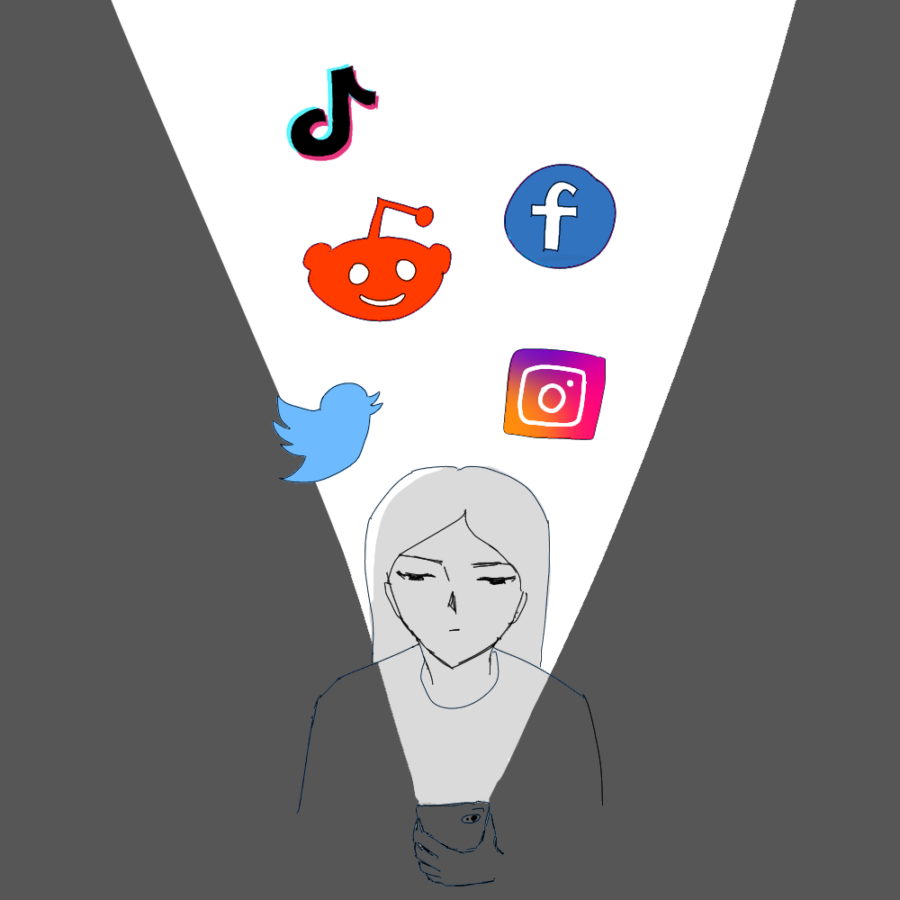 Reposting and hitting the like button on social media "activism" posts can spread disinformation and delude the public into believing they are helping a movement.

Social media has played a significant role in a new wave of activism as seen in the Black Lives Matter movement and others. However, as more people strive to fight for justice, there has also been an enormous change in how people use social media to conduct this so-called activism. There has been a rapid spread of misinformation and discriminatory posts made by people who do not have a solid understanding of a movement. Worst of all, it has perpetuated the belief that by mindlessly reposting, you actively help create change.

The way people find out about current events is evolving. “It takes time, effort, and desire to look things up and find corroboration and people in general don’t want to or don’t feel the need to do that,” Theory of Knowledge teacher Noah Grosfeld-Katz said. People turn to social media to quickly scroll through oversimplified summaries of current events- a habit fundamental in people’s lives.

While it appears harmless, it has led to a growing culture of liking or reposting instead of true education for a thorough understanding of a topic. Clicking a few buttons does not achieve nor add anything to a movement.

The easily accessible nature of social media posts has diminished the importance of thorough research. People fail to realize that many issues, specifically the Palestine-Israel conflict, are complicated and involve decades of intricate history. According to Vogue, “To understand and develop an informed opinion about the depth of a crisis in a country, you need to have a grasp of the political, historical, and cultural context of the situation and the place, which is no easy feat.” Halfheartedly skimming through a few Instagram slides and posting a picture of a black square is not going to accomplish this.

Social media can inadvertently spread incorrect information with how quickly and thoughtlessly people repost. People are growing overly accustomed to seeing something that seems correct and reposting it. This becomes harmful when thousands of people are doing the same thing and possibly spreading disinformation.

On top of this, Instagram threads are not generally made by reputable sources and are rarely fact-checked. According to the BBC, Marcia Allison of the University of Southern California published a paper describing how fascist campaigners have been using shareable fake animal pictures to spread their ideas and benign emojis such as a pine tree, an Earth and a mountains so that milder environmentalists inadvertently share fascist accounts and hashtags.

A large quantity of social media activism is entirely fruitless. Posting black squares in honor of the Black Lives Matters movement is not only ineffective but also redundant. The hashtags on these black squares drown out important posts from activists trying to spread critical information regarding the movement.

Many activists spoke out about the negative impact of the black squares, yet there was still a surge of people posting blue squares for the Free Palestine Movement. “The blue squares are so disrespectful especially to the Black Lives Matters movement. To replace something as important as the idea that Black Lives Matter with Jewish lives is so performative and rude. Your blue square didn’t save anyone’s life,” Senior Sarah Molot said.

The popularization and sharing of violent videos are also incredibly detrimental. This was especially prevalent in the movement against police brutality in which people continuously reposted videos of police assaulting minorities. “I think it’s terrible and disrespectful. There is no benefit to putting these extremely graphic videos out because it just trivializes the movement and makes people almost numb to the violence. It is one of the worst aspects of social media activism,” Sophomore Basmah Elradi said

The extent of social media’s influence on society will only increase, leaving us with the responsibility to use it in a positive – not performative – manner. There is an obligation to educate ourselves, not through social media, but proper research. In reality, the best and most effective ways to contribute to a movement do not involve Instagram stories or Twitter threads. It is time to get out of our social media bubbles and stop convincing ourselves that reposting random information changes the world.