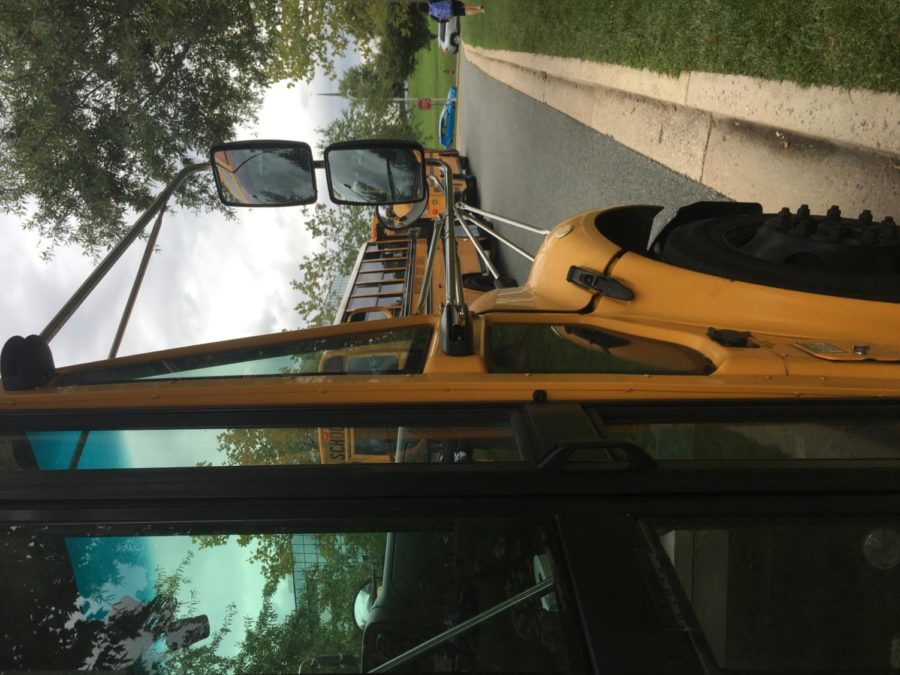 Buses line up for dismissal in the RM parking lot.

As students return to school, dozens of Montgomery County bus drivers are not returning to work, resulting in countywide transportation struggles. According to MCPS officials, an influx of retirements and a lack of aggressive hiring has contributed to the shortage.

According to MCPS Director of Transportation Todd Watkins, there is a 10 percent shortage in total drivers.  COVID-19 seems to be the main cause attributed to the spike in driver resignations. “This kind of shortage of employees everywhere has been significantly impacted by the pandemic,” Watkins said.

“Many of the [drivers] were concerned about health things, particularly older people, who have just taken this as a reason to retire,” explained bus supervisor Chris Bull. Another reason for the shortage is the wide range of jobs available for holders of a commercial driver’s license, or CDL. “The wages for other CDL commercial drivers license holders were higher than MCPS was paying, so people would come, get paid, get their CDL as a part of the training, and work for a little bit, and then go drive garbage trucks,” said Bull.

Once the school year began, the county saw a large influx in resignations and retirees─much more than usual years─due to the hold-off from the pandemic. “We generally need to hire between two to three hundred drivers a year, just to handle turnover from people retiring, from people going to other CDL opportunities, from folks going to other places in the school system… cause we’re one of the entry points,” said Watkins. He confirmed that MCPS did meet the annual quota of newly hired operators, but that still wasn’t enough to fill the hole of drivers that left post-pandemic. “More people have left, and gone to other opportunities or have not returned from the pandemic and things like that. So that’s where we are short.”

There are multiple ramifications to this shortage here at RM and in the surrounding areas. Fewer drivers lead to reduced capacities, and the transportation system has turned to a practice of “doubling back,” or having bus drivers run a morning or afternoon route twice to bring all of the students to their destinations.

“It means that the community and the students have had to be a little bit more flexible either getting home a little later or waking up a little earlier to get to the bus stop,” said Mr. Jelen, coordinator at Richard Montgomery. Watkins, described the impacts of doubling back as a domino effect, which primarily affects non-magnet routes. “That ripple effect is mostly concentrated on “regular-ed routes”, those neighborhood routes in schools. In the world of magnet, those are already long runs, so you can really double those back,” he said.

Some students have taken to driving themselves to school to avoid longer bus routes. This has created a pattern of traffic and congestion surrounding RM in the early mornings, further slowing bus routes. “If we’re running late it’ll take a long time for us to get through the light,” said junior Crystal Li. “There’s a lot of traffic, I would say it takes 15 minutes to get into the school building.”

The shortage has also led to errors in the transportation process. On Sept. 1, when the county declared an early release day to shelter students from severe weather in the evening, some routes faced difficulties or arrived late. Route 4998 did not arrive at all. “We have all the supervisors out driving every single day, every single run, so it’s really a problem for us, to keep all the runs covered,” said Bull, the driver of that route. “Nobody told me there was a weather alert. Apparently my supervisor had the wrong telephone number so I didn’t find out until it was an hour late basically and I did the best I could. And we didn’t have anybody to cover it. And that’s the other issue with the driver shortage, there’s nobody in reserve should anything go wrong.”

To avoid doubling back, some of the magnet buses that run single routes have taken on extra stops and are on the verge of overcrowding. Some students have complained of potential safety hazards, from both the nature of the buses and the unwanted proximity of other students during a pandemic.

“From what I’ve seen on my bus, when there are kids standing in the rows, whenever the bus makes really sharp turns or stops really abruptly the kids get launched. Like you would have to hold on to the bus seats so you don’t fall and hit something,” said Veeksha Parasa, a senior at Poolesville highschool. “And I’m pretty sure it’s a hazard to have kids standing in that row when it’s supposed to be an exit route.”

“It’s something that unfortunately at the school level we don’t have a lot of control over, but I know that at higher levels of MCPS, it’s something they’re really working hard to address,” said Principal Alicia Deeny regarding the complaints. “I have never in my [nine years] as an MCPS [principal], been aware of a bus driver shortage… so this is a new challenge.”

RM has its full fleet of buses, according to both Ms. Deeny and Mr. Jelen.

In their approach to fix the problem, MCPS has implemented new efforts and procedures to appeal to young bus operators looking for work. These measures include raising wages from $17 to $19.53 an hour and guaranteeing six working hours instead of four, according to Watkins.

“Montgomery County is a little bit more fortunate in that we didn’t lay off bus drivers during the COVID-19 pandemic whereas our neighbors like I believe Frederick County and some others in Maryland did,” said Student Member of the Board Hana O’Looney. In Montgomery County, bus drivers were employed in alternative activities like handing out lunches and delivering technology when students were quarantined from school during the pandemic. According to NPR, states like Massachusetts have resorted to using the National Guard to drive buses.

But despite the problem, MCPS is not dropping its standards for hiring. Watkins said, “We want to keep hiring great bus operators, and not out of desperation in our shortage, we don’t want to hire people who shouldn’t be driving students. So that’s a fine balance to keep there, and we will, we want to solve it quickly, but we want to make sure we do it in a way that keeps kids safe.’”