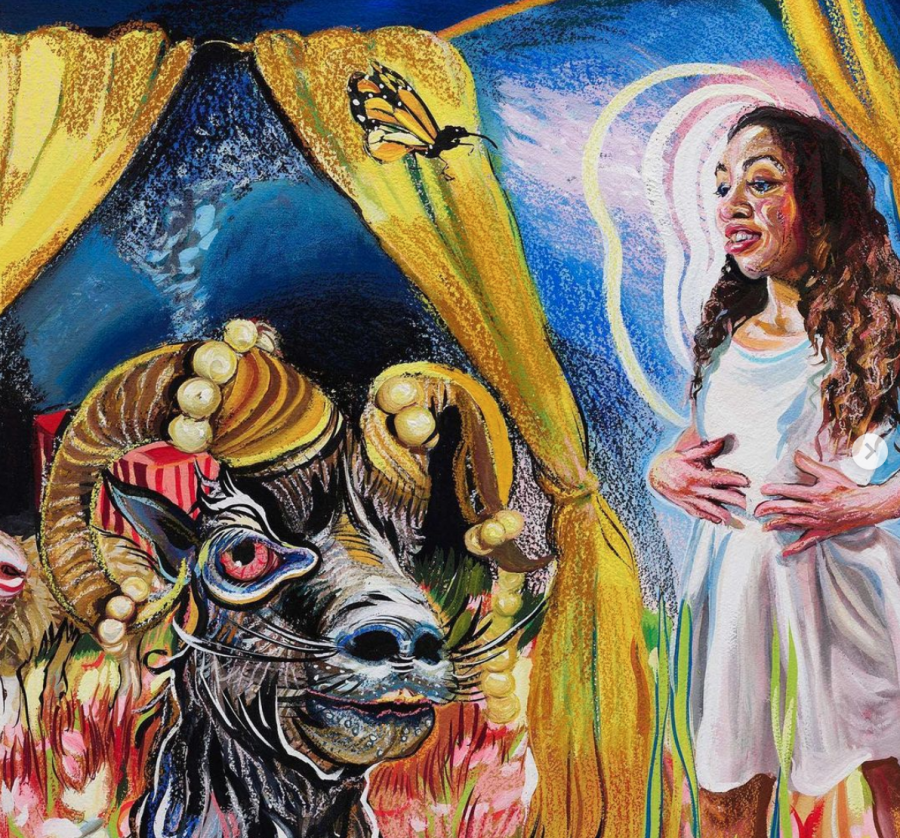 Artcube, who has over 300,000 followers on Instagram, features a mix of paintings, digital art, sculptures, and photographs that reflect current and historic themes.

For aspiring artists, Instagram can be a great source of creative inspiration. Many artists use the app to showcase their artwork or sell their creations. Other accounts document unique art exhibits for the world to see.

With a few accounts added to your Following list, your Instagram feed can also become a place that inspires your creativity and brings out the artist in you. With that said, listed below are five of the best Instagram art accounts to follow. Whether you prefer to learn about art or discover new ideas, hopefully at least one of these accounts will peak your interest.

With over 300,000 followers on Instagram, Artcube offers a wide variety of art in their feed. They feature a mix of paintings, digital art, sculptures, and photographs that reflect current and historic themes. Some pieces showcased in their posts focus on topics like racism, sexism, injustice and politics.

The majority of their posts include works found in galleries and exhibits from New York City and London, since their company is based in those two locations. Artcube also promotes ten emerging artists every month in their monthly newsletter posts. They showcase the artwork in a post, and provide each artist’s Instagram handle and art account in the description. Through Artcube, you can find hundreds more artists and art accounts.

Run by artist Robert Talbot, the account features the artist’s variety of paintings and sketches. Talbot mainly uses watercolor in his works, with his most popular series being the watercolor polaroid paintings that receive thousands of likes and views. The majority of his polaroid paintings center around beautiful, vivid sunsets and other locations in nature. For every polaroid that he posts, he follows it up with a video that shows the process of how he sketched and painted every step.

Recently, Talbot has expanded his artwork to drawings and paintings of people. Similar to his polaroids, he uploads a tutorial video after every piece, allowing his audience to follow along with him. Besides offering his followers tutorials, he also sells his paintings on Etsy. Fans have praised Talbot for his thoughtfully packaged, cute and simple products.

With only around one hundred posts, Banksy has gained over 10 million followers and counting. The account is run by an anonymous graffiti artist based in Bristol, England. Banksy’s art mainly consists of people, rats and policemen, symbolizing his antiauthoritarian message. His contemporary art style centers around simple, stenciled drawings that blend in with the environment. Because of his well known art style, people have been able to trace instances of his graffiti back to the 1990s.

Banksy’s Instagram feed showcases lots of pieces about people being trapped or suffering in some way. Many of his works feature children and prisoners, which represent those facing injustice and hardship. Another issue Bansky has tackled multiple times through his art is racism. However, some of his satirical pieces were taken down because of the offensive remarks shown within the art. Nevertheless, Banksy continues to advocate his powerful messages through graffiti. Sometimes, he even posts videos of him in the process of spray painting.

In this account, visual artist Brian Donnelly presents his unique, mutant-toy artworks that are featured in art galleries all over New York. A recurring character in Donnelly’s Instagram posts is an elephant-like creature with X-ed out eyes, which was based off of Mickey Mouse. This creature is prominent in Donnelly’s shop and overall brand. The character is known as “Kaws’ Companion”, which has been recreated in many different mediums ranging from life sized sculptures to enormous parade balloons.

The majority of Donnelly’s feed consists of the Kaws’ Companion in a variety of art forms, as well as other intriguing pieces of art. Besides his iconic elephant creature, he has recreated other cartoon characters such as the Smurfs, Snoopy and SpongeBob SquarePants in his own abstract style paintings.

Fubiz is both a creative agency and media outlet, with over 643,000 Instagram followers. Similar to Artcube, Fubiz features the works of smaller artists and photographers. Their Instagram feed has a common theme of peaceful scenes in nature, as well as people and their lifestyles. This account is a nice place to scroll through for aesthetically pleasing pictures and news about the world of art and design.

Fubiz even sells art prints in their online store, for those who wish to create a little art gallery at home. On their website, they showcase more vibrant, appealing photos and paintings like those found on their Instagram.

There are many more amazing and inspiring Instagram art accounts out there—these are just a few. If you found any of these to be interesting, maybe consider following an account or two. Let your inner artist shine!