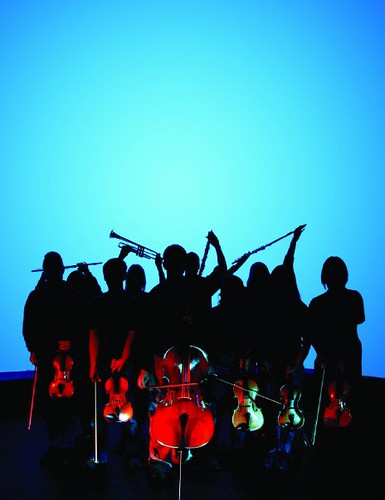 Classical music is a genre that has made an impact for generations, but its appreciation and popularity has dropped recently.

Music is often called the “universal language” because it allows so many people to connect with just one song—there are over 1,300 different music genres! The popular genres of music change as time passes, just like trends; the genres of today tend to center around  pop, hip hop, rap, etc. Consequently, one genre that has been losing major popularity is classical music.

Classical music is a genre that has made an impact for generations, but its appreciation and popularity has been going down recently. According to Charlie Albright, a classical pianist, “The National Endowment for the Arts reported that in 2012, only 8.8% of Americans had attended a classical music performance in the previous 12 months, compared to 11.6% a decade earlier.” This is most likely because “concert etiquette” had started becoming a general rule at classical concerts in the 20th century. Before then, the atmosphere at classical performances was more relaxed; for example, mid-performance applauses were once considered normal reactions from the audience, but are frowned upon these days. Much of the younger generation dislike this constant pressure to stay still and silent for hours, which is one of the main reasons why classical music has been slowly dying for the past couple decades.

Others argue that classical music is not dead yet because there are still a lot of people who perform and listen to classical music. Anne Midgette from the Washington Post shared that she “[has] no doubt that classical music will continue, and prevail: Beethoven and Mozart and Brahms will be heard and played and loved fifty years, a hundred years hence, and young musicians will continue to be drawn to their work.” This perspective is quite reasonable because classical music has made it so far already; many classical composers such as Mozart, Beethoven, and Bach are still known by most people, there are many people who have careers solely based on classical music, and a large percentage of youth play classical music as a hobby. It has a distinct difference compared to popular music these days; its lyrics are told by instrumental melodies and harmonies instead of literal words. Some appreciate this genre more than the synthetic music genres that have boomed within the past several decades. Therefore, it would make sense to say that it could still continue to be loved by many people for years to come.

However, it is still true that many other genres of music are far more popular these days; classical music does not have as much of the attention right now as it did in the past. I, for one, as a classical music lover, really hope that classical music never dies. I’ve been to numerous concerts and although you need to stay silent for the concert, I really appreciate the raw music from instruments rather than the mostly synthetic sound of pop or other popular music genres. I hope many others can recognize that and keep this genre alive instead of frowning upon it.