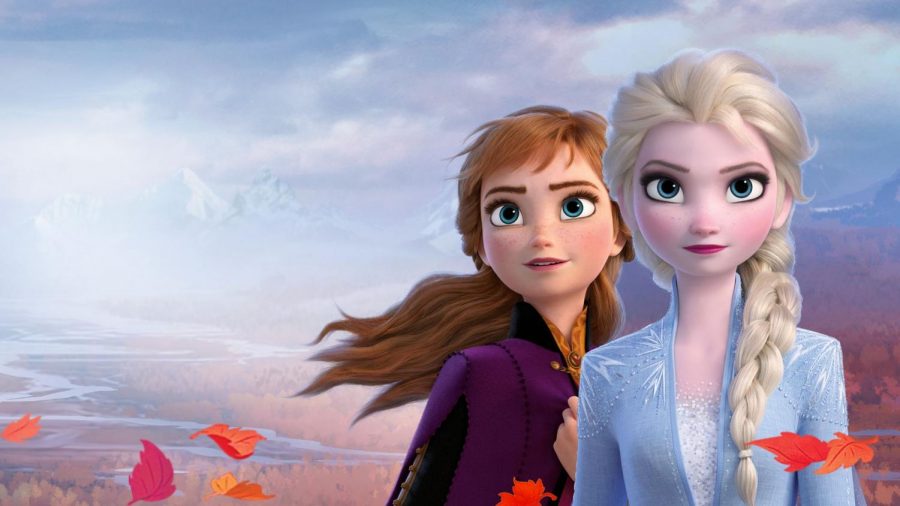 Photo courtesy of Disney Plus

Elsa from Frozen exhibited a relatable pressure to hide her differences and distance herself from others.

When our generation thinks of popular TV shows or movies from our childhood, Disney films are most likely the first movies we think of. Since these films are mostly targeted towards younger audiences, the content of the shows must be simple and easy to understand. Furthermore, growing up watching these shows frequently will certainly cause the movies to stay by people’s sides for a lifetime. Although many Disney films we watch as children seem to be superficial stories with amusing plotlines, a look back on several movies will show Disney’s huge and growing focus on sharing compelling and sensitive mental health conversations and lessons.

Frozen was released on Nov. 27, 2013. I was in second grade at the time and I remember all of my friends talking about it. Most of my elementary school had watched it after a month of its release, and I am sure most of you watched this movie or at least know the story. If you have not, here is a summary of the movie. The main character, Elsa, is a princess with magical ice powers. In the beginning, she is unable to control these abilities and accidentally hits the head of her little sister, Anna, with ice while they were playing together at night. After that incident, lives with the fear of hurting others; however, as she continues hiding her powers along with her feelings, she runs away and lives her life the way she wants to, while singing the powerful song, “Let It Go.” According to Nadia Ali from the Washington Post, “Elsa’s song, “Let It Go,” is itself a powerful metaphor for understanding our society’s stigma around mental illness.” It is a major turning point in her life. Prior to that moment, she always felt pressured to hide her differences and distance herself from others, but as she let out all of her feelings as the song progressed, Elsa came to accept herself and defeated her fear of facing society. Even though younger children may not completely understand that—just as I did not when I watched this in second grade—Disney films still remain as a big memory to most and can teach us about mental health later on as well.

Another Disney movie that teaches us about mental health is Inside Out. It was about a girl named Riley and her struggles through her life as she tried to adjust to new surroundings after she moved from a beautiful house and neighborhood to a creaky house in a dark and gloomy city. The story mostly takes place in Riley’s mind, displaying how five emotions—Joy, Sadness, Fear, Disgust, and Anger—make an impact in her everyday life and decisions. Two of the biggest lessons from Inside Out is about how “Happiness is not joy” and “Sadness is vital to our well-being,” according to Jason Marsh and Vicki Zakrzewski. These two ideas somewhat work together, because at times, Riley found a deeper relief and happiness when Sadness took control instead of Joy. Sometimes, Joy would consistently try to put a positive look on all things, but what Riley really needed was a break from that forced, fake, and shallow “happiness” Joy tried to create. This teaches us that it’s okay to take a break sometimes. We do not have to try to force ourselves to think on the bright side, but rather just take in the situation and maybe cry it out.

One of the most memorable Disney movies for me is Up. It is about a boy named Carl who befriends a girl named Ellie who is interested in adventures and expeditions, just like him. They start spending lots of time together and become a couple. After they get married, the two make it a goal and promise to go to a place called “Paradise Falls” together. Carl saves up from his job as a balloon salesman, eager to take Ellie to Paradise Falls as soon as possible. However, as time passes, we see that Ellie is now on her deathbed, before they get to go on their dream vacation. It’s so heartbreaking to see Carl’s smile fade. He becomes more grumpy and less welcoming of others. This movie’s main focus is on grief following the death of a loved one. In her article “4 Pixar Movies That Can Start a Conversation About Mental Health,” Becky Fraynt mentions that “[w]hen people don’t realize that anger is a natural part of grieving, they can feel unnecessarily guilty.” This film can help many people who have experienced or are experiencing grief to understand that it is normal to feel anger after such painful events; discussing this movie in particular can help grieving people “normalize their anger and cope with it better.”

Disney did a great job on including small lessons of mental health into their movies in order to spread awareness and let their young audience understand that it is okay to feel sad and have various mental states. They should not feel the need to suppress their emotions and fake a happy persona. These important lessons will stay with the audience for a long time, and possibly forever.