Best books to read this summer 2021 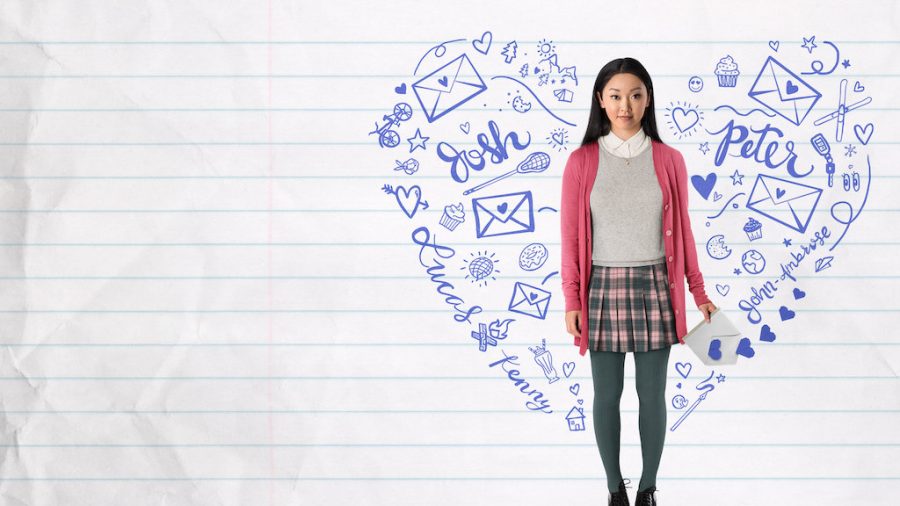 A great book series to dive into this summer is Jenny Han’s To All the Boys I’ve Loved Before series.

Before COVID, my taste in books was very selective. I had a certain group of books that I would re-read over and over again. But after two weeks of quarantine, I decided it was time to step out of my safe bubble of historical fiction and murder mysteries. Since that decision, I have read every kind of book you can imagine, from the autobiography of the inventor of the Rubik’s cube to J.D. Salinger’s philosophical tales of the Glass children—and I don’t regret it.

Now is the time to venture out of your comfort zone and pick up a book or two that you may not have touched in the past. No longer is the excuse “I don’t have time” relevant.  Quarantine has given us tons of extra time, creating an opportunity we might not have had in the past, and might not have in the future.

This past summer, the country had a rude awakening after the wrongful murder of George Floyd, sparking much-needed conversations about racism and implicit bias in schools and organizations alike. This book is extremely helpful to those who are not Black, but want to learn more about the psychological roots of prejudice and how they can overcome their own biases. For me, it showed me my own biases and how I can stop them. I highly recommend reading it if you’re looking to broaden your perspective on race.

Author Robin DiAngelo facilitates workshops at companies, where employees can learn how to become more aware of microaggressions and prejudice. It begins by explaining the basis of “white fragility,” a term coined by the author. White fragility is the tendency for not only white people, but people of all races, to be offended when told their actions are offensive or maybe even racist. She explains how this only increases racial inequality and what we can do to learn from our actions.

When we talk about African-Americans in history class, we are usually talking about the slavery era or the Civil Rights era. This book is set in the late 1940s, long after slavery had been abolished but before the Civil Rights Act. It follows a nameless young, African-American man who is navigating life as a minority in the United States. He meets all sorts of people, from a rich white lady who is emotionally collapsing, to a Jamaican man who is a violent Black nationalist. He also witnesses how Reconstruction affected different people. Some got lucky and ended up at college, while others were left to fend for themselves on the streets.

What I found really interesting about this book were the interracial and intraracial relationship dynamics, especially compared to the dynamics we have today. In some aspects, things have changed for the better or worse, and in others, things have stayed the same without us even noticing. That being said, this book is very grotesque and explicit. If you are a sensitive reader, this probably is not a good book for you.

This trilogy is one of the most popular in modern teen romances. Its lead, Lara Jean Covey, is a shy, somewhat dorky high schooler. She writes love letters to her crushes, and to her dismay, they accidentally get sent. To prevent her current crush and next door neighbor, Josh, from thinking she likes him, she starts a fake relationship with stereotypical jock, Peter.

On February 12, the final movie in the installment will be released on Netflix. For fans of the movies, I highly recommend reading the books too. They go into much more detail than the movies could ever go into. Compared to the last two books on this list, this series is a much lighter read. It’s a pretty typical teen romance novel, but with a couple of twists. For example, Laura Jean is half-Korean, which is uncommon in romances. As the standard race is seen as white in America, it was extremely gratifying to see an Asian lead for once.

Much of my childhood was defined by a set of Roald Dahl books containing all his published works, minus a few. These included classics such as Matilda and Charlie and the Chocolate Factory, as well as lesser known books such as Esio Trot and Danny the Champion of the World. If you need an escape from the chaos and uncertainty recent events have inspired, these books are ideal for you. It will take you to worlds filled with glass elevators, friendly giants and magic medicine, where anything is possible. The crazy adventures are so thrilling, and your inner child is bound to come out when reading these books.

Becoming is the New York Times bestselling autobiography of Michelle Obama that has won several awards, including a Grammy for its audiobook. In it, Obama details her evolution, from playing the piano as a little girl in Chicago, to dumping her boyfriend before college, to learning what being a First Lady meant.

This book was inspiring because of all the odds Obama successfully defied, while at the same time being so human. She treasured her Barbies and looked up to her mom. She stressed over dinner for her family and dealt with being one of the few African-American students at Princeton. What really makes these seemingly random experiences so beautiful is the way she reflects on each event with detailed wisdom.