A Historical Background of What Has Transpired Between Israel and Palestine 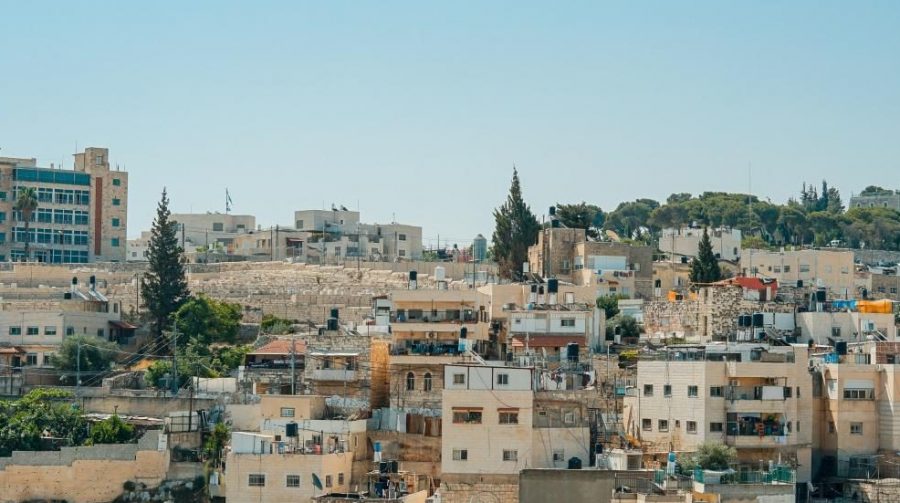 For almost a century, the relationship between Palestine and Israel has been marked by political conflict, violent land seizures, and religious clash.

Disclaimer: This piece does not preach an opinion by the writer. Its purpose is to provide insight into the tensions between Israel and Palestine with a historical perspective.

If you have been active on social media and/or keeping up with global news, you have most definitely seen headlines proclaiming the turmoil and anguish faced by the two neighboring states in the Middle East as they clash over land, political dominance and resources.

The sheer amount of information circulating the internet is overwhelming, and to avert your head from spinning, it’s time to round in a little bit of history.

During WW1, Britain and its allies defeated the Ottoman Empire (now Turkey) with the help of the many Arabs living there. Britain promised the Arabs their own independent state in Palestine, which was part of the Ottoman Empire, to have the local populations rise up against Ottoman rule.

The Arabs were already emerging nationalists, seeking independence from the Turks who imposed their culture and language upon them while in power. Simultaneously, to garner support among the many wealthy Jews in Germany who had close connections to the German foreign offices, Britain embraced the Zionist* movement and promised them a homeland in Palestine, where Jerusalem is located.

After WW1, when Britain gained control of Palestine and other territories, the League of Nations (now the United Nations), in 1922 approved a British declaration that promised a dwelling for Jews in Palestine. But, 20 years would pass before the promise was fulfilled.
During WW2, millions of Jews and other groups of people were horrifically persecuted and murdered. Jewish immigration to Palestine increased significantly and in 1947, the United Nations proposed to divide Palestine into two countries, the Jewish state of Israel and the Arab state of Palestine, with Jeruslaem as a separate international area. The Palestinians were infuriated and did not favor this plan because their land was not only being given to a group of people who were predominantly of European descent, portraying European colonialism, but because it was unfairly apportioned between the Jews and the Arabs.

In 1948, Israel was established and the Arab League, a group of five surrounding Arab countries, immediately attacked and the First Arab-Israeli War broke out. After a year of fighting, the area held by Israel comprised 78 percent of historic Palestine and the area held by the Arab state decreased by 50 percent.

While this war would be remembered as the War of Independence in Hebrew, it was known as the Nakba (catastrophe) in Arabic. Approximately 720,000 Arabs fled or were expelled from their homes, taking refuge in the Gaza Strip controlled by Egypt and in the West Bank controlled by Jordan. Many once thriving Arab villages were destroyed. Every year, Palestinians gather to participate in demonstrations to commemorate the Nakba, often displaying symbolic keys, emblematic of their lost homes.

Hostility between Arabs in the surrounding states and Jewish Israelis increased. The Egyptians sent guerillas* across the border to kill the Jewish people and in 1956, Israel decided to fight back by invading Egypt.

Due to its small population, Israel drafted men and women to fight-the only state to conscript females into regular military service. Israel defeated Egypt and occupied Egypt’s entire Sinai peninsula and Gaza, until the Soviet Union started threatening Israel with nuclear weapons and Israel withdrew from the occupied territories.

In early June of 1967, hostility continued from Syria and Jordan. Guerillas crossed the borders between these neighboring countries and Israel at night to annihilate the Jews. Israel responded by sending its troops across the border into Syria and Jordan.

In April of the same year, the Soviet government had falsely informed the Syrian government (the Soviets wanted to ignite a war and destroy Israel) that Israel was mobilizing its army to invade the northern border of Syria for a full scale war. Syria turned to its ally Egypt, which had a significantly larger population, and the Egyptian forces advanced into the Sinai peninsula, the border between Israel and Egypt. The world thought that it was the end of Israel in 1967, but the Israeli army came in clutch by launching a surprise attack on Egypt’s airfields, destroying 500 planes in an hour, and decimated the Egyptian army in two days.

Jordan, in reaction to false reports proclaiming Egyptian triumph, bombed Israelis in Jerusalem, but Israel countered fiercely. By the end of this six day war, Israel tripled in size — capturing the Sinai Peninsula and the Gaza Strip from Egypt, the West Bank and East Jerusalem from Jordan, and the Golan Heights from Syria. The Arab leaders were left astounded at their defeat.

The wider Arab-Israeli war concluded when a peace treaty was signed between Egypt and Israel, and Israel surrendered the Sinai peninsula back to Egypt. But the war between the Palestinians and Israelis was igniting. Israel now controlled much of the land and the Israeli military was still occupying the Palestinian territories of Gaza and the West Bank.

The Palestinian Liberation Organization (PLO), founded in the 1960s to secure a Palestinian state, fought against Israel. Simultaneously, Israeli settlers were establishing their homes in the Israel-occupied Palestinian territories, protected by Israeli soldiers. What followed was the first Intifada* in 1987-93 as a result of 4 Palestinians killed in a clash with Israeli defense forces, leaving 250 Israelies and 1900 Palestinians dead.

The OSLO Accords were established by the leaders of both sides, creating the Palestinian Authority which permitted Palestinians to govern themselves independently in certain areas. During that time, a group of Palestinians created a violent and extremist group called Hamas to accelerate the goal of the PLO.

The much more deadly second Intifada in 2000-05 led to Israel building walls/checkpoints to control Palestinian movement and Israel eventually gave up the Gaza strip but cut off all resources to it. In 2006, Hamas won the Palestinian election and withdrew from the Palestinian Authority, taking control of Gaza.

Hamas and Israeli forces have periodic wars with one another that overwhelmingly kill Palestinian civillians. In 2014, Israel invaded Gaza after Hamas sustained firing rockets into Israeli cities and this lasted for 50 days and ended in a truce. In 2018, a smaller scaled version of 2014 transpired and ended in a cease-fire.

On May 10 of this year, during the holy month of Ramadan, the Israeli police raided the Aqsa Mosque, one of the holiest sites in Islam. This raid was in response to weeks of increasing tensions between Palestinian protestors, the police and right wing Israelies over the contested city of Jerusalem, a very holy place for practicioners of both Judaism and Islam.

Six Palestinian families in the neighborhood of Sheikh Jarrah in East Jerusalem were evicted by Jewish settlers, spurring protests from the Palestinians who make up the majority of this area. Advocates of Palestine believe these evictions will aid in expanding Jewish control over East Jerusalem. In 1982, Palestinian residents signed an agreement stating that although this land was owned by Israel, they would be protected tenants. But recently, there have been claims made by the residents that they were tricked into signing it.

Hamas addressed the raid by firing rockets in Jerusalem’s direction and Israel reacted with airstrikes on Gaza. Israel was able to deter many of the attacks with its Iron Dome defense system, but Gaza, already suffering economically from the blockade imposed by Israel, is undergoing a humanitarian crisis. After 11 days of bombing and rocket fire, a cease-fire was declared and brought an end to the intense fighting between Hamas and Israel, with both sides claiming victory.

The cease-fire does not mean peace between the two states and its people. In fact, given the inflation of attacks between Israel and Palestine since the second Intifada, another round of battle is inevitable. To ameliorate the situation, several solutions have been proposed.

The American solution is to create an independent Palestinian state in Gaza and the West Bank alongside Israel, but this is difficult because of the myriad of Jewish settlers in the West Bank who are governed by Israeli law. The Palestinians live under Israeli military occupation and are given limited self government.

There is also pressure on the US to use its authority over Israel to block settlement expansion in East Jerusalem and the West Bank and relax the Gaza blockade. A replacement for this two-state solution is a one state solution, which would merge Israel, the West Bank, and the Gaza Strip into a single democratic country with equal rights for Arabs and Jews. Unfortunately, this is also a no-no because the tensions between Israel and Palestine arose from the need to be two distinct nations.

A third option is to form a confederation where the two states have their own separate governments but would cooperate on different issues together.

*- Zionism is the belief that Jews should reside in their own nation, free from the rampant hatred they have faced since Roman enslavement in 700 A.C.