It is time to kill the cool girl trope 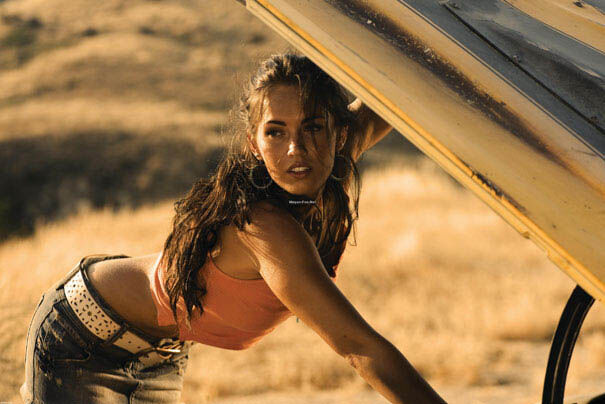 Mikaela in Transformers, played by Megan Fox, exemplified the cool girl trope when she ended up as a sexual object for Sam.

In 2012, Gillian Flynn released a novel titled Gone Girl. In the book, a woman, Amy, gives a speech to the reader on why she feels her seemingly perfect marriage was in reality a failure. Amy’s speech was popularized in 2019 when a movie adaptation was released. The two minute monologue has over three million views and countless analyses have been written about it, including a detailed breakdown by The Take. In it, Amy breaks herself free from the character she created to fool her husband into thinking she was his perfect woman. She calls this character the cool girl.

According to Amy, the cool girl is every man’s ideal woman. She likes sports and eating junk food, while remaining incredibly skinny. Typically, she’s white, but she will alternate herself depending on her man’s desires. If he’s into Marvel, she’s a comic book genius. If he’s into cars, she’s an amateur mechanic.

But, like everything, the cool girl has her limit. She can’t pose a threat to her man and she must always do what he wants her to do. She doesn’t have her own title because she’s merely a supporting character. She is complicit and never gets upset with her man. And even if she possesses all the characteristics he desires, they won’t matter if she’s not utterly gorgeous. A cool girl is always physically attractive, because if not, she’s isn’t part of the fantasy and therefore is undesirable.

Unfortunately, the cool girl does not just exist in Amy’s twisted world. One other well-known cool girl is Mikaela in Transformers, played by the gorgeous Megan Fox. Mikaela is an expert on cars, and catches the eye of Sam with her bright blue eyes and tanned complexion. Mikaela had the potential to be known as a bright, resourceful woman who happened to be beautiful. Instead, through the directing of Michael Bay, she was turned into a sexual object made up of male fantasies.

There are plenty of women who enjoy what are considered “masculine” activities, such as watching sports and playing video games. But the cool girl isn’t meant to be relatable to these women. She is meant to be the so-called “ideal woman,” which explains why she is less empowering and more attractive.

Although the cool girl is an impossible myth, created by and for men, that hasn’t stopped women from changing themselves to meet these unrealistic standards. Thanks to movies like Transformers, men think that the cool girl is real, so they pursue the myth. Therefore, women, like Amy, try to become the myth to attract men. They change themselves and create a fake persona to suit what they see in movies

Part of the cool girl trope is acting like “one of the guys,” because a cool girl gets along better with guys than with girls. They’re expected to go along with any demeaning thing their man might say— and when men make sexist jokes, she’s expected to laugh. She never questions their hidden misogyny and she never challenges them because a cool girl doesn’t have an opinion.

The main problem with the cool girl is that she’s meant to put down other women instead of lift them up. The most common way women do that is by claiming they “aren’t like other girls.” The idea is that other girls are obsessed with makeup and clothes, while the cool girl likes football and buffalo wings instead.

Being a girl isn’t a bad thing, but the cool girl trope tells us it is. She tries to distance herself from femininity and from her gender to gain attention. According to the trope, it’s only acceptable to be a woman if you act like a man. There’s nothing wrong with enjoying “masculine” activities but that doesn’t make you superior to a woman who likes makeup and clothes

She still has a long way to go before becoming a role model instead of a sexual fantasy, but the cool girl and Amy’s monologue have exposed flaws in the way women are seen by men. It is time that the cool girl has her own voice and a strong personality not defined by her beauty.