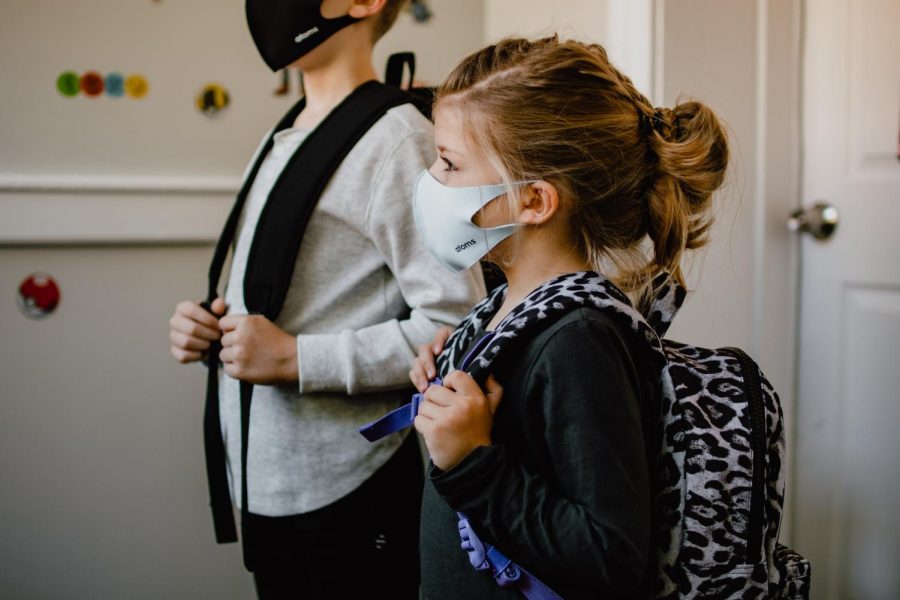 RM has fully completed the school reopening process and continues to regulate a hybrid instruction model.

RM opened its doors for the final phase of reopening on Monday, April 26. The process began on April 8, and follows a multiple phase framework where students who opted to return in-person are divided into multiple groups based on their grade, last name, and enrollment status in certain school programs.

Roughly 60 percent of students chose to remain virtual in December, according to data from Montgomery County. “My classes have been pretty empty. The lowest [number of students] has been one, the highest has been about nine,” history teacher John Pearce said. The partial enrollment and multiple new school safety measures are parts of an effort to fulfill County safety regulations by socially distancing throughout the day.

Students enter the building before 9 a.m. through the main entrance or the auditorium doors on the stadium side. They immediately report to their designated location, either the gym or auditorium. The gym contains rows of individual tables, each spaced several feet apart. In the auditorium, every fourth seat in alternating rows is marked with yellow tape to indicate where students may sit.

In the classrooms, desks are evenly spaced out. Alternating desks are marked with the numbers “1” or “2” so students on different days do not sit in the same seat. All students and staff members are required to wear masks at all times during the day, except lunch. During lunchtimes, students are no longer allowed to leave the campus, order food, or sit in the hallways. Instead, students eat in the cafeteria or outdoors on the track or field.

All hallways are marked with arrows and signs. Some hallways and stairwells are one-way only, to prevent the high transmission-risk activity of student clustering.

This new hallway system has proven a challenge to some students, who expressed frustration at the extra walking and rerouting that some of the new one-way hallways and routes have caused. “At the end of the day, I’ll try to go out to the parking lot to catch my bus, but the main stairwell only goes up; [I] have to walk all the way around until [I] find a way to get down,” junior Alena Hsu said.

“We got the new [signs and] arrows [and] some of the bathrooms are locked, which is kind of a pain in the butt,” Mr. Pearce said. “But because there’s not enough kids here, these new safety measures really haven’t felt like they’ve impacted [the in-school] experience. I think if we had 2,700 kids in this school, it really would.”

In most classrooms, teachers utilize a simultaneous instructional model, instructing students online and in-person at the same time. Some students have described the setup as distracting and finding a suitable learning balance can be difficult. “I think it is very difficult for my teachers to pay attention to the people who are on Zoom, as much as the people in front of them,” Hsu said.

“It’s impossible. It feels like I’m doing two jobs: I’m teaching the kids in person, then I’m coming [to the camera], and it’s really, really, hard — hopefully it will get better,” Mr. Pearce said. “But, the best part is seeing human faces and interacting with young people. I’ve missed it.”