‘Dancing with the Devil’ – a candid, heartbreaking album into stardom 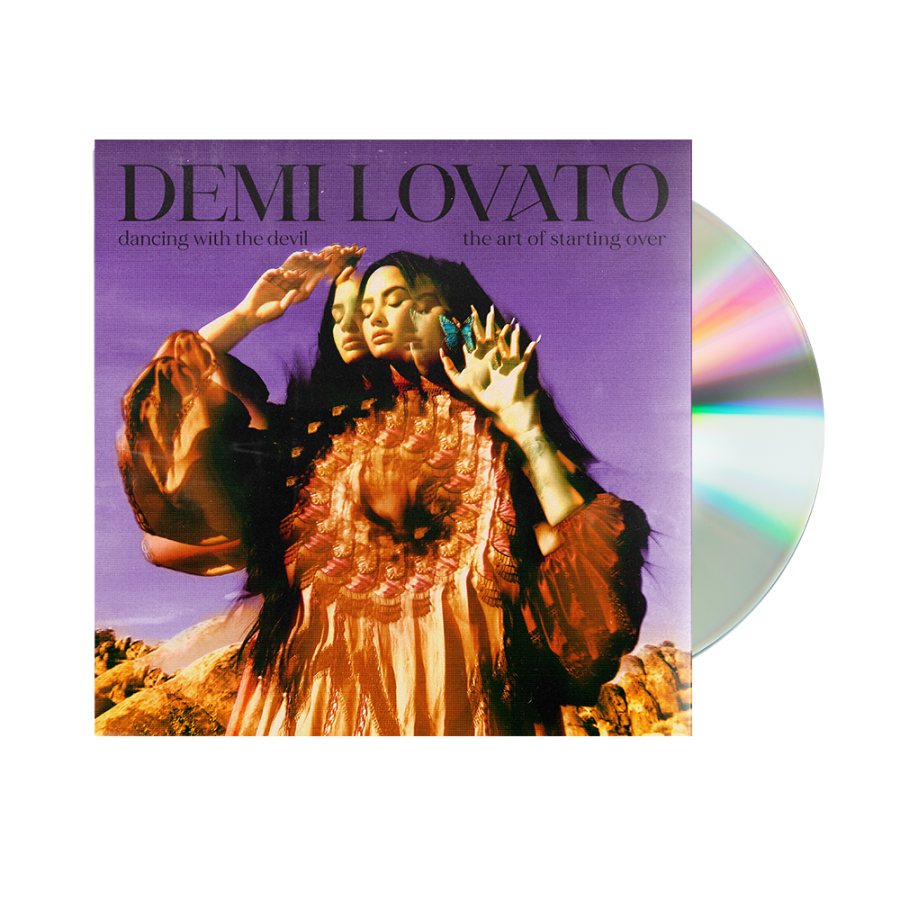 This album was fairly well-received among the music community. While it wasn’t particularly chart-topping or beyond all previous expectations, it was a difficult and ambitious story to tell, and paid off in a beautiful way.

The emotional meaning behind this album is not one that I can personally relate to. However, the significance it has to Lovato’s life and their own struggles to recovery make the story it tells valuable and interesting. As an experience that many go through, the underlying themes throughout the songs are ones that can be inspiring and uplifting to those who may be facing similar struggles in the present.

Throughout my many listens of the album, I most enjoyed how it came together as a story— one connected idea.

The album begins with the song “Anyone,” which is an excellent exposure to their inner thoughts and struggles. It nicely encapsulates the feeling of hopelessness and expresses their feelings of being alone, and that only after trying seemingly everything did they turn to darker habits and activities; this is the start of their path towards overdose. The title song “Dancing with the Devil” continues this thematic centerpiece, that once they started was almost impossible to stop. The idea of dancing with the devil is one of only becoming the slightest bit involved in the idea of evil, and yet with that small step, becoming irrevocably stuck; this metaphor, for me, was extremely powerful.

The song “ICU” is also Madison’s Lullabye, which is the first song to feature another person; here, it’s Madison Lee De La Garza, who happens to be Lovato’s younger half-sister. This song reveals an outside perspective, which I found to be extremely insightful and interesting to hear. The song entitled “Intro” was a surprise, but was a spoken-word introduction that felt genuine, even if unexpected. The song “The Art of Starting Over,” also in accordance with the title, is an empowering and inspiring song about starting anew. It isn’t exceptionally unique, but it does feel fitting and thematically connected. “Lonely People,” while embracing the idea of loneliness within and among everyone, feels a little generic in its generalization of everyone as a whole. The songs “The Way You Don’t Look at Me” and “Melon Cake” fit seamlessly into the gradually more optimistic highlights. “Met Him Last Night” and “What Other People Say” feature Ariana Grande and Sam Fischer respectively, yet do not lose their thematic connection. If anything, the additional voices add to the power of the songs, rather than solely relying on the hype of the celebrity feature. Noah Cyrus and Saweetie are also featured later in the album, and both only serve to enhance the eternally uplifting mood of the album.

The penultimate song “Butterfly” is lighter and softer, giving a stronger connotation of freedom and happiness, and the last song “Good Place” finishes the album on a positive note. It allows listeners to have hope of healing and recovery, and is a bittersweet finale to both the album and the journey of their struggles. It reflects upon their despair as well as the ultimate happiness they reached. While I may hold the personal opinion that some of the songs are overly repetitive in lyrics and in pop music tropes, I do think the story it tells, above all, is so important and well thought-out. This is an album worth giving a chance to, and one that I think will get better as you listen to it over time.