Review: ‘Framing Britney Spears’ shares a sobering look into the life of a popstar 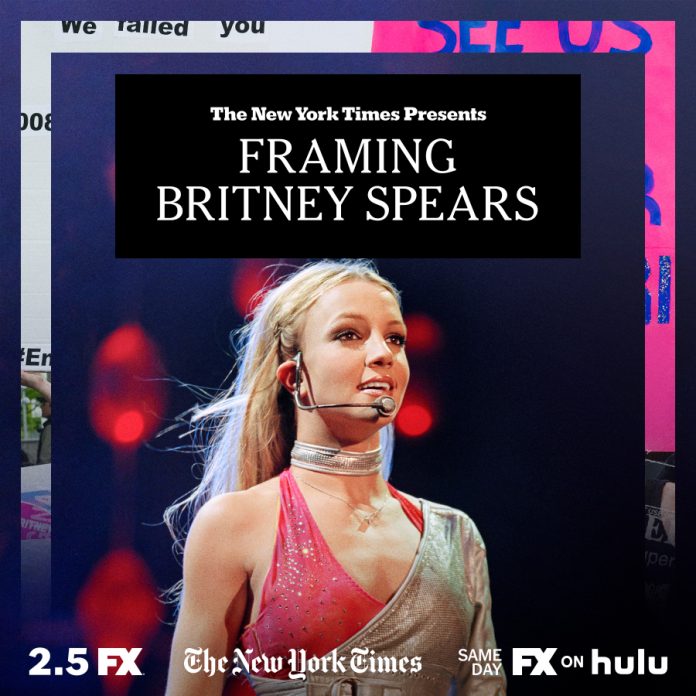 On Feb. 5, from the show The New York Times Presents on Hulu came a new emotional celebrity documentary called Framing Britney Spears. Framing Britney Spears surrounds the controversial 13-year conservatorship that involves singer-songwriter Britney Spears and her father, Jamie Spears. It discusses Britney’s extraordinary rise to stardom as well as her brutal downfall, revealing just how vile and shocking the media can be when it comes to the treatment of celebrities.

Britney Spears was just a humble little girl from Louisiana until she and her family realized that she had talent. The documentary states that at just 10 years old, she went on a popular TV show called Star Search to perform the song Love Can Build a Bridge. Soon enough, a children’s talent agent, Nancy Carson, who was present in the documentary, would reach out to her to invite her to New York and ultimately arrange for her to study various topics such as voice and acting. From there, it was all a steady uphill to fame.

However, Britney being in the media inevitably made everyone quick to judge her on everything she did or that happened to her, like her breakup with singer-songwriter Justin Timberlake. Justin painted their split like it was all Britney’s fault, and even though he said several horrible things about her, everyone still believed him and treated Britney like she was a terrible person. The media chose to portray her as the villain in their division without any concrete evidence. Britney never had the chance to tell her side of the story and ultimately struggled immensely because of all the backlash she received as she couldn’t help herself.

In 2004, Britney got married to American rapper Kevin Federline and had two kids with him, back to back. But a couple of weeks after she had her second in 2007, she filed for divorce. Not only was she dealing with the separation of her husband, but the documentary states that her mom also believed that she could have been suffering from post-partum depression. With all of this on her plate, as well as the constant pressure of the paparazzi following her around, Britney started going mentally downhill really fast and eventually reached her breaking point when she shaved all her hair off.

This is the point where anyone would think Britney would receive a lot of love and support from her fans, as they would understand that she was clearly suffering immensely. But no. In fact, Britney Spears became the punchline for many jokes as people now only saw her as a crazy, disastrous woman whose misery was something to guffaw over. It only got worse when Britney had a breakdown because her ex-husband refused to let her see their kids, and it was caught on camera. Britney only continued to suffer more and more with no sympathy from anyone until she was rushed to the hospital one night after a custody dispute.

This is when the topic of conservatorship comes back; since Britney was speculated to be dealing with mental health issues, the thought of someone else managing decisions for her like her financial affairs seemed like a nice layer of protection in her benefit. The court appointed Jamie Spears, her father, to be the conservator, although it was considered a bit strange since he wasn’t a huge figure in Britney’s life, unlike her mother. Ultimately, Britney got the help she needed when she needed it and slowly over time, started to recover. Britney no longer requires the conservatorship her father keeps her in, which is why she and so many of her fans are trying desperately to free her from it every day.

Britney Spears became a worldwide sensation very quickly and was adored by many as the “Princess of Pop.” However, she is sadly another example of the many celebrities who the media essentially destroyed. Many forget that celebrities are not perfect extraordinary creatures; they are merely humans who luckily got recognized for their talent. If they start to struggle, the media shows its true colors by basically stating that it is not okay for celebrities to be not okay, and the only explanation for their actions is that they are crazy. People need to stop this toxic representation of celebrities and mental illnesses because at the end of the day, we are all human, and it is entirely okay for us not to be okay.