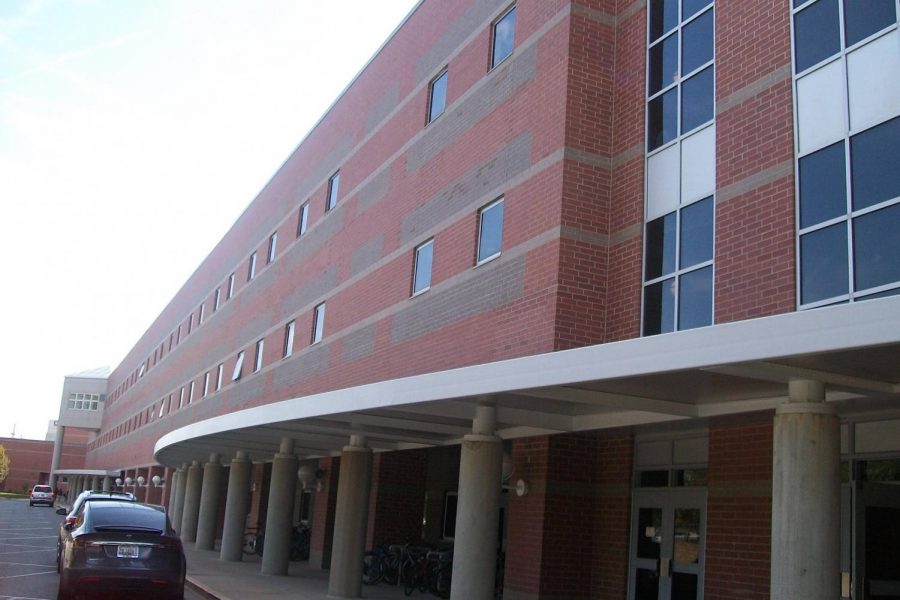 On April 15, RM students voted for their schoolwide and class officers for the 2021-2022 school year.

On April 15, RM students voted for their schoolwide and class officers for the 2021-2022 school year. Junior Lulu August will serve as President, Jake Lee as Vice President, Lydia Yeh as Secretary, and Paris Ye as Treasurer for the schoolwide Student Government Association (SGA) in the upcoming school year.

The schoolwide president’s responsibility is to lead the SGA, assist in goal-setting, and meet with administrators on behalf of the students. They also attend all MCR (Montgomery County Regional) meetings, Class Advisory Meetings, Executive Board Meetings, and General Assembly Meetings as representatives of RM.

This year, junior Lulu August was a club liaison. August worked with others in SGA to increase RM club and event awareness by creating a club website.

As president, August hopes that by communicating with various platforms such as a monthly email and using Instagram more often, more students will be aware of the SGA’s actions. She also wants to popularize positions in the executive board to make sure more students are aware of available positions, and wants to insure that the SGA will become more accessible to ESOL students.

“It’s less about my ideas and more about the ideas of other people, really innovative and fun things,” August said.

The schoolwide vice president’s role is to collaborate with and help the president when needed.

This year, sophomore Jake Lee served as the class Vice President and hopes to be able to help the school as a whole while in the school-wide position. During his campaign, Lee encouraged RM students to vote by creating goal incentives, including a 24 hour Twitch stream and wearing a taco suit.

“I think a lot of what my general campaign has been about a return to normalcy or hopefully a return to something even better than before,” Lee said. He intends to incorporate more team building activities like unity days for all grades, as well as more events in general.

The school-wide Secretary’s job is to make sure RM students are informed about all SGA activities, meetings, and decisions. The secretary also takes detailed notes and makes plans for all General Assembly and Executive Board meetings.

Sophomore Lydia Yeh has served with a number of organizations this year to create social and political reform in America.

“My biggest goal for next year as schoolwide secretary is to create an environment with consistent and clear communication,” Yeh said in her campaign video. Next year, she intends to make it easier for students to give feedback and navigate SGA social media. Yeh also hopes to see the SGA becoming more involved in critical social issues like the Black Lives Matter movement and LGBTQ+ justice.

The school-wide Treasurer’s job is to keep track of funds requested by clubs and handle SGA finances by organizing fundraisers.

Sophomore Paris Ye has served as class treasurer for the past two years and has gained insight into how the SGA operates. Ye aims to increase the number of student leaders on the executive board and believes that more RM students have a voice in the SGA.

“I think students should look forward to COVID protocol safe events,” Ye said. She also hopes that students’ return to school will be easier and that they will feel at ease when they are back in the building.