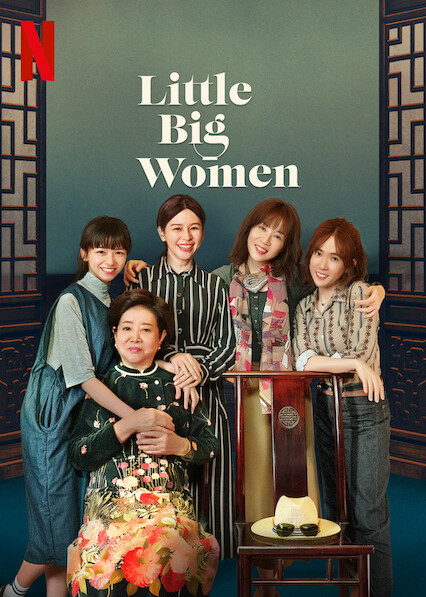 The plot of the movie is submerged in grief and the themes of family. The story is centered around Lin Shoyang and her three daughters, a family detached from their absent father. The narrative is pushed forward when, early in the film and on Shoyang’s 70th birthday, the death of her estranged husband, Bochang, occurs. The film follows the family as they come to terms with Shoyang’s husband’s life and death. It also follows the family relationships of the ones still alive, and how they must continue and move on in the face of despair.

The development of the characters of the story and their growing relationships is one of the most compelling aspects of this film. The mother has lost her husband and is grieving, yet turns her grief into determination to find out who Tsai, the girl with whom Bochang has been since his departure, is. Shoyang is a driven and powerful personality who has worked for what she has and wants to take control of her own narrative. However, she also holds onto an everlasting feeling of bitterness and resentment following Bochang’s death, changing and growing throughout the movie. This development in an imperfect character is one of my favorite parts of the film and one of the most thought-out aspects.

Shoyang has three daughters who are also independent characters in the film: Ching, Yu and Jiajia. Each one has a distinct voice and character that develops naturally and is interesting to watch play out. They all have to learn to deal with both the confusion and loss following their father’s death and the tight control of their mother. Ching mirrors Bochang in nature, a dance choreographer facing health issues. Yu, the youngest, is very similar to Shoyang, seeking her own independence and control and putting pressure upon her own daughter, Clementine, in the same way that Bochang did. Jiajia, inheriting the restaurant, is entirely distinct from the other two daughters, instead most connected and thus most prominently facing the control of their mother. She struggles and rebels against Shoyang the most, with a narrative of developing her own independence and life.

The relationships and family dynamics between the three generations of women also drive the plot of the film. I found the relationships Shoyang has with her children to be extremely intriguing, as her controlling nature means her relationship is further strained by the death of Bochang, despite and because he was never part of their life. Her new fixation upon finding out more about Bochang’s life means that her children are also more involved than they ever would be, and they all learn to grieve for what they lost. Her qualities as a mother are distinctly mirrored by the qualities Yu retains as a mother, and the establishment of this flaw is really well-written.

Throughout this story, the audience gets to see women in the spotlight of the narrative, which is extremely powerful. While Bochang is a catalyst to their growth and change, he is not the center of the story. The story is entirely and uniquely about the individual women and their relationships, and follows their grief and development from it. This focus on women and family makes the film much more character-based and slow-paced, thus being more stylistically different.

The way grief is dealt with in the movie is also an underlying theme that makes the story more complete. It’s a good story of growth and change, and I enjoyed this aspect of the film more than anything else. Despite being Taiwanese, the film transcended language borders and was able to speak to me in emotion.

However, despite the expert development and thoughtful character building, the film’s slow and gradual pace is also a detriment to the overall viewing experience. While it is right for the plot, it does not make for a very engaging or constantly moving story. The events and plot of the story feel drawn-out and unnecessarily slow, and I felt restless and impatient watching the film. While I enjoyed the direction and style of the cinematography and storytelling, I found the movie to be slightly too gradual. I would not recommend it for anyone who usually enjoys more action-based or quick, fast-paced movies. However, the film was still a well-written, well-directed movie that was powerful and moving.