Hana O’Looney elected as next Student Member of the Board 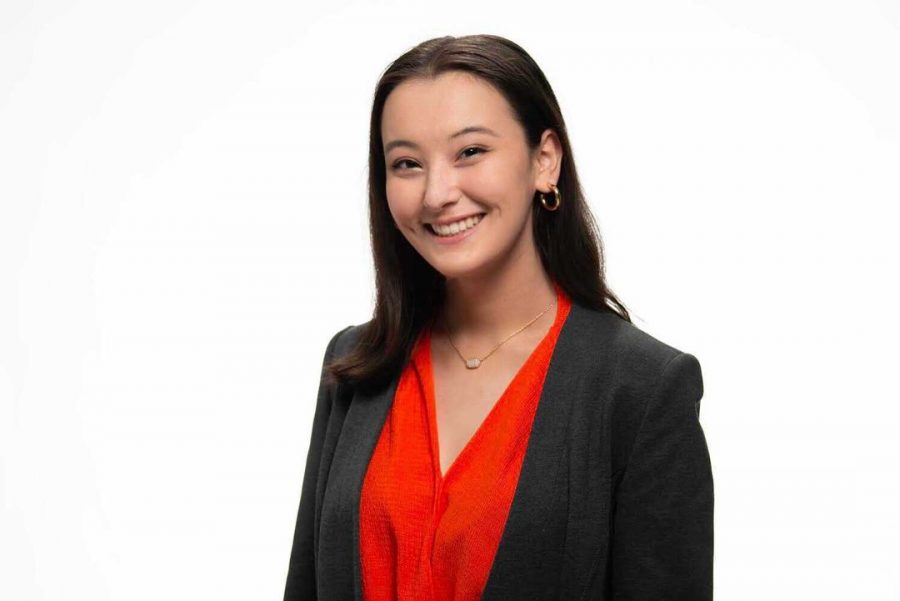 She will be sworn in on July 1, and will replace current SMOB and senior Nick Asante. Over a two-day virtual election period, O’Looney received about 78 percent of MCPS middle and high school votes; her opponent, junior Henry Kaye, received around 21 percent of votes.

O’Looney has been elected to serve in what promises to be a critical year in Montgomery County history. The Board of Education (BoE) will discuss and take action on a number of divisive topics, including the removal of school resource officers from schools, race-related tensions and fully returning to school buildings this September. O’Looney will also influence the Board’s process of setting the $2.7 billion budget.

“I look forward to serving as your 44th SMOB and championing never-before-seen changes in our county,” O’Looney captioned her Instagram post. “Though [my] campaign has ended, our fight for change has just begun.”

To facilitate a return to the building, she wants to ensure students’ physical and mental health throughout support, “while keeping virtual learning a permanent option.”

In response to the community’s increasing awareness about diversity issues, O’Looney believes in diversifying the county’s staff through revised hiring practices, and increasing the diversity of course content.

She also believes that “your ZIP code in Montgomery County should not determine the courses, extracurriculars, resources, or infrastructure you have access to,” according to the SMOB candidate profile. O’Looney hopes to implement a free universal SAT, ACT, and magnet exam

preparation course accessible from every school.

O’Looney has stated that she will work to increase course offerings, extracurriculars, and career development programs in the Down County Consortium (DCC) and Northeast Consortium (NEC), two significant sectors of the county.

Over the course of four months, she posted weekly updates about her campaign process and numerous infographics about her record of action and ideals. Various endorsements from fellow student government and advocacy organizations were featured on her Instagram story, including one from former SMOB and RM graduate Nate Tinbite.

“These past four months have been life-changing. During a year of global turmoil and historic crisis, we conquered unprecedented barriers with a virtual campaign,” O’Looney wrote. “[Instead of walking your halls and passing out stickers, I attended your zooms and duetted your TikToks.”

The Tide Editorial Board previously endorsed O’Looney for SMOB.