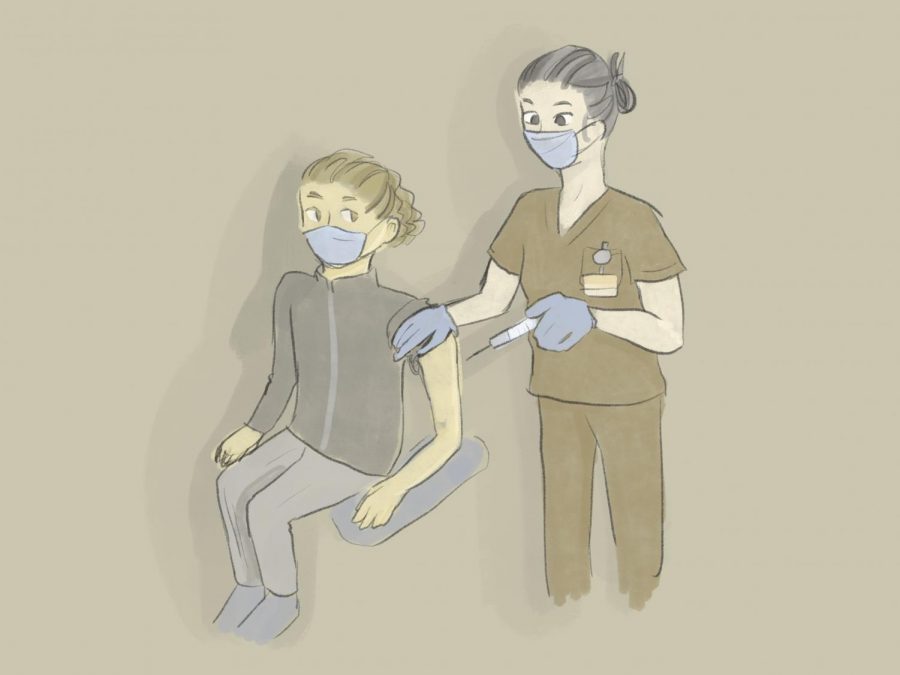 Earlier in April, Montgomery County paused Johnson & Johnson’s COVID-19 vaccine usage due to concerns over life-threatening blood clots that occurred in 15 women of childbearing age, three of who died.

The rare side effect, appearing in women ages 18 to 48, is called thrombosis with thrombocytopenia (TTS) and cerebral venous sinus thrombosis (CVST). It occurs when blood clots form in the brain’s venous sinuses, blocking regular blood drainage and leading to a hemorrhage—when blood breaks into brain tissue. Similar cases have been reported among those who received the AstraZeneca vaccine. Chances of experiencing this disorder is extremely low, at 7 cases for every 1 million vaccinations, or less than a hundred-thousandth of a percent.

However, according to The New York Times, on Friday, April 23, the FDA decided to resume the rollout, but with warning labels on potential blood clotting. The agencies concluded that the vaccine’s known and potential benefits outweighed its known and potential risks in individuals of at least 18 years. Members of the CDC’s Advisory Committee for Immunization Practices (ACIP) who voted on resumption felt that a permanent pause would slow immunization efforts, which is especially crucial in the face of over half a million American COVID-19 deaths.

FDA Commissioner Dr. Janet Woodcock said, “We are confident that this vaccine continues to meet our standards for safety, effectiveness and quality. We recommend people with questions about which vaccine is right for them have those discussions with their health care provider.”

Additionally in consideration were Johnson & Johnson’s benefits over the other vaccines. It only requires one dose, which is preferable for those who do not want or cannot make time for a second dose. It is also more like conventional vaccines, as it uses a disabled adenovirus rather than novel mRNA technology. Because the Johnson & Johnson vaccine is less fragile than mRNA, it can be stored in less cold temperatures than Pfizer and Moderna, and for longer periods. This makes it ideal for less developed regions that do not possess the technology for keeping vaccines in freezing conditions.

Despite the return of Johnson & Johnson vaccinations, health officials plan to continue closely monitoring the safety of the vaccine. In a recent CDC press release, CDC Director Dr. Rochelle Walensky said, “We identified exceptionally rare events—out of millions of doses of the Janssen COVID-19 administered—and we paused to examine them more carefully. As we always do, we will continue to watch all signals closely as more Americans are vaccinated.”

The schedule for continued rollout for Maryland remains unclear. Recently, on April 21, the FDA found major sanitation issues in Maryland’s Emergent BioSolutions plant in East Baltimore, which led to the contamination and subsequent disposal of 15 million doses of the Johnson & Johnson vaccine. Although a timeline was not specified, Johnson & Johnson will not resume rollout in Maryland until this plant resolves its issues, according to The Baltimore Sun.

The week of April 18 to 24 saw a 43 percent drop in Maryland COVID cases. The state is currently in Phase 3, in which all Marylanders ages 16 and older can receive the vaccine. Information about registration and sites are available here for statewide vaccinations and here for countywide vaccinations.