‘Raya and the Last Dragon”: a timely tale for representation 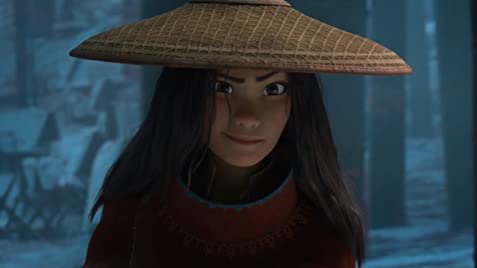 Disney released a timely film on March 5, 2021, as the beginning of more Asian representation to come: ‘Raya and the Last Dragon.’

Anticipation was high for Disney’s recent animated film, Raya and the Last Dragon. Already with its epic fight choreography, fantasy, mythology, and beautiful graphics in the context of Southeast Asian cultures, it has a promising premise.

Crafted by screenwriters Qui Nguyen and Adele Lim, who both share Southeast Asian descent, Raya and the Last Dragon takes place in a fantasy world called Kumandra, inspired by numerous Southeast Asian countries, including Brunei, Singapore, Laos, Thailand, Timor-Leste, Cambodia, Vietnam, Myanmar, Malaysia, Indonesia, and the Philippines. Once, dragons roamed Kumandra with humans, until an evil force, the Druuns, began sweeping civilians into stone figures and destroying their land. The dragon stone, the magical weapon that fended off the Druuns, is all that is left of the dragons.

Fueled by hate, wars, loss, and hunger, Kumandra has been divided into 5 respective kingdoms that represent a ligament of a dragon: Heart, Spine, Fang, Talon, and Tail. Raya, voiced by Vietnamese-American Kelly Marie Tran, is the daughter of Chief Benja, the leader of their kingdom, Heart. When attempts of unification goes astray, resulting in broken and stolen pieces of the dragon stone and the rise of the Druuns, Raya takes viewers along her quest to piece the stone back together again. In this venture, Raya begins to see the fruits of unity and the seeds of trust planted for them.

One of the main reasons for the movie’s high anticipation, understandably, is the representation this film could hold. Despite nearly being 6% of the U.S. population, Asians have been predominantly absent throughout the history of Hollywood and Disney, and even more so for Southeast Asians. However, through Kumandra, we’re able to see a glimpse of Southeast Asia and finally some long awaited representation.

Disney ties in snippets of various cultures: Raya means ‘celebration’ in Malay, and she carries Arnis sticks, weapons from Filipino martial arts. The other fantastic, animated fight scenes include moves from Thailand, Cambodia, Laos, Vietnam and Malaysia. Her animal companion ‘Tuk Tuk’ resembles the common Cambodian motorbike powered carriages, and her sword is inspired by Indonesian Kris. Sisu, the last dragon, is based on naga, which are serpent-like creatures originating from Southeast Asian folklore. Fang’s architecture is reminiscent of that in Indonesia while Talon’s floating marketplace touches on those of Vietnam. Food and clothing articles are also quite diverse here, picked from various countries. This is only a small handful of what Kumandra has to offer, and it’s likely that there are plenty more of these little easter eggs hidden throughout the film.

Yet, despite its extensive worldbuilding and cultural references, Raya and the Last Dragon fails to go any deeper. The cultural aspects of the film rather feels like a brief overview of what Southeast Asia has to offer, playing into the dangerous idea of grouping and generalizing cultures under the umbrella, Southeast Asia. Though it’s understandable and admirable that the directors and screenwriters aimed for audience members to find pieces of resonance within the film, these just become mere pieces in the grand scheme of the movie.

This could also be due to the film’s cramped runtime; just short of two hours, Raya and the Last Dragon attempts to go through numerous cultures and histories while trying to balance the overall plot and theme. In my opinion, Disney failed to maintain this balance, although it’s reasonable why. Asia is filled with a multitude of different people and backgrounds, it would be impossible to cover even a sliver of its complexities within a two hour time frame, not to mention keeping up with a plot.

With such a large cast of cultures, every country only gets a small slice of the movie. Disappointingly, these pieces don’t add up, which only leaves a stream of half-pursued, brief mentions of these cultures. Instead of a more graceful integration, the rushed timing feels more like crammed details.

For those not in the Asian community or unfamiliar with Southeast Asian cultures, it could be difficult to find or grasp any particular insight from Southeast Asia’s diversity in this film. Moreover, the voice actors of Raya and the Last Dragon are primarily East Asian, which offsets the attempts of representation on media and almost contradicts the whole focus on Southeast Asia.

The film also revolves around Raya’s journey into new lands dominated by the other clans. In the midst of her unfamiliar surroundings, she befriends some of the unlikeliest of friends while grappling with her own flaws and internalized beliefs. This is especially refreshing to see, as Disney does have it’s fair share of lackluster character motivations and internal conflicts. In fact, Raya’s flaws are some of the most defining points of this film.

As exciting as this was, Raya lacks clear character development needed to amplify overcoming her internal struggles, and so did many other characters. Her prominent trust issues and adamant attitude against unity occupies a significant portion of the film, only for it to suddenly disappear as the film reaches its climax and awaiting conclusion. Raya’s betrayer is quickly befriended at the climax as she also experiences a character change.

Nonetheless, Raya and the Last Dragon discusses an extremely relevant, and important idea: trust and unity.”

Instead of illustrating signs of changes in character perception and thoughts in the middle of the film, Sisu narrates this development through her dialogue instead, which leaves a jarring gap between the characters’ actions and words. The absence in character depth for the supporting cast also produces plot holes and blurs the goal of unity. On various occasions, Raya’s main focus seems to be on finding the dragon stone pieces rather than interacting with and learning from characters in the other clans.

Nonetheless, Raya and the Last Dragon discusses an extremely relevant, and important idea: trust and unity. Kumandra’s division is a rough parallel of ours, both racially and societally. It demonstrates our tendency to be consumed by the false and broken promises, and sheds light on the consequences of hanging onto those past hurts. Above all, it emphasizes the importance of healing together. Raya and the Last Dragon serves as a gentle reminder to stay willing to forgive and open to unity, and to actively pursue peace to build a harmonious world.

The message is timely and well-intentioned, but it could have been executed in a slightly less explicit fashion. The word ‘trust’ is repeatedly used throughout the movie, and openly discussed. While such conversations are helpful, it was repetitive in the context of the film. Raya and the Last Dragon places very intentional and explicit symbolism throughout the movie and its fantasy world; I felt it didn’t need to verbally articulate the finite definition of trust in order to get the message across.

This unnecessary emphasis on trust prevents the film from conveying the idea of finding alliance with one another and just strays slightly from the cliche ‘working together as a team’ trope. On the other hand, this articulation could have been beneficial for younger viewers, especially children.

Raya and the Last Dragon, dismayably, has some flaws. However, the biggest highlight of this film in my opinion, would be its exemplification of a very notable and important message regarding humanity and overcoming challenges together. Although its attempts to weave components of many Southeast Asian cultures into one narrative also had its shortcomings, it’s important to note that this film is the first insert of such illustrative stories. As more films continue to emerge from the cinematic industry, Southeast Asian representation on screen cannot stop here.

In fact, Raya and the Last Dragon has shown us it’s only the beginning of many Asian stories to come.