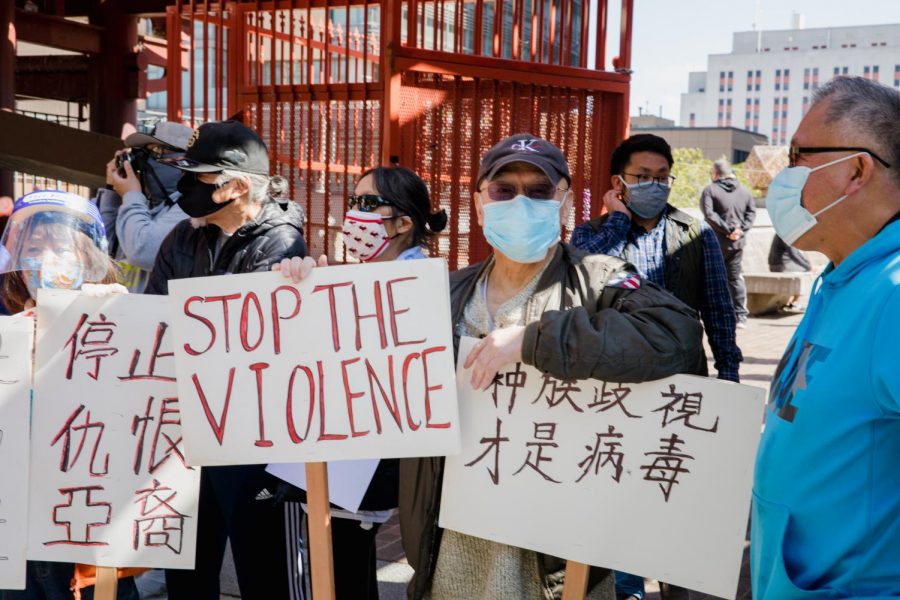 Increasing discrimination targeted toward Asian American and Pacific Islanders has elicited mixed reactions from the community.

“He said, ‘there’s no reason I should have to wear a mask, when her and her family brought the coronavirus here’ and pointed directly at me” freshman Michelle Yuen said, speaking about an encounter she faced as an Asian American during the COVID-19 pandemic. Discriminatory experiences like these have become more evident among Asian American and Pacific Islander communities recently.

Many attribute the increase in hate crimes towards these communities to xenophobic rhetoric used by some leaders in American government.

“I definitely feel like there is a lack of coverage [of anti-Asian hate crimes] and I feel like not a lot of people are speaking up about it” freshman Shirley Han said. Some students agree that news platforms have not covered the recent uptick in xenophobic hate crimes. Alternatively, other students have heard about the issue from social media platforms like Instagram, WeChat, Facebook and TikTok.

Stop AAPI Hate is a reporting center that was launched on March 19, 2020, at the beginning of the pandemic, in response to the surge of racism towards the Asian American and Pacific Islander communities. “The center tracks and responds to incidents of hate, violence, harassment, discrimination, shunning, and child bullying against Asian Americans and Pacific Islanders in the United States.” the organizational website said.

The center received 3,792 reports from March 19, 2020 to February 28, 2021, which is only a portion of the number of incidents that occur. The report concluded that about 68 percent of the reported incidents were verbal harassment and 21 percent were shunning or avoidance. Although verbal threats and discrimination usually cannot be charged as hate crimes, incidents like these can also instill fear and trauma in marginalized communities.

The center also found that about 11 percent of incidents were physically violent, about 9 percent were civil rights violations, and online harassment makes up for about 7 percent of reports made to Stop AAPI Hate.

Many RM students have expressed their concern for family members and friends who live in major cities, especially DC. “Seeing people [get hurt] that could be your family or your best friend, and you feel like you can’t do much to help,” Yuen said.

In an analysis by the Center for the Study of Hate & Extremism at California State University, San Bernardino, it was found that anti-Asian hate crimes had increased by 146 percent in 16 of the largest American cities in 2020, even though overall hate crimes had decreased by 7 percent.

Even though posting on social media has raised awareness for the rise in xenophobic hate crimes in the United States, some students believe that making the effort to educate yourself is the first step in making a difference. “It’s also not enough to only repost aesthetically pleasing tweets on Instagram; you also have to actively unlearn some of the [harmful) mindsets,” Han said.