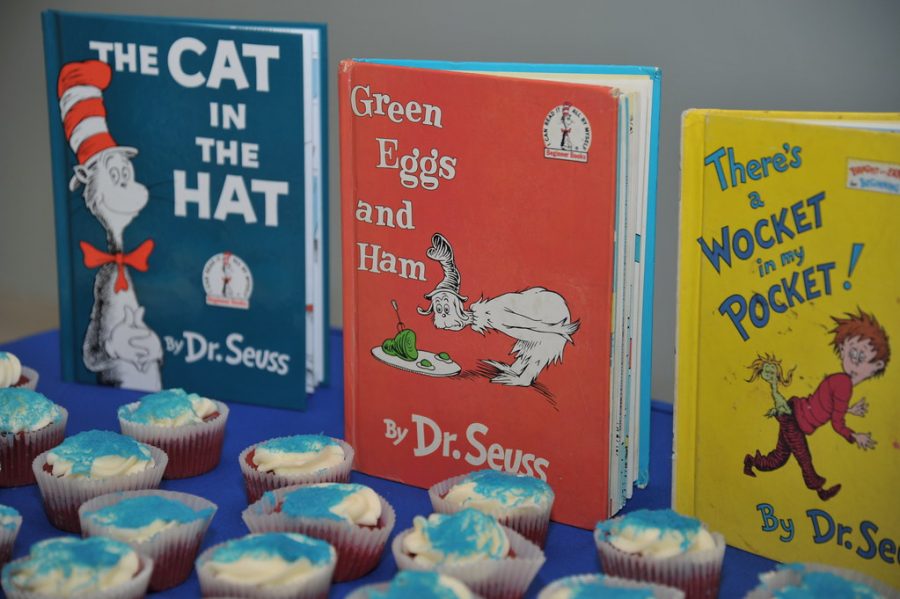 Six Dr. Seuss books will no longer be published because of racist imagery.

The internet erupted after it was announced that six Dr. Seuss books will no longer be published because of racist imagery. These books are “And to Think That I Saw It on Mulberry Street”, “If I Ran the Zoo”, “McElligot’s Pool”, “On Beyond Zebra!”, “Scrambled Eggs Super!”, and “The Cat’s Quizzer”. Bestsellers like “The Cat in the Hat” and “Green Eggs and Ham” have not been touched yet.

This was not the first time Seuss has been under fire for racism, although the widespread criticism of his work is relatively recent. Numerous students are unsurprised of the darkness in the popular children’s author. “I for one knew long ago about Dr. Seuss’s cartoons supporting Executive Order 9066 and it’s absolutely worth it for more people to be aware,” freshman Joshua Fan said.

The books were pulled as they contained offensive and insensitive depictions of certain races. “And to Think That I Saw It on Mulberry Street” included a stereotypical caricature of a Chinese boy with an Asian conical hat and two lines for eyes, holding chopsticks. In “If I Ran the Zoo”, Africans wearing grass skirts and monkey-like illustrations of black people were labeled as racist mockery.

“I think pulling [those books] from classrooms is a good move and a step forward. As an Asian-American who heard a lot of racist jokes directed towards me in elementary school, I realized how easily children can be influenced by the resources around them. A lot of them did not understand how hurtful they could be; they were just echoing what they likely heard and saw from other places,” an anonymous RM student said.

“These books portray people in ways that are hurtful and wrong,” Dr. Seuss Enterprises said in a statement made on March 2, the author’s birthday. “Ceasing sales of these books is only part of our commitment and our broader plan to ensure Dr. Seuss Enterprises’ catalog represents and supports all communities and families.”

Following the announcement, sales of Dr. Seuss books soared, dominating Amazon’s bestseller list. Independent sellers even priced copies of the now out-of-print books at prices in the hundreds and reaching the thousands. Controversy also broke out, with people questioning the need to discontinue these books, claiming that “cancel culture” had gone too far for “cancelling” books written decades ago.

Fan disagrees that “cancel culture” had anything to do with it, and thinks of the incident more as a product recall. “Nothing’s being cancelled or censored, nothing’s disappearing completely. The estate just decided to pull some books out of their own volition and I support that.” Fan was surprised that the decision filled headlines and caused such an uproar, believing it to be blown out of proportion due to rumors of banning the books.

However, the National Coalition Against Censorship (NCAC) also released a statement in response, disagreeing with the decision to drop the books. “While we cannot ignore the insidious effect of allowing children to uncritically encounter embedded racism in the books they read, we should not expunge those books from the culture as a whole. It is important to preserve our literary heritage even when it reflects attitudes that are no longer tolerated as they once were,” NCAC stated.

Many agree with the NCAC, arguing that if Dr. Seuss books are to be removed from schools or libraries, other historical books with racist elements should be removed too. “This type of profiling was deemed acceptable when [Seuss] wrote the book. Generally, I think he was trying to make different cultures seem more unique,” freshman Zachary Zhao said.

Libraries have affirmed their commitment to dismantling systemic racism and listening to their communities on what material is considered offensive, but the final decision to withdraw books ultimately resides with them. Some libraries plan to keep the books to use them as a “learning opportunity” whilst others have temporarily taken them off the shelves.

“I welcome any sort of reconsideration of history through different perspectives. Removing certain problematic works from being published is not erasing history. It only opens a conversation about reconsidering Dr. Seuss’s artwork, which is healthy and helpful to younger kids’ understanding of history,” Fan said.

4 Responses to “Removal of six Dr. Seuss books brings both backlash and praise”