‘To All The Boys: Always and Forever”: a love letter coming to a close 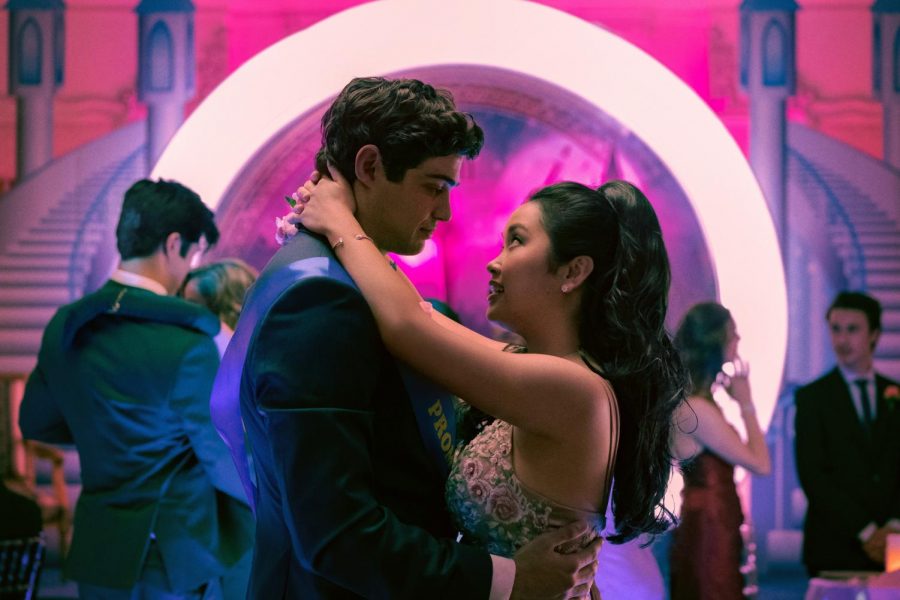 The last chapter of the “To All The Boys I’ve Loved Before” series was released by Netflix on Feb. 12, 2021.

The third and final installment of the “To All The Boys I’ve Loved Before” (or TATBILB) trilogy, “To All The Boys: Always and Forever,” was finally released to Netflix on Feb. 12—an exact year since the second film, “To All The Boys: P.S I Still Love You,” was released. Directed by Michael Fimognari, this film is based on the best-selling novel series written by Jenny Han. Though millions greatly loved the first film of the TATBILB series, the second film, unfortunately, did not live up to its immense anticipation. With its several disappointments, many fans were not as enthusiastic about the final film. However, “To All The Boys: Always And Forever” turned out to be much better than expected.

“To All The Boys: P.S I Still Love You” lacked many things, one of them being a prevalent issue that enhanced the film from just a regular cliche “love triangle” concept. In the third film, Lara Jean (Lana Condor) and Peter (Noah Centineo) meet the struggles of being in a romantic relationship while planning for college. This shows a very realistic issue that numerous high school relationships face, connecting better with the audience. You can understand and feel Lara Jean and Peter’s frustration and desperation as they try and develop several solutions for their relationship to work—and most of all, you care and worry about what happens to them next.

Another feature of this movie that I particularly enjoyed was the little nods to the first film. In the beginning, after Lara Jean returns from Korea and reunites with Peter, we get a nostalgic living room couch scene, similar to the one in the first movie. What made the one in the first film so impactful was that it allowed us to see Peter and Lara Jean bond with one another and Peter bond with Lara Jean’s little sister Kitty. Now in “To All The Boys: Always and Forever,” we see the couple talk about Korea’s famous love locks and Peter’s surprised but adorable reaction when Kitty reveals that she met a boy there.

One more recognition from the first film that I loved was the short scene between Gen and Lara Jean about halfway through. In “To All The Boys I’ve Loved Before,” Gen mocks Lara Jean’s shoes by the lockers, as in that time they were not on good terms. However, in the third film, we have the same setting with Gen and Lara Jean, but this time Gen compliments Lara Jeans on her shoes before Lara Jean decides to confide in her about college. This was such an important and entertaining scene to show Gen and Lara Jean’s progress in their relationship since the first film. More examples of small acknowledgments to the previous installments were heartfelt moments in the café and the iconic handshake of a contract agreement.

In TATBILB part three, we are reminded of a reason why Lara Jean and Peter connected so well, and that is the absence of someone important in their lives. We see that because Lara Jean’s mother tragically passed away, she and her older sister Margot understandably feel strange as they try to adapt to their dad’s new fiance, Trina, moving into their house. However, this film significantly focuses more on Peter’s complicated relationship with his estranged father. I found it very refreshing to see Peter face his father’s return but grow from it as well. Once they both talk at the café, Peter becomes closer to forgiving his father and learns a valuable lesson about love from him as well, which ultimately ends up saving his relationship with Lara Jean.

Though this movie is definitely not a masterpiece and painfully unrealistic in several ways—the biggest one being Peter getting into Stanford merely on a lacrosse scholarship—it is still far better than expected. I was ready to go into this movie making a list of all the terrible things about it. But I was shocked to see that this film was not half bad compared to many other teen rom-coms, especially the second movie in its trilogy. Although nothing can match up to the magic of the first TATBILB movie, “To All The Boys: Always and Forever” is assuredly much better than the second and an overall enjoyable and lighthearted film to watch—perfect for a Valentine’s Day flick.