‘Minari’: an American film about the American dream 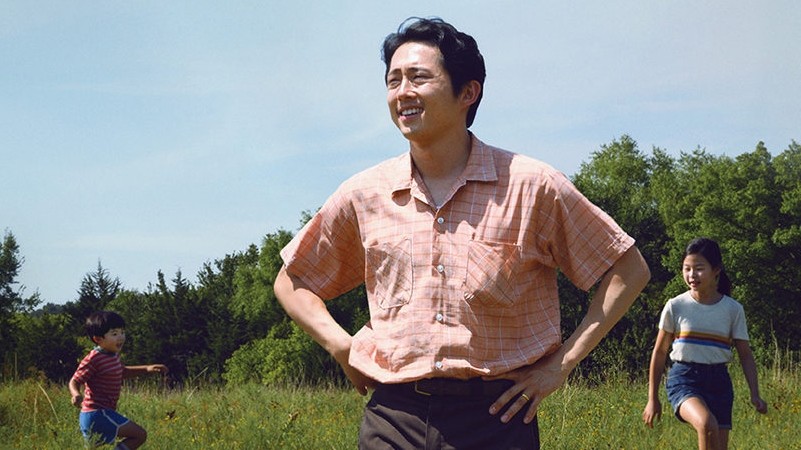 Photo courtesy of A24

‘Minari’ recently won best foreign language film in the Golden Globes, fuelling controversy about what it means to be an “American” film.

A film produced in the United States. A narrative written and directed by an American filmmaker. A screenplay that represents the countless origin stories of many American families. What could be more ‘American’ than that?

According to the recent Golden Globes nominations and winners, it’s not enough.

Minari, a film directed by Lee Isaac Chung, centers around a Korean family that immigrates to rural Arkansas to start a farm, search for new opportunities, and make a home. Its plot and cinematography has garnered the attention of many critics for its raw and intimate retelling of many immigrant stories.

But instead of being nominated in the Best Picture category, it was put under the nomination for best foreign language film. Undoubtedly, this decision sparked much controversy and confusion.

The problem with this nomination is not the nomination itself, but rather the implication behind the categorization. It points a jagged finger at the idea of ‘being different’ and reminds people of color, specifically Asians and immigrants in this case, that they are perpetual foreigners, ‘outsiders.’ There is a dissociation between nationality and ethnicity where neither can coexist unless they stem from uniform countries. This poses a new question for the film industry as we ponder what it means to be an ‘American’ film.

However, in an interview with Vanity Fair, it was revealed that Minari had no choice but to contend for the foreign language category due to the Hollywood Foreign Press Association (HFPA) and Golden Globe rules: “Any film with at least 50% of non-English dialogue goes into the foreign language category.” With films listed under this award, they were also barred from being considered for other nominations. For Minari, a film with primarily Korean dialogue, this meant that it was only eligible to be nominated under the aforementioned category.

Ironically, just last year, HFPA bent their rules for the Oscar-winning Parasite and had a history for making special exceptions (found in the Hollywood Reporter), although these films were from different countries.

Where, then, did Minari go wrong?

Nowhere—the arguable fault would be found in the culture of cinema. Hollywood, famous for its films, is also notorious for its slow pace towards diversity and inclusion on screen. Typically, films placed under the foreign language category are from other countries, hence the reason behind such a categorization rule. Historically speaking, there weren’t many—if not any—films produced in the U.S. with minimal English, not to mention the lesser number of POC directors and screenwriters.

Minari, one of the newer exceptions to this precedent, was inspired by the histories of thousands of immigrants and the tribulations they faced while making America their home. The story could be argued as more ‘American’ than the Wild West could ever be. The Farewell, directed by Lulu Wang, is another stellar Asian American film that was placed under the foreign language category despite its deeply American storyline.

If anything, this categorization has signaled a need for change. The U.S. is a mixture of languages and stories—one of the qualities that make this country so unique. It’s time that the screens we watch and the award shows we follow reflect such features.